Prince Andrew has issued another statement seeking to distance himself from Jeffrey Epstein. The two were close associates for nearly a decade as Epstein allegedly molested and manipulated young girls. 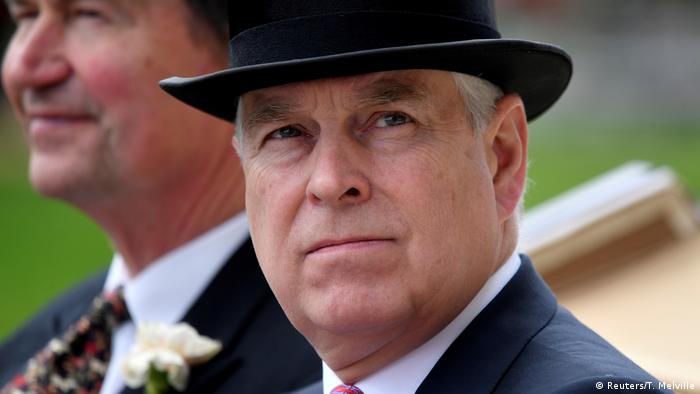 Britain's Prince Andrew said on Saturday he never saw or suspected any sex crimes during the time he spent with late convicted pedophile Jeffrey Epstein.

Andrew has faced years of public scrutiny surrounding his relationship with the US financier, who committed suicide earlier this month in a New York prison where he was awaiting trial on sex trafficking charges. The victims of his alleged crimes are now going after the billionaire's estate.

In a statement, the Duke of York said he aimed to "clarify the facts to avoid further speculation" about his relationship with a man who nearly two dozen women accuse of raping them as minors and forcing them to perform sexual acts on Epstein's friends and associates.

"I met Mr. Epstein in 1999. During the time I knew him, I saw him infrequently and probably no more than only once or twice a year. I have stayed in a number of his residences," Andrew said.

"At no stage during the limited time I spent with him did I see, witness or suspect any behaviour of the sort that subsequently led to his arrest and conviction."

Andrew, who is the second son of Queen Elizabeth, said it was a "mistake" to meet Epstein after 2010 when the child abuser left a Florida prison after pleading guilty to paying a teenage girl for sex in  a controversial plea agreement.

He also expressed sympathy with the victims.

"His suicide has left many unanswered questions and I acknowledge and sympathise with everyone who has been affected and wants some form of closure," said Andrew.

"What I thought I knew of him was evidently not the real person, given what we now know."

One notorious picture shows Andrew with his arm around the waist of Giuffre with socialite Ghislaine Maxwell in the background. Maxwell acted as a sort of procurer of young girls for Epstein, according to victims.

The French investigation comes as a charity said it had collected 10 witness statements linking Jeffrey Epstein to sex crimes. The late pedophile had a luxury apartment in Paris. (23.08.2019)

Nine people have been arrested in Thailand, Australia and the US in connection with an online pedophilia network. Fifty children were rescued in the international operation. (23.05.2019)