An autopsy carried out on disgraced US financier Jeffrey Epstein's body has determined that the cause of death was suicide. He was found dead in his New York jail cell while awaiting numerous sex trafficking charges. 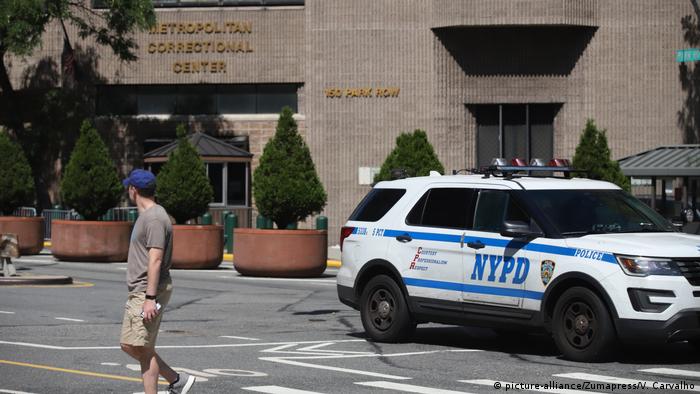 An autopsy has confirmed that billionaire Jeffrey Epstein died of suicide by hanging.

Epstein, 66, was found dead in his jail cell on August 10 at the Metropolitan Correctional Center (MCC) in lower Manhattan.

Epstein had been awaiting trial on charges for the sex trafficking of dozens of underage girls as young as 14 in the early 2000s.

"We are sending the determination out very shortly. It is suicide by hanging," said Aja Worthy-Davis, a spokesperson for New York's chief medical examiner. The autopsy revealed that Epstein's neck had been broken in several places, which was consistent with a death by hanging.

It was subsequently revealed that the guards watching Epstein may have fallen asleep and falsified documents, making it appear they had carried out routine cell checks.

Epstein's lawyers said Friday they were "not satisfied with the conclusions of the medical examiner" and would conduct their own investigation into his death. They also demanded the authorities to show them video footage from the jail.

"It is indisputable that the authorities violated their own protocols," the lawyers said, decrying the "harsh, even medieval conditions" at the facility.

The well-connected American financier, whose circle of friends and acquaintances included US President Donald Trump, former President Bill Clinton and Britain's Prince Andrew, was arrested on July 6 and pleaded not guilty to the federal charges.

The unusual circumstances surrounding his death sparked controversy and authorities demanded an investigation into his death.

Numerous unsubstantiated conspiracy theories were shared online in the wake of his death. Trump shared a tweet from an unverified account making false claims about the financier's activities with former President Clinton.

The Federal Bureau of Prisons, which oversees the MCC facility where Epstein died, has said there had not been a single inmate suicide there since 2006.

Guards on Jeffrey Epstein's unit were working extreme overtime when the accused sex trafficker died, media have reported. The US attorney general said he would probe the "serious irregularities" at the jail. (12.08.2019)