Guards on Jeffrey Epstein's unit were working extreme overtime when the accused sex trafficker died, media have reported. The US attorney general said he would probe the "serious irregularities" at the jail. 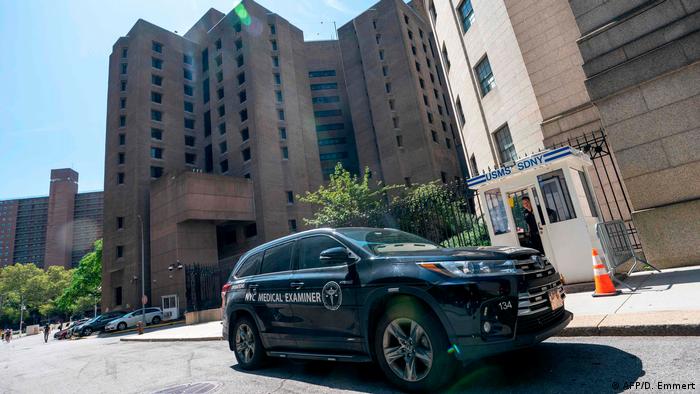 As authorities were conducting Jeffrey Epstein's autopsy in New York City, The Associated Press reported that just two guards — one working a fifth day of overtime and another working mandatory overtime — were on duty at the Metropolitan Correctional Center on the morning of the US financier's apparent suicide. And The New York Times has reported thatjail staff failed to follow protocols leading up to the death of the convicted sex offender.

Epstein, who had pleaded not guilty to federal trafficking and conspiracy charges, was denied bail and faced up to 45 years in prison. In a previous incident in July, guards found him unconscious on the floor of his cell with marks on his neck. He was then placed on suicide watch.

Justice Department officials said they expected Epstein would have a cellmate and that guards would monitor them every 30 minutes. However, that did not happen during the night before the billionaire's death, an official said.

"Heads must roll," Republican Senator Ben Sasse, a member of the Senate Judiciary Committee, wrote in a letter to Attorney General William Barr. "Every single person in the Justice Department — from your Main Justice headquarters staff all the way to the night-shift jailer — knew that this man was a suicide risk, and that his dark secrets couldn't be allowed to die with him."

On Monday, Barr vowed that the case against Epstein's co-conspirators would continue and criticized "serious irregularities" at the jail where he died.

"We are now learning of serious irregularities at this facility that are deeply concerning and demand a thorough investigation," Barr said. He did not elaborate on what the irregularities were. 'It is even said that he likes beautiful women as much as I do,' Trump once said of Epstein. "And many of them are on the younger side'

Two French cabinet ministers on Monday called for a probe within France after a French non-governmental organization campaigning against child abuse, Innocence En Danger (Youths at Risk), alleged that Epstein shared ownership of a property in Paris and regularly spent time there.

On Saturday, Trump retweeted a theory from Terrence Williams, a comedian who supports the president, about Clinton's supposed hand in Epstein's death. He also shared a tweet claiming that "top Democrats, including Bill Clinton, took private trips to Jeffrey Epstein's 'pedophilia island.'"

Although Clinton traveled several times on Epstein's plane, the former president said he never visited the Caribbean island where the billionaire and friends reportedly assaulted minors.

"You do hear different people asking questions and they want to know who else was involved in Epstein's crimes or even just activities," Trump adviser Kellyanne Conway told Fox News on Sunday. 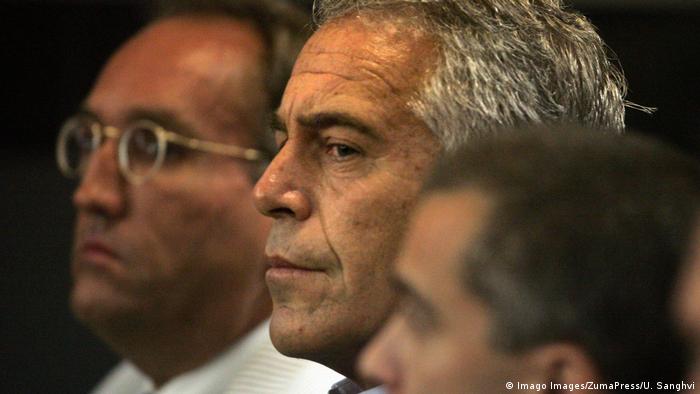 On Sunday, Democratic presidential candidates handed Trump a verbal smackdown for promoting theories about the death of the disgraced financier. "This is another example of our president using this position of public trust to attack his political enemies with unfounded conspiracy theories," Beto O'Rourke, a former congressman from Texas, said on CNN's State of the Union.

New Jersey Senator Cory Booker told CNN that the president "is giving life to not just conspiracy theories but really whipping people up into anger and worse against different people in this country."

In July, Trump's labor secretary, Alexander Acosta, was forced to step down after it emerged that, while serving as Florida's US attorney, he had brokered a secret deal in 2008 to help Epstein avoid serious prison time after he was convicted of paying young girls for sexual massages at his Palm Beach mansion.

The hedge fund manager has been accused of sexual acts with underage girls. He was arrested over the weekend but has denied all charges. (09.07.2019)