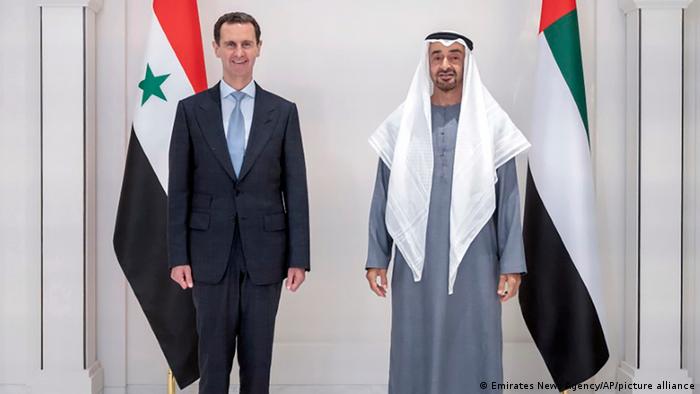 Syrian President Bashar al-Assad held talks in the United Arab Emirates (UAE) on Friday, his office said. This was his first official visit to an Arab country since the Syrian civil war erupted in 2011.

Assad's only trips outside Syria during the war have been to Iran and Russia. Both nations have been key supporters of his regime.

Sheikh Mohammed "stressed that Syria is a fundamental pillar of Arab security and that the UAE is keen to strengthen cooperation with it," WAM reported.

He hoped Assad's visit would "pave the way for goodness, peace and stability to prevail in Syria and the entire region, it added.

The Syrian president also held a meeting with Sheikh Mohammed bin Rashid Al Maktoum, vice president and prime minister of the UAE and the ruler of Dubai.

Assad stressed the UAE's role in the region during the meetings, according to the state-run Syrian News Agency (SANA).

"Therefore, to protect our region we must continue to adhere to our principles, the sovereignty of our countries and the interests of our people," he said. 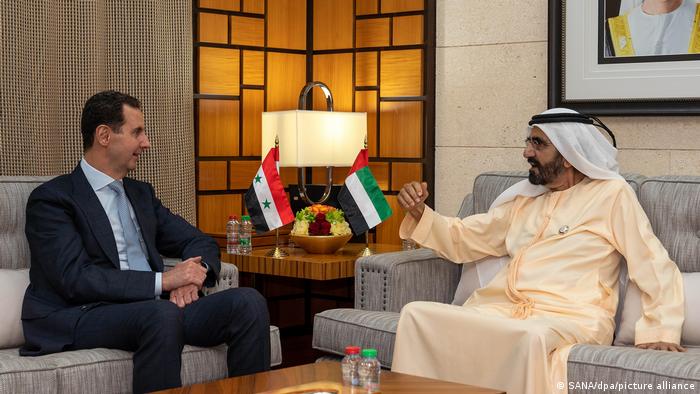 Several Arab countries have been reviving their ties with Damascus, suggesting an effort to bring Syria back into the Arab fold.

The UAE, a US-allied country, had broken ties with Syria in February 2012 and later backed rebels who sought Assad's ouster.

It reopened its embassy in Damascus in December 2018, and in March 2021, called for Syria's return to the Arab League.

In November, UAE's foreign minister met Assad in the Syrian capital for the first time since the civil war began.

How did the US respond?

The visit drew a sharp rebuke from Washington, which said it opposed efforts to normalise ties or rehabilitate Assad.

The US State Department added it was "profoundly disappointed and troubled" by what it called an apparent attempt to legitimize Assad.

"We urge states considering engagement with the Assad regime to weigh carefully the horrific atrocities visited by the regime on the Syrians over the last decade," State Department spokesperson Ned Price said in a statement.

The timing of Assad's visit coincided with the 11th anniversary of the anti-government uprising in Syria.