Assad has won another seven-year term with a vote share of 95.1%. The rather predictable official results are unlikely to quell criticism from the West. 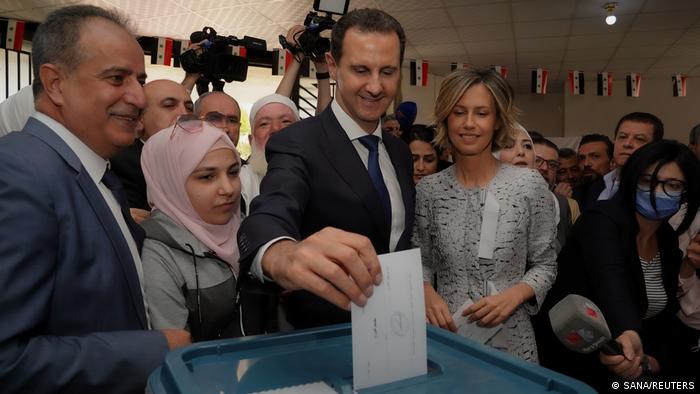 The official tally gave Assad 95.1% of the vote

Syrian President Bashar Assad won a fourth term in office with 95.1% of votes, the country's parliament speaker announced in a live conference on Thursday.

The Syrian government's official Twitter account posted: "The Syrians had their say. Bashar al-Assad wins the presidential elections of the Syrian Arab Republic after obtaining 95.1% of the votes inside and outside Syria."

The landslide victory grants Assad another seven-year term in office in the war-torn country.

Assad's government claimed the election showed Syria was still functioning normally despite the decade-old conflict, which has killed hundreds of thousands of people and driven some 11 million people — about half the population — from their homes.

US casts doubts over ballot fairness

US and European officials have questioned the legitimacy of the ballot, saying it violated UN resolutions seeking to resolve the ongoing conflict in Syria. Those officials have also complained over a lack of international monitoring for the election. 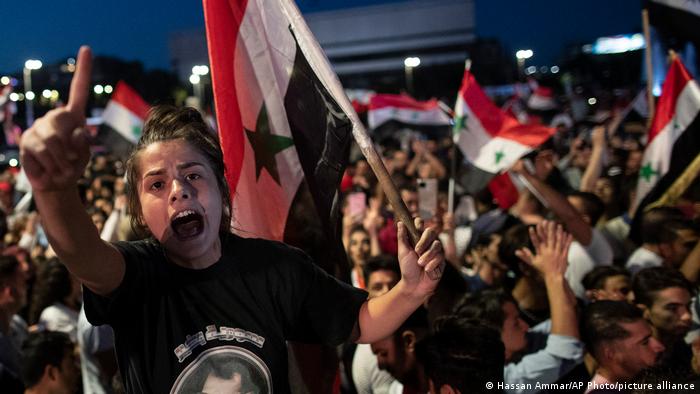 Assad supporters took to the streets of Damascus to celebrate his victory.

Voting was only possible in areas of the country under government control. Many refugees who have fled the fighting in Syria in recent years were also either unable or unwilling to participate.

Three contenders were allowed to run in the vote, with around four dozen rejected by Syrian authorities. Assad faced symbolic opposition from a former minister of his, Abdullah Salum Abdullah, and a longstanding member of a government-sanctioned opposition group, Mahmoud Ahmad.

Syrian state-run media says explosions near the Mediterranean port city of Latakia were caused by air defenses engaging "enemy targets." Syria says one civilian has died and six are wounded.

A decade after the Arab Spring, this film tells the story of the uprisings known as the "Arabellion." The protagonists describe how it started, what happened and what life is like today in Tunisia, Libya and Egypt.

The 21-year-old Syrian, motivated by homophobia, has received the maximum sentence possible after a fatal attack on a gay couple in Dresden.