The international community should not be "fooled" by Syria preparing to hold a presidential election this summer, Washington's envoy to the UN has said, warning the vote would be "neither free nor fair." 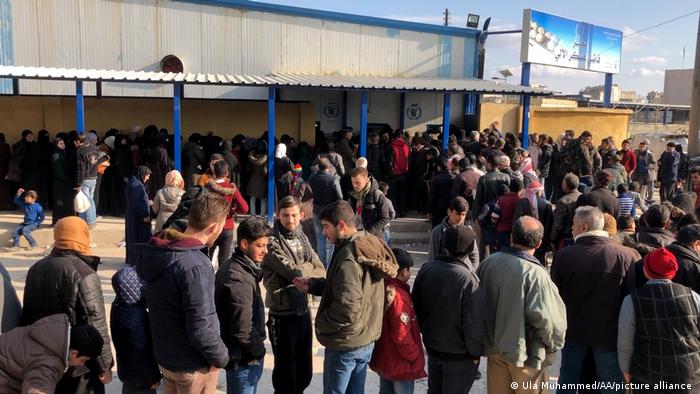 In addition to fighting, Syrians also face food shortages, as shown by this bread line in Aleppo

Syria is set to hold a presidential election this year, but Washington urged world powers not to "be fooled" by the upcoming vote.

"These elections will neither be free nor fair. They will not legitimize the Assad regime," US envoy Linda Thomas-Greenfield told the Security Council on Monday. Her comments come  on the 10th anniversary of the conflict

which started as street protests against President Bashar al-Assad.

Thomas-Greenfield also said the elections, which are scheduled to be held in the summer, would not meet the criteria laid out in the UN's Resolution 2254 on Syria.

That 2015 documents says such elections must be supervised by the UN or conducted under a new constitution.

The US called the meeting on Syria on March 15 because it coincided with the anniversary of the beginning of the conflict in 2011.

"We, the foreign ministers of France, Germany, Italy, the United Kingdom and the United States, will not abandon the Syrian people," a statement from the five governments said.

"Our nations commit to reinvigorating the pursuit of a peaceful solution which protects the rights and future prosperity of all Syrians."

Russia's UN envoy Vassily Nebenzia said the March 2011 unrest had been stirred up "by outside forces."

"Their aim was to overthrow the legitimate Syrian authorities and reformat the country in their hands," he said.

The UN special envoy for Syria said Monday a new format is needed to bring together key nations with an influence on the conflict, including the United States, Russia, Iran, Turkey, Arab states and the EU.

Geir Pedersen said Syria "is among the most deeply internationalized conflicts of a generation, with many of the issues that matter most to the Syrians not even in Syrian hands." 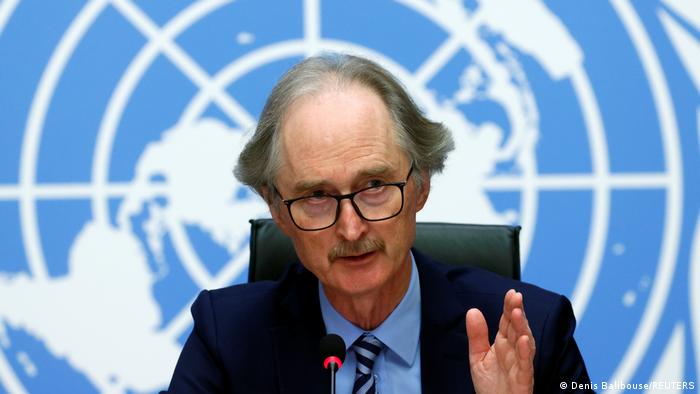 Addressing the "grim anniversary," he said the Syrian conflict, which has seen an estimated 500,000 deaths, has lasted "roughly the length of World War I and World War II combined."

Russia, Iran, Turkey and the US are all militarily involved in Syria.

But Pedersen said Arab states, the EU, and all five permanent Security Council members, China, Britain and France, should be included in any talks.

The Norwegian diplomat said it should be "based on the understanding that none of them can dictate the outcome on the Syrian conflict."

Since Syria’s civil war erupted in 2011, there have been many high-level gatherings designed to stop the fighting and guide Syria to a political transition. None has made a lasting impact.