The German lender has started providing files to New York authorities related to funding of Trump projects. Investigators are interested in Deutsche Bank as it is one of the few banks to lend to the Trump Organization. 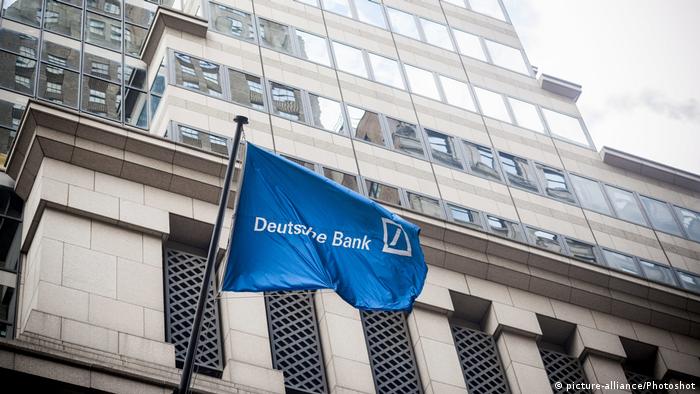 Deutsche Bank has begun to provide financial documents to New York state authorities related to loans for US President Donald Trump and his business.

In March, New York Attorney General Letitia James subpoenaed the German lender for records on loans it provided to the Trump Organization.

The bank is now handing over emails and loan documents related to the financing of Trump hotels in Miami, Chicago, and Washington, D.C., and to a failed attempt to buy the Buffalo Bills football team in 2014, CNN and AFP reported on Wednesday.

Deutsche Bank has been one of the few major banks to lend to Trump and his family-owned organization, following several defaults and bankruptcies by the real estate mogul in the 1990s. The German bank stopped lending to Trump after he entered office as US president in 2017.

A 2018 financial disclosure form showed that Trump had at least $130 million (€115 million) in outstanding liabilities to Deutsche Bank's American unit. The bank has loaned Trump and his organization some $2 billion over the years.

The US House Intelligence and Financial Services committees earlier this month issued subpoenas to Deutsche Bank and other banks seeking information about Trump's business dealings and possible Russian money laundering.

The subpoenas marked a renewed push by Democratic leaders to collect information on the president's finances and that of the Trump Organization since they gained control of the House last fall.

The House Intelligence and Financial Services committees' investigations are a part of a larger Democratic effort to dig into Trump's finances.

The powerful Ways and Means Committee is also attempting to access to Trump's personal and business tax returns. Trump did not release his tax documents during the 2016 campaign, as is standard for presidential candidates.

On Tuesday, the US Treasury let a deadline set by the Ways and Means Committee pass, signaling that the administration intends to reject the request. Trump on Wednesday said he would fight all congressional subpoenas, setting the stage for a drawn-out legal battle.

The Justice Department has released special counsel Robert Mueller's long-awaited report on the Russia investigation. Before that, Attorney General William Barr delivered his take at a press conference. (18.04.2019)

A money laundering probe stemming from the "Panama Papers" has led police to Deutsche Bank, according to authorities. Prosecutors believe the bank helped clients "transfer money from criminal activities" to tax havens. (29.11.2018)