House Democrats have subpoenaed the German lender and several other banks as part of a probe into the US president's finances. The investigation seeks information related to possible Russian money laundering. 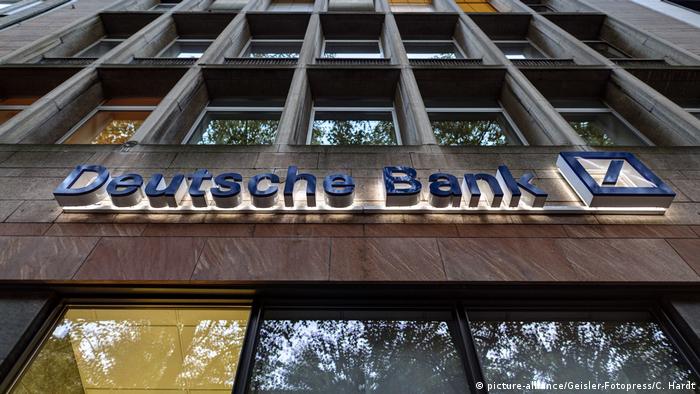 Deutsche Bank and several other banking institutions were subpoenaed on Monday by two US House of Representatives committees investigating President Donald Trump's finances.

The subpoenas mark a renewed push by Democratic leaders to collect information on the president's finances and that of the Trump Organization since they gained control of the House last fall.

Deutsche Bank has been one of the few major banks to lend to Trump and his family-owned organization, following several defaults and bankruptcies by the real-estate mogul. The German bank stopped lending to Trump after he became president in 2017.

A 2018 financial disclosure form showed that Trump had at least $130 million (€115 million) in outstanding liabilities to Deutsche Bank's American unit. The bank has loaned Trump and his organization some $2 billion over the years.

House Intelligence Committee Chairman Adam Schiff said in a statement that the subpoena to Deutsche Bank was "friendly."

"As part of our oversight authority and authorized investigation into allegations of potential foreign influence on the US political process, the House Intelligence Committee today issued subpoenas to multiple financial institutions in coordination with the House Financial Services Committee, including a friendly subpoena to Deutsche Bank, which has been cooperative with the Committees. We look forward to their continued cooperation and compliance," Schiff said in a statement.

Deutsche Bank spokeswoman Kerrie McHugh said the bank was engaged in a "productive dialogue" with the two committees.

"We remain committed to providing appropriate information to all authorized investigations in a manner consistent with our legal obligations," she said in an emailed statement.

Legal battles on horizon as Democrats dig into Trump's finances

Deutsche Bank has expected a subpoena since at least January, when Democrats took control of the House vowing to expand probes into Trump's finances.

The New York Times, which first broke the story, reported that congressional investigators have been negotiating with Deutsche Bank over the terms of the disclosures.

A subpoena allows Deutsche Bank to overcome legal constraints concerning client confidentiality, but the request for documents may be challenged by the White House.

The House Intelligence and Financial Services committees' investigations are a part of a larger Democratic effort to dig into Trump's finances.

The powerful Ways and Means Committee is attempting to get access to Trump's personal and business tax returns. Trump did not release his tax documents during the 2016 campaign, as is standard for presidential candidates.

Special counsel Robert Mueller did not find evidence of collusion between US President Donald Trump's campaign team and the Russian government. But the president has not been completely exonerated of other crimes. (24.03.2019)

Germany's two largest lenders, Deutsche Bank and Commerzbank, have confirmed they are in merger talks, bowing to pressure from the government. Both banks saw their share prices collapse by more than half last year. (17.03.2019)

A US congressional panel has kicked off a sweeping investigation into alleged abuses by President Donald Trump and his associates. The probe could pave the way for an impeachment attempt. (04.03.2019)