German financial regulator BaFin has formally ordered Deutsche Bank to do more to prevent money laundering and terrorist financing, taking the unprecedented step of appointing a monitor to oversee the lender's efforts. 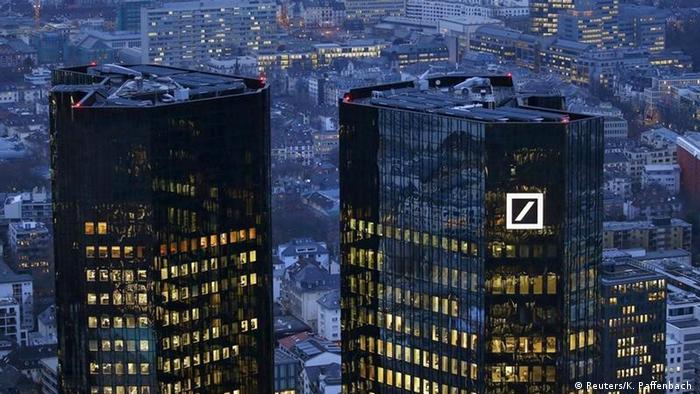 Deutsche Bank was ordered to "take appropriate internal safeguards and comply with general due diligence obligations," BaFin said in a statement on Monday, as it assigned audit firm KPMG to help the lender fulfill the regulatory requirements.

It is the first time the German financial markets supervisor has installed such a monitor at a German bank. BaFin said it had appointed KPMG for a three year period to assess Deutsche Bank's progress.

Germany's biggest bank said in a statement it agreed with BaFin that it needed to improve its processes to properly identify clients. "We have the strong commitment to operate within regulatory compliant practices for the identification of our clients."

The unprecedented move comes in the light of stepped up scrutiny of banks' dealings with their customers following a series of scandals.

Deutsche Bank is the most recent European lender to be reprimanded by regulators for lax money laundering rules. Last week, Denmark's Danske Bank admitted that about $234 billion of largely suspicious funds flowed through a tiny unit in Estonia.

And Dutch bank ING ousted its chief financial officer earlier this month after receiving a $900-million fine related to money laundering, while Credit Suisse Group was also censured by Switzerland.

On Monday, BaFin did not provide any detail on what had triggered its move. But according to people familiar with the matter and cited by the news agency Reuters, the decision was not caused by any wrongdoing.

Deutsche Bank acknowledged in August that it had uncovered further shortcomings in its ability to fully identify clients and the source of their wealth.

It also admitted that its anti-money laundering processes remained inefficient more than a year after it was fined for helping wealthy Russians move about $10 billion out of the country.

In January 2017, the lender agreed to pay US and British regulators $630 million in fines over artificial trades between Moscow, London and New York that authorities said were used to launder Russian money.

The action by BaFin also comes after Deutsche Bank's business in the United States failed an annual stress test carried out by the US Federal Reserve because of "widespread and critical deficiencies" in its internal controls.

Germany's most valuable financial services provider is probably not one you have heard of. But it just overtook Deutsche Bank and looks set to relegate Commerzbank from the DAX. (15.08.2018)