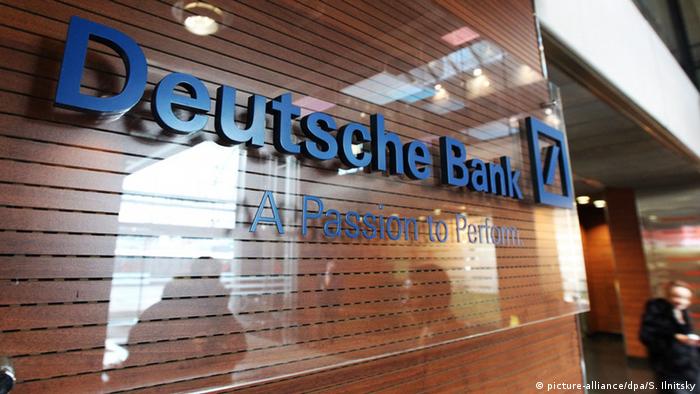 Russian business daily "RBK" reported Monday that tax authorities were seeking millions in lost tax revenues from Deutsche Bank after finding alleged irregularities in how the lender dealt with currency swaps in 2013 and 2014.

Authorities were quoted as saying that the bank owed Russia $10 billion (8.8 billion euros).

Tax investigators said that in the years under review, Deutsche Bank had made currency transaction deals, buying in Russia and then selling to its subsidiary in London.

According to "RBK," the problem was that those currency swaps were profitable, while Deutsche Bank declared them as loss-making to Russian tax authorities.

Earlier this year, Deutsche was hit with yet another penalty as New York and British authorities slapped it with nearly $360 million over alleged money laundering in Russia.

At the beginning of this month, the German banking giant reported a net loss of 1.4 billion euros for 2016, struggling with the impact of mammoth fines, lower revenues and restructuring costs.

Germany's largest lender has apologized for its costly mistakes in the past as it deals with historic legal troubles. Last week, Deutsche Bank announced a 1.4 billion euro annual loss. (05.02.2017)

Investigators carried out searches at Deutsche Bank and its subsidiary DWS as part of an investigation into investment fraud.

Russia's invasion of its neighbor and the sanctions that followed have meant spiraling energy costs across the EU. Inflation in Germany is at its highest since reunification in 1990.