Germany's largest lender has apologized for its costly mistakes in the past as it deals with historic legal troubles. Last week, Deutsche Bank announced a 1.4 billion euro annual loss. 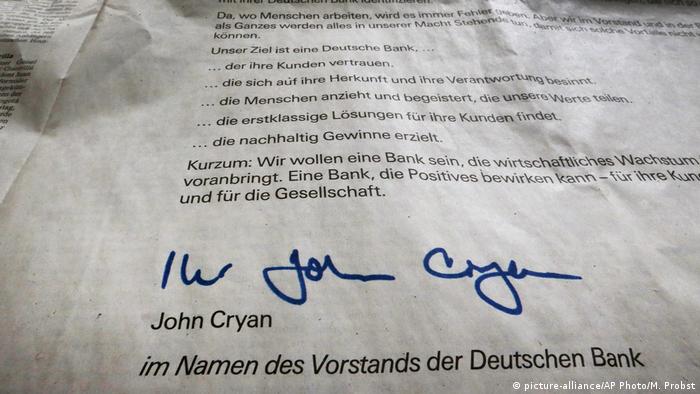 "Serious mistakes were made," reads the advertisement that ran in several German newspapers on Saturday.

The situation must be really bad for a firm that tries to sell a gigantic loss as a success story, as Deutsche Bank has done. After a year of transition, it's time for CEO John Cryan to deliver, says DW's Henrik Böhme. (02.02.2017)

Germany's biggest lender has accrued a massive loss for the second year running as legal costs for past misdeeds outstripped profits from bond trading, disappointing investors who had hoped for a better result. (02.02.2017)

The German bank has been fined over a "mirror trading" scheme that moved billions out of Russia between 2011 and 2015. The US Department of Justice has said it is also investigating the matter. (31.01.2017)

"Since I became chief executive of Deutsche Bank one-and-a-half years ago, we have had to pay around five billion euros 5.4 billion dollars in legal cases largely originating from several years ago," chief executive John Cryan said in the ad.

Cryan admitted that the bank's past conduct "not only cost us money, but also our reputation and trust."

In December, Deutsche Bank agreed to a $7.2 billion (6.6 billion euros) settlement with the US Justice Department over its dealings in opaque bonds based on home loans in 2005-2007. Losses on such bonds packaged and sold by major banks helped start the global financial crisis.

The lender is still facing about 7,000 separate lawsuits and regulatory cases, which analysts say could take years to resolve. 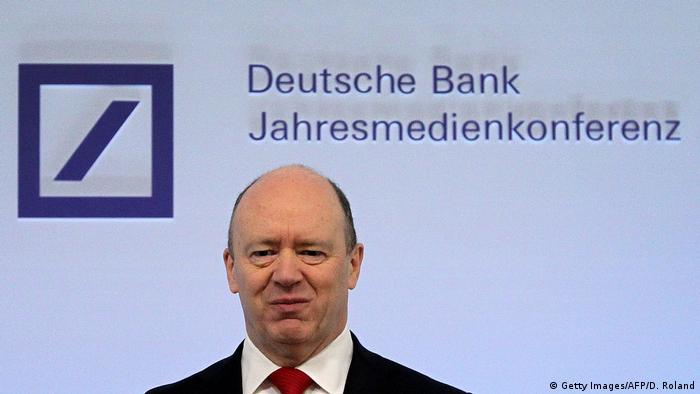 However the lender said that despite ongoing legal troubles it had managed to "end key legal cases."

Costs for legal settlements have played a role in weak earnings that have undermined the bank's share price.

Cryan also delivered an extensive apology at the news conference.