German banking giant Deutsche Bank's US operations failed the Fed's second round of stress tests, the qualitative test. Of the big banks tested, 32 out of the 35 passed the test. 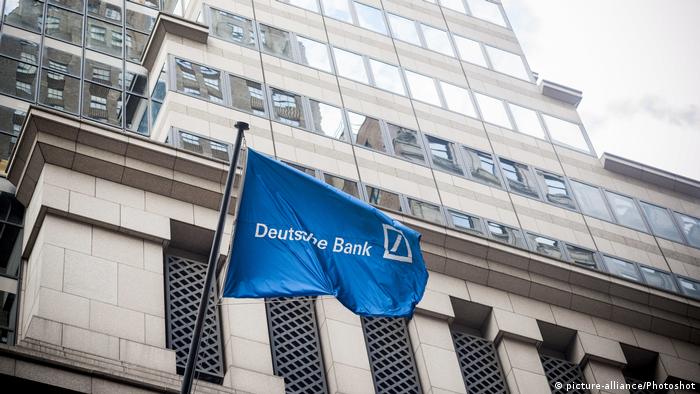 The US Federal Reserve said on Thursday that Deutsche Bank US operations had failed the central bank's annual stress test due to "widespread and critical deficiencies" in its risk management.

While the bank passed an earlier set of tests, it's not the first time that the German banking giant has been unable to pass a US annual stress test, having failed similar tests in 2015 and 2016.

Deutsche's negative result came after the Federal Reserve carried out its second round of annual stress tests, where it found that 32 out of the 35 major banks in the US had passed the test. As a result, the banking authority gave the approval for these financial institutions to raise dividends and buy back shares.The US regulator gave conditional approval to Goldman Sachs and Morgan Stanley whose capital levels were adversely affected during the test by changes to the US tax code.

Randal Quarles, the Fed's newly appointed vice chairman for banking supervision, said in a statement that Thursday's results "demonstrate that the largest banks have strong capital levels, and after making their approved capital distributions, would retain their ability to lend even in a severe recession."

The notable exception was Deutsche Bank's American operations. The Fed said it "objected to the capital plan of DB USA Corporation because of widespread and critical deficiencies across the firm's capital planning practices."

"Concerns include material weaknesses in the firm's data capabilities and controls supporting its capital planning process, as well as weaknesses in its approaches and assumptions used to forecast revenues and losses under stress," the US central banking authority added in a statement.

Read more: Opinion: Deutsche Bank — Is this the last bullet?

Ultimately, the Federal Reserve concluded that if Deutsche Bank was hit by an economic downturn or financial crisis, the bank would be in danger due to poor data capabilities and internal controls, bad forecasts for revenue and losses under stress, and substandard internal audits.

Deutsche Bank, Europe's second-largest lender, received the news in the midst of concerns from shareholders, who had expressed serious doubts about the bank's health. The German banking giant saw its shares hit a two-year low on the German stock exchange on Wednesday.

In response to the results, Deutsche said it was making significant investments to improve its US subsidiary's capital planning capabilities, as well as controls and infrastructure.

"DBUSA continues to make progress across a range of programs and will continue to build on these efforts and to engage constructively with regulators to meet both internal and regulatory expectations," the bank said in a statement.

Failing the US stress test is not expected to affect the banks' ability to pay dividends to shareholders. But it will require Deutsche to make changes to its US operations, such as substantial investment in technology, operations, risk management and personnel, as well as changes to its governance.

The US Federal Reserve has raised its key lending rate by another quarter-point — the second time in 2018, and aimed at staying ahead of growing inflation amid strong growth and robust employment. (13.06.2018)