The US Federal Reserve has raised its key lending rate by another quarter-point — the second time in 2018, and aimed at staying ahead of growing inflation amid strong growth and robust employment. 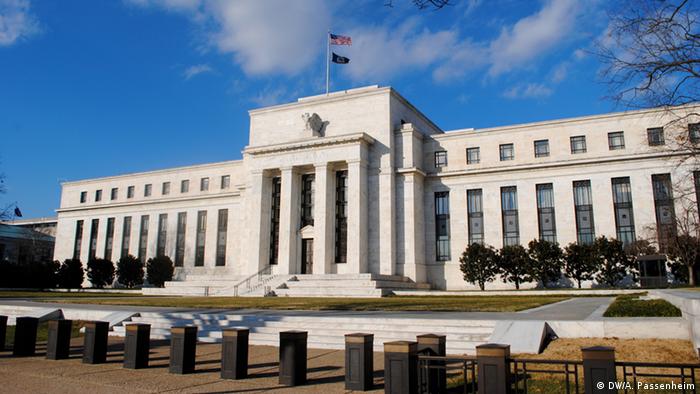 Following two days of deliberations, the members of the US Fed's interest rate-setting Federal Open Market Committee (FOMC) decided to lift the target range for the federal funds rate to between 1.75 and 2.0 percent.

The second interest rate increase this year brings the total of US Fed hikes in the current monetary tightening cycle to seven. The US central bank began pushing rates higher at the end of 2015, following more than half a decade of ultra-low rates as a result of the 2008 financial crisis.

"The labor market has continued to strengthen and economic activity has been rising at a solid rate. Job gains have been strong, on average, in recent months, and the unemployment rate has declined," the central bank said in a statement.

Policymakers' upbeat sentiment about the US economy is substantiated by robust growth, which is expected accelerate in the second quarter from an already respectable 2.2 percent in the first three months of 2018. US unemployment has fallen to just 3.8 percent in May, matching the lowest in 48 years and signaling the central bank is at or near its maximum-employment goal.

Read more: US economy back on top of world competitiveness ranking

Also in May, US inflation accelerated to 2.8 percent from a year earlier — the fastest pace in more than six years, and reinforcing the Fed's outlook for gradual interest-rate hikes. The Fed's preferred gauge of inflation — a separate consumption-based figure from the Commerce Department — came in at the central bank's two percent goal during March and April.

Fed members described their inflation target as "symmetric," meaning they may let it run somewhat higher than their target to compensate for the six year stretch during which it remained stubbornly low.

"The Committee expects that further gradual increases in the target range for the federal funds rate will be consistent with sustained expansion of economic activity, strong labor market conditions, and inflation near the Committee’s symmetric 2 percent objective over the medium term," the Fed said, adding that risks to the outlook are roughly balanced.

However, given mounting evidence that the US economy is overshooting full employment, the Fed decided to lift its median forecast for year-end rates, penciling in two more increases in the second half of the year, which will take the key lending rate to 2.4 percent rather than 2.1 percent projected in March.

The benchmark for 2019 is now 3.1 percent, up from the previous 2.9 percent, which signals four hikes next year rather than three. Among the clouds the Fed may see on the horizon isthe threat of a tit-for-tat escalation on global trade from US President Donald Trump's protectionist measures. Emerging market vulnerabilities are another, given the possibility of capital flight driven by tightening monetary policy in the US and the eurozone.

Some of the most dramatic effects of higher US interest rates have appeared in emerging markets, as this lures back investors who had turned overseas in recent years in search of returns.

The retreat from emerging markets so far remains relatively modest, with weekly flows to bond and equity funds down less than 10 percent from their peaks.

But the trend coincides with a stronger US dollar and is contributing to currency crises in countries such as Argentina, Turkey and Brazil.

Read more: Investor shakeout in Turkey and Argentina: why it's happening

It has also prompted central banks elsewhere, including in Indonesia, Malaysia and Hong Kong, to raise their own interest rates to stem the outflow of foreign capital they need for investment and growth.