After John Cryan's ouster, Germany’s biggest lender is getting a new boss. Who is Christian Sewing, and will he be able to restore Deutsche Bank’s dismal international reputation? 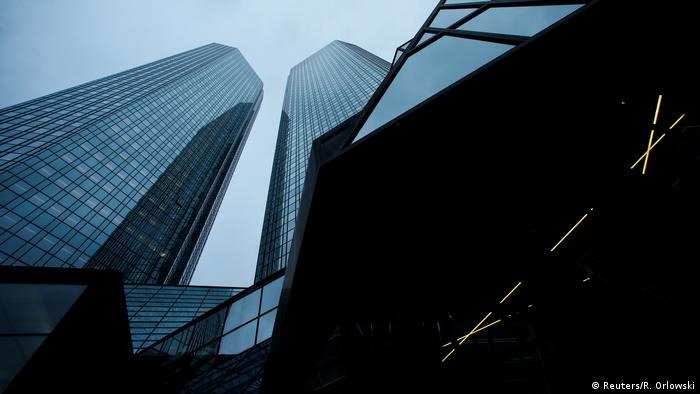 When Christian Sewing first joined Deutsche Bank as a trainee three decades ago, he may have dreamed of one day becoming its boss. But it's unlikely that he would have chosen this particular set of circumstances to accompany his promotion.

Put simply, Germany's largest lender is in disarray. The outgoing CEO, John Cryan, hired in 2015 to turn its fortunes around, is leaving with a depressing scorecard: three consecutive years of losses.

But the cards weren't exactly stacked in his favor to begin with. Cryan was tasked with dealing with the consequences of the bank's misconduct, particularly related to its mortgage-backed securities business in the United States between 2005 and 2007.

"Serious errors were made," Cryan admitted in February of last year. He undoubtedly used the passive form as a reminder that he had inherited, rather than committed, the mistakes that plunged the bank into a crisis so deep that the German government was rumored to have contemplated a bailout as recently as 2016.

Cryan did manage to avoid that scenario, but he failed — unsurprisingly, given the vast fines the bank had to pay — to restore growth. That task now falls to Christian Sewing, who must also try to restore the bank's tattered international reputation.

One issue that has caused some disagreement among management and shareholders concerns the relative importance of Deutsche Bank's commercial banking vis-a-vis its investment banking division, which has struggled to compete with financial giants in the United States.

Christian Sewing has experience in the area of risk assessment, so it's likely viewed as a safe bet when it comes to investment management. Some analysts suggest, however, that the bank would be better off focusing its attention on areas like corporate finance, instead of investment banking. But that view has prompted others to warn of the risks of too much specialization.

"Focusing on just one area doesn't work, because it neglects Deutsche Bank's specific competence, which is anchored in German and European business, but at the same time offers a window to the international capital markets," says Hans-Peter Burghof, who is Chair of Banking and Financial Services at the University of Hohenheim.

Whatever importance Deutsche's new CEO chooses to place on the lender's investment division, competing with banking giants abroad will not be an easy task.

Having joined the institution in 1989, Christian Sewing has remained there since, with the exception of a two-year stint at Germany's DG HYP commercial real estate bank.

While Sewing has worked abroad, many will view his promotion as a sign that the bank is keen to return to its roots. His appointment may also be viewed as a tacit acknowledgement of the failure by previous holders of the top position, including Indian-British banker Anshu Jain. who couldn't speak fluent German, to navigate the nuances of German business.

But major shareholders are among those voicing a contrary view: that Sewing is not sufficiently prepared to embrace the responsibility the role requires, and that Deutsche Bank would be better off recruiting from further afield.

But that's easier said than done.

In recent times, Deutsche's share price has continued to tumble as questions over its future showed little sign of being resolved. It's hardly a surprise, then, that corporate executives aren't exactly lining up for the position. In the last six years, Deutsche Bank has had three CEOs. Not one of them has managed to restore the institution to greatness. Having diligently completed his three-decade journey from trainee to CEO, Christian Sewing is about to find out if good things really do come to those who wait.

Germany's biggest lender is looking to eject its CEO amid intensified boardroom tension due to the inability of the scandal-hit institution to put an end to its long list of troubles, the Times newspaper reports. (27.03.2018)