The top 12 Deutsche Bank managers pocketed €55.7 million for 2018, mainly due to more bonus payments. Unions are already angry at likely job cuts if a merger with Commerzbank goes ahead. 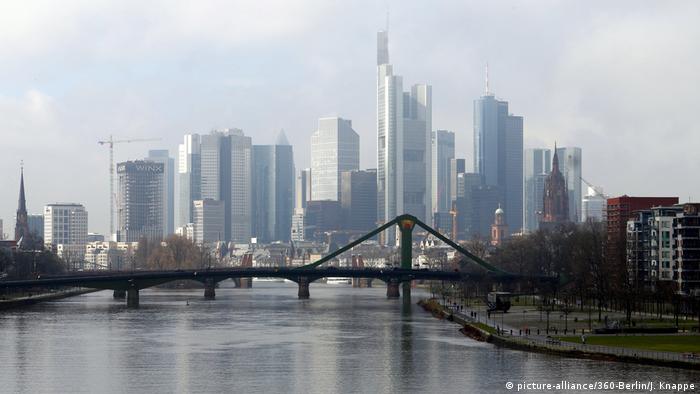 The 50-year-old South African former, adept rugby player has been with Germany's biggest lender for 22 years and became head of the corporate and investment banking unit last year, amid a management shake-up.

By comparison, his boss, Chief Executive Officer Christian Sewing took home €7 million in remuneration last year, according to the list on page 189 of the 469-page Annual Report published on Friday.

Profits at Ritchie's corporate and investment unit dropped 48 percent in 2018 as revenues fell 8 percent. Bonuses for employees in the division fell 23 percent.

Last year Deutsche Bank as a whole made its first full-year net profit since 2014 when it reported profits of €1.3 billion in February. At the time, Sewing said: "Our return to profitability shows that Deutsche Bank is on the right track. Now, our priority is to take the next step. In 2019 we aim not only to save costs but also to make focused investments in growth. We aim to grow profitability substantially through the current year and beyond." Last year the bank's return on equity was a meager 0.4 percent.

Management plans to reduce costs to €21.8 billion and reduce the internal workforce to "well below" 90,000 by the end of 2019, it said in the February statement. 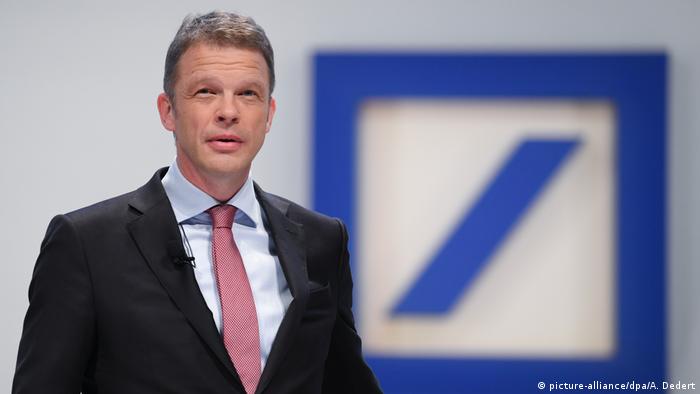 Finance Minister Olaf Scholz revealed the merger talks between Deutsche Bank and Germany's second-largest bank Commerzbank earlier this month, although he also said it was up to the companies to decide if they wished to combine forces. If the merger went ahead, it would create Europe's third-biggest bank by assets, behind the UK's HSBC and France's BNP Paribas.

Neither bank has been performing well, with Commerzbank showing only a 3 percent return on equity in 2018. The average return for major banks in 2018 was just over 10 percent, with JPMorgan and Bank of America leading the way among banks with the most assets.

The Social Democrat (SPD) minister Scholz may not have secured the backing of the Christian Democratic Union (CDU) in the coalition before he spoke. Some CDU politicians are believed to be concerned about any possible state guarantees or contributions to a capital increase for the merged bank. Berlin already has a 15 percent stake in Commerzbank after a bailout 10 years ago. 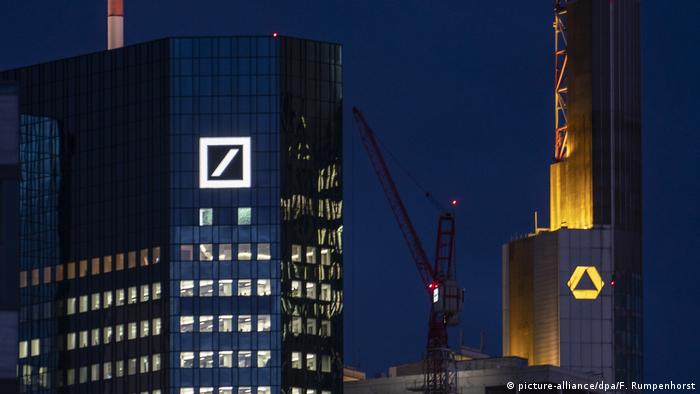 Commerzbank and Deutsche Bank in Frankfurt

Trade unions are concerned that any merger with Commerzbank could involve the loss of as many as 30,000 banking jobs in Germany. Together, the banks employ 140,000 people worldwide.

The supervisory boards at both banks met separately on Thursday to discuss the proposed merger. No decisions were taken.

CEO Sewing has said the bank is at the start of due diligence work to assess the viability of the merger.