Opinion: Deutsche-Commerzbank merger is non-starter from the beginning | Business | Economy and finance news from a German perspective | DW | 18.03.2019 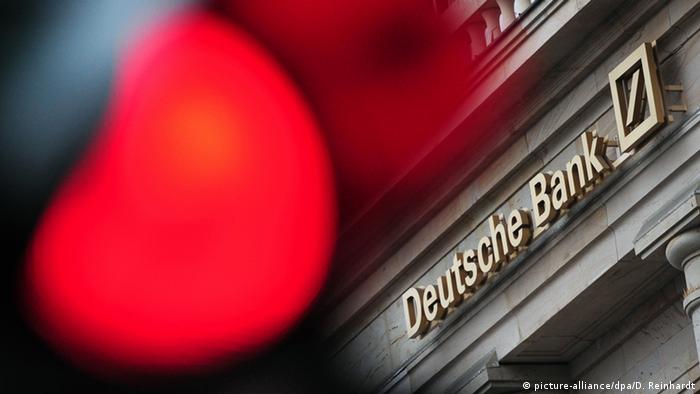 One only has to look back two decades. At the time, Dresdner Bank was the focus of attention. First Deutsche Bank tried to take over the number two bank in Germany, followed by an equally unsuccessful attempt by Commerzbank. In the summer of 2001, the bank was finally sold to the insurance giant Allianz for around €30 billion ($33.7 billion).

But seven years later, Allianz had lost interest and sold the Dresdner to Commerzbank, which had to put a mere €9 billion on the table to acquire it. The only remarkable thing during the time Allianz and Dresdner Bank spent together was a drastic reduction in jobs. And the timing was extremely unfavorable: shortly after the takeover, the world financial crisis broke out — and Commerzbank had to seek government support worth billions of euros.

What's happening today — with repeated talk of a possible merger between Deutsche Bank and Commerzbank — offers astonishing parallels to the episode surrounding Dresdner Bank at the time. Both Deutsche and Commerzbank are just cheap copies of what they were during their better times. Although the facades of their high-rise buildings in Frankfurt shine, the beams beneath them are rotten. Taken together, their combined market value is a ridiculous €24 billion. The combined entity wouldn't even make it into the top 50 of the current global banking charts.

Deutsche Bank — still Germany's largest financial institution — has lost 90 percent of its stock market value over the past decade. The share value has stagnated around the seven euro mark. After three straight loss-making years, it announced a full-year profit for 2018, despite a loss in the fourth quarter.

The situation at Commerzbank is no different. It may have increased its profit sevenfold, which sounds good at first, but it's always a question of what level one came from. The ouster of Commerzbank from Germany's DAX index last year was a heavy blow for the bank; it confirmed the company's second-class status. We also have to keep in mind that at Commerzbank, the German government is still deeply involved holding 15 percent of the firm's stake.

This connection brings us to German politics: It has been reported for months that the political class in Berlin is worried about the German banking sector, particularly about the current state of Deutsche Bank. One must be able to do the necessary things "in case something has to be done," German Finance Minister Olaf Scholz recently said in London. It's not for nothing that he has made Jörg Kukies, previously Goldman Sachs' head of Germany, his state secretary for financial market policy, even if it meant making an insider of the banking industry as the overseer of the sector at the finance ministry.

The unspeakable role of politics

German politicians are now putting pressure on the two banks to merge. That per se is the worst of all scenarios. Scholz, in particular, should know one thing: The cutting-down really gets underway, if and when the merger actually takes place. Deutsche Bank and Commerzbank together have over 140,000 employees.

According to initial estimates, analysts assume that at least 20,000, if not 30,000, jobs will be lost. Does the minister really want that? It is not possible to verify exactly how strongly the supervisory board of Deutsche Bank prefers such a scenario. If this were to happen, something would happen that was previously unimaginable: the German government would hold a stake in Deutsche Bank. It was Josef Ackermann who, during the global financial crisis almost ten years ago, boasted that the bank he was leading at the time — Deutsche Bank — needed no state aid.

But rejecting the billions in aid was a cardinal mistake at the time that contributed to the bank's miserable image today. No, a Deutsche-Commerzbank is not a good idea, because such a merger does not solve the structural problems. Both banks, which have enough to do to set their houses in order, would be busy for years with the merger — time they don't have. Meanwhile, new fintech firms as well as successful international banks would simply overrun the German dinosaur emerging in Frankfurt. As bitter as it sounds, only one of the two banks will be able to survive.

Deutsche and Commerzbank: A marriage of convenience that could well happen

Reports that Deutsche Bank and Commerzbank are on the brink of merger talks are gathering strength. Should the two lenders come together, it would have major implications for European banking and beyond. (10.03.2019)