Deutsche and Commerzbank: A marriage of convenience that could well happen | Germany| News and in-depth reporting from Berlin and beyond | DW | 10.03.2019

Deutsche and Commerzbank: A marriage of convenience that could well happen

Reports that Deutsche Bank and Commerzbank are on the brink of merger talks are gathering strength. Should the two lenders come together, it would have major implications for European banking and beyond. 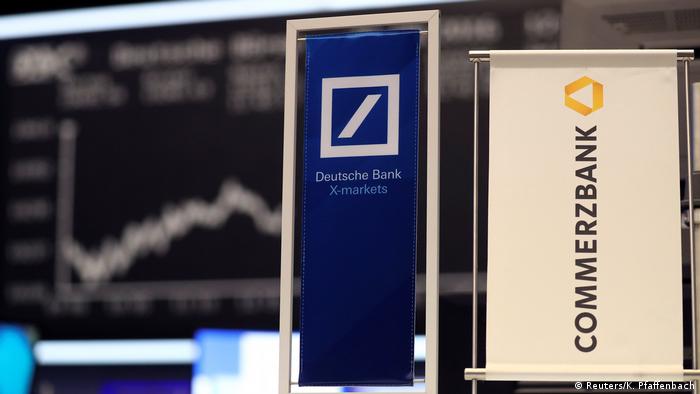 Deutsche Bank and Commerzbank, the grandest of the grand old German lenders, will next year both celebrate their 150th birthdays.

But it increasingly looks like there might be need for only one birthday party, rather than two. Over the weekend, reports have intensified that the two banks are strongly considering the possibility of a merger. German newspaper Welt am Sonntag reported on Saturday that Deutsche Bank had agreed to start holding talks with Commerzbank on the feasibility of them coming together.

The news agency Reuters reported the same over the weekend, citing "a person with knowledge of the matter."

While it's important to stress that the reports are unconfirmed, with neither bank yet commenting publicly, few who are familiar with the German financial scene could claim to be surprised if an engagement were to be officially announced sometime soon.

Why it could happen

Talk that the two Frankfurt-based banking behemoths could come together has long since been the stuff of gossip in financial circles. It's been a rough decade for both of them, and since the financial crisis of 2008-2009, a merger has regularly been cited as the most pragmatic means of keeping Deutsche alive and keeping Commerzbank out of foreign hands.

Over the past 11 years, both banks have seen their share prices fall by close to 100 percent, while they have also gone through a succession of different CEOs as they tried to rid themselves of toxic assets and restructure their balance sheets.

Scandals have afflicted both lenders. Commerzbank paid a $1.45 billion (€1.29 billion) fine in the US in 2015 for turning a blind eye to money laundering and it has also been at the center of a tax evasion probe by German authorities.

Deutsche Bank's problems have been even more pronounced. On top of its dire financial performance — it made a net loss of €6 billion between 2011 and 2018 — it has been bogged down with several major scandals, including the Libor scandal, where fraudulent manipulation of interest rates took place for years, and the ongoing money laundering probe into Danske Bank.

In short, both banks have been desperately seeking a change of course for quite some time. With increasing support and possibly pressure coming from German government circles for a merger, it appears that the banks are edging closer toward a union.

A major change in direction from the German government came with the appointment of Olaf Scholz as German finance minister this time last year.

The pro-business Social Democrat politician has regularly emphasized the importance of strong banks, and few could deny that a joint Deutsche-Commerzbank entity would be strong. Based on Friday's closing share prices, a combined bank would have an equity value of more €24 billion ($27 billion), which would equate to one-fifth of the entire German retail banking market.

Such a bank would be able to charge higher prices in Germany, where the multitude of domestic lenders charge very little for several banking services.

Scholz and others in German government circles see the establishment of a stable national banking champion — as opposed to two scandal-ridden, perennially struggling lenders — as a crucial component of Germany's overall economic policy, which is that of an export-led industrial titan that would need sympathetic lenders in good times and bad.

Scholz has previously spoken of strong and stable banks in terms of "national sovereignty" and, along with several in the government, is somewhat seduced by the idea of a souped-up German banking lender providing stronger support for the German industrial and corporate sectors overseas.

Another verse of the siren song captivating proponents of a merger is the idea that a combined entity would represent something of a "European champion” in banking, something which chimes well in an age when many fear reduced European influence in the face of Chinese dominance and US protectionism under US President Donald Trump.

None of this may ever happen, of course; according to the Reuters source, talks are at a very early stage and could fall apart. 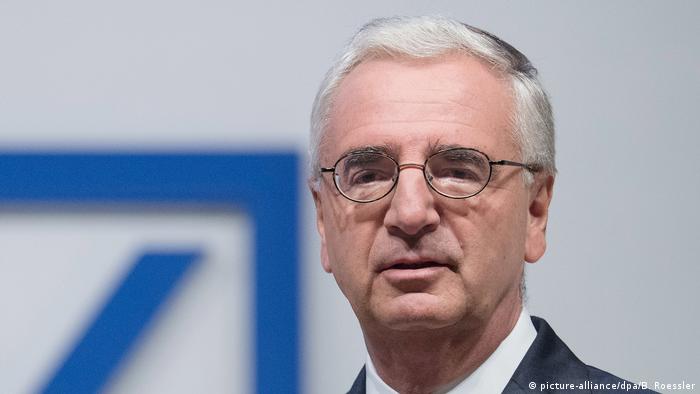 Yet if talks on a merger happen and prove ultimately successful, the coming together of Deutsche and Commerzbank would have profound implications for European banking as a whole, as well as significant implications on a more global level.

A Deutsche-Commerzbank joint entity would become the second-largest lender in the eurozone, behind BNP Paribas. There are some 6,000 banks in Europe, and the relatively sluggish returns provided by the sector have repeatedly led to calls for more consolidation within the industry.

Despite all its problems, Deutsche remains a significant international capital markets player and the bank's chairman, Paul Achleitner, is thought to strongly support a deal, believing it could help the bank once again compete with the major Wall Street players.

The Financial Times recently quoted a person close to Achleitner who said: "There is a real demand for services that are not American. The American national interest might not be identical to the Europeans. To be that alternative, you just have to be the best of the rest."

Not all in Germany are in favor of a merger, though. The Verdi trade union is concerned about possible job losses while many critics have pointed to Germany's generally poor record of bank mergers and the possibility that another one could go wrong.

Yet if the reports from the weekend are to be believed, that shaky record may be about to be tested by the most challenging merger of all.