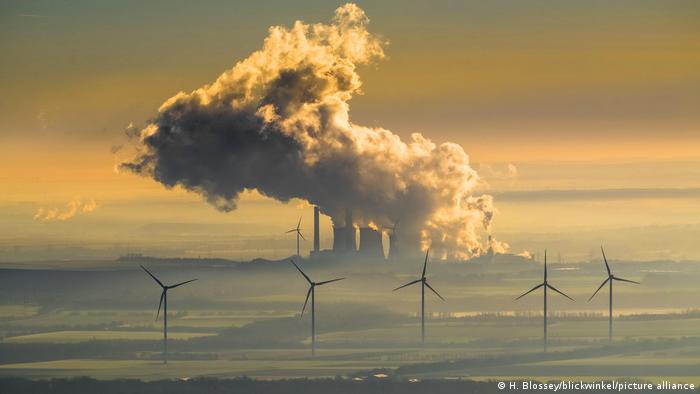 Carbon dioxide emissions tied to energy were up 6% in 2021

Even with record growth in renewable energy last year, fossil fuels continue to dominate the world's energy use, with the overall share in global energy consumption rising just under eight percentage points over the last decade.

In its annual overview of the renewable energy sector, international policy network REN21 said the share of renewables in the world's energy consumption had stagnated, despite increased investment. The sector, which provided around 20% of the world's energy needs in 2011, accounted for just over 28% in 2021.

The gains made in 2021 were overshadowed by an estimated 4% rise in energy consumption as the world slowly started to bounce back from COVID lockdowns, an increase that was primarily met by fossil fuels like coal and natural gas.

"Although many more governments committed to net zero greenhouse gas emissions in 2021, the reality is that, in response to the energy crisis, most countries have gone back to seeking out new sources of fossil fuels and to burning even more coal, oil and natural gas," said Rana Adib, executive director at REN21, ahead of the release of the report.

The result is that carbon dioxide emissions tied to energy soared last year to a record 36.3 billion metric tons — up 6% to their highest level ever, according to the International Energy Agency.

The report did have some good news. Around $366 billion (€350 billion) was invested in the renewable energy sector in 2021, according to figures provided by REN21, rising for the fourth consecutive year. And for the first time, more than 10% of the world's electricity was provided by solar and wind power.

"Governments largely failed to make decarbonization a focus in their post-pandemic economic recovery packages, with only a small fraction of the billions spent dedicated to accelerating the energy transition to bring down emissions," wrote Climate Action Tracker, an independent research coalition, in a recent analysis. "Instead, they missed a massive opportunity, spending the lion's share of those packages on maintaining the status quo."

That was made clear in the lead-up to the COP26 climate conference in November last year. Of the many net-zero pledges made ahead of the crucial meeting, only 84 countries had economy-wide renewable energy targets, and only 36 for 100% renewables.

The assessment by Climate Action Tracker was shared by three academics from Johns Hopkins University, in a March commentary in the journal "Nature."

"Today's green investments are proportionately less than those that followed previous recessions," they said. "After the global financial crisis in 2007–09, for example, 16% of global stimulus spending was directed at emissions cuts (or about $520 billion of $3.25 trillion in total). If a similar share had been committed today, the total would be $2.2 trillion — more than double what has been pledged towards reducing emissions."

Russia's ongoing invasion of Ukraine, and the resulting global sanctions against Moscow, have aggravated the global energy crisis and threatened to cut off exports of natural gas and oil, especially in Europe.

Though the European Union agreed earlier this month to ban around 90% of Russian exports of crude and oil products into the bloc over the next eight months, certain countries — like Hungary, Slovakia and the Czech Republic —  said they could not entirely stop imports. And the bloc has yet to figure out how to cut its dependency on Russian gas, with Germany one of its biggest customers.

Some 58% of nearly 2000 German companies said they would not be able to replace fossil gas in the short term, while 14% had seen a drop in production since the start of the war, according to a survey conducted by Germany's Institute for Employment Research (IAB).

Adib of REN21 said recent developments have only highlighted the need for a swift global transition to renewables, calling them "the most affordable and best solution to tackle energy price fluctuations," as well as a way to provide energy independence.

Speaking with DW in September, following Germany's federal election, she said the country needed to take the lead in driving an integrated "transition from fossil-fuel based economy to a renewables-based economy," though she added that the country still had far to go.

"[The transition] needs to be anchored in any economic activity and any political activity. And Germany, who has been a historic front-runner in terms of the development of the energy transition, clearly has a big task today to take a lead and drive the integrated transition […] but also be an inspiration for other governments globally."

Plugging methane leaks is a powerful climate fix, so why aren't we doing it?