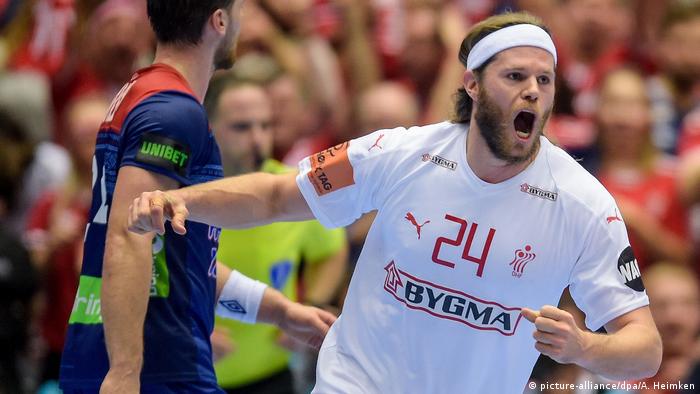 After taking an early lead, the Danes kept up their momentum to clinch a 31-22 win over Norway.

Over 15,000 fans packed into the Jyske Bank Boxen Arena in the Danish city of Herning for the final. 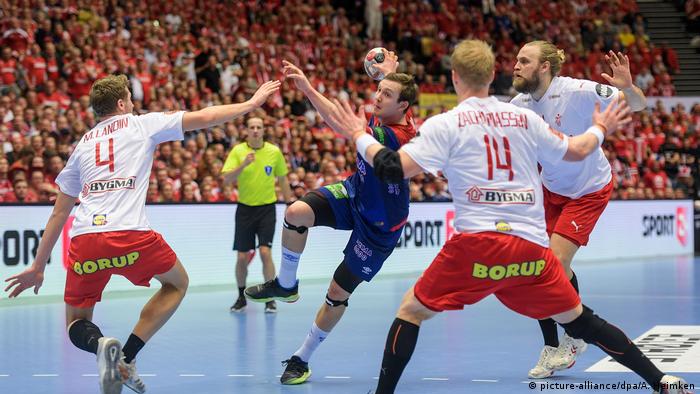 Danish defender Mikkel Hansen, who plays for the Paris Saint-Germain club, was named the tournament's Most Valuable Player.

Sunday's win also means Denmark will be heading to the 2020 Tokyo Olympics, where they will be defending their title as Olympic champions after they took home the gold in Rio in 2016.

Germany, who also co-hosted the tournament with Denmark, lost its third-place match against France in a nail-biting contest.

France, who won the world championship last year, managed to land a win at the last second, beating Germany 26-25.

Germany's Foreign Office tweeted its support of the German team, writing: "Even without a medal, we are unbelievably proud of you — in Berlin and in 227 embassies and consulates around the world."

The World Handball Championship featured teams from 24 nations, including a combined Korean team, drawing almost a million fans to the games since the tournament's opening on January 10.