Handball: Will the winter fairytale last?

Even the President of Germany is enthusiastic: "The semifinal has been achieved, why not more?" asked Frank-Walter Steinmeier, with a big smile, after the German national handball team reached the last four of the men's World Championship, which they're cohosting with Denmark.

As in 2007, when the hosting German team triumphed under the leadership of Heiner Brand, a handball euphoria has broken out in the country, and the president is very much on board. The reason for Steinmeier's enthusiasm lies not only with the team's success but in "those who perform and bring an irrepressible ambition and joy for the game."

When Christian Prokop's side face Norway on Friday night in Hamburg for a place in the final, the president will take his place in the stands.

The rejuvenation of the sport can be seen in the numbers. Even before the two semifinals and the final have been played, World Cup organizers have recorded a total of 837,000 spectators, a tournament record. The previous high watermark was 750,000, established back in 2007.

The World Cup has also been a ratings grabber on TV. Ten million viewers watched Monday's narrow 22:21 win against Croatia on public broadcaster ZDF,  a market share of about 30 percent. Even the last group match, which only determined who would top the group rather than who qualified, pulled in nine million viewers for ARD. 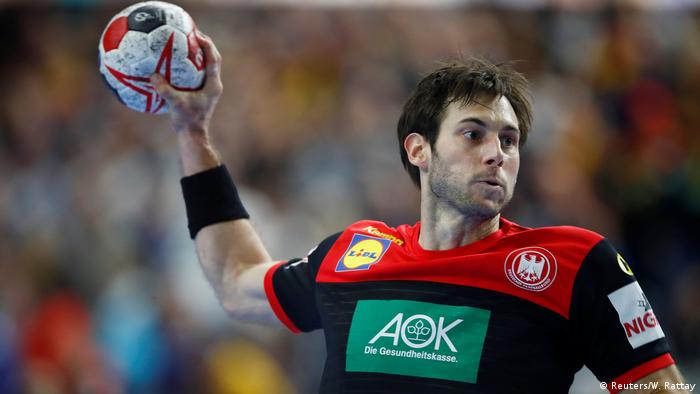 "We are now where we wanted to be," says Bob Hanning, vice president of the German Handball Federation (DHB). "We want to shorten the gap to the favored sport (football)."

The organization wanted that after the World Championship success in 2007, but handball euphoria faded fast, as it did after the sensational European title Germany won in 2016.

"Since the high that is produced is short-term, it may follow that so is the support," theorized philosopher and journalist Wolfram Eilenberger on German public radio station Deutschlandfunk. "But the overall (sporting) situation is so firmly set that one can't assume that handball will neccessarily experience growth,"

Beginnings of a sport

Although the first set of rules was drafted in 1906 in Denmark, Germany is considered the motherland of handball. The birth of the sport is widely regarded to have occured on October 29, 1917 when Berlin gymnast Max Heiser stated that "torball" - a game that he had designed two years earlier for women - should now be called "handball".

With more than 750,000 members, the DHB is now the largest handball association in the world. Outside Europe, the sport is popular in some North African countries, such as Tunisia and Egypt, parts of South America (Brazil, Argentina), and Asia (South Korea, Japan and, more recently, Qatar).

Although there are certainly plenty of people in Germany who would be unfamiliar with the exact rules, the sport itself doesn't require explanation in the country. But in order to maintain the level of  interest the tournament has provided, handball experts say reforms are required.

"We have to change the image of our sport," says former international star Stefan Kretzschmar. "That means we have to get younger and more interesting for the kids. That's the challenge for the next few years."

Cohosts Germany have cruised to a winning start at the world handball championship. However, the match will be remembered more for who their opponents were – a joint Korean national team. (11.01.2019)

Sport once again takes center stage in the continued peacemaking process between North and South Korea with a joint handball team set to compete at the World Championships. Korea will face co-hosts Germany in Berlin. (07.01.2019)