Democracy fights to keep a stronghold | World| Breaking news and perspectives from around the globe | DW | 15.02.2010

Democracy fights to keep a stronghold

As Western troops engage in warfare in the name of freedom in Iraq and Afghanistan, and a prominent new report reveals worldwide democracy to be on the ebb, analysts ponder where to go from here. 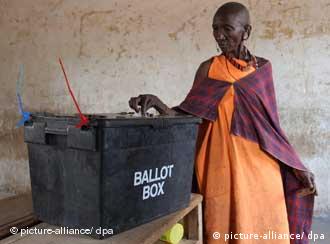 How far-reaching is the power of the ballot box?

"For the fourth consecutive year, global declines in freedom outweighed gains in 2009."

Such was the opening statement of a report put out by US democracy watchdog Freedom House earlier last month. Entitled "Freedom in the World 2010: Global Erosion of Freedom," the report noted democratic decline in 40 countries in Africa, Latin America, the Middle East and the former Soviet Union.

Assessed for indicators including political and civil liberties, press freedom and rule of law, five countries were added to the 'not free' list and the number of electoral democracies fell to its lowest level since 1995.

Although 16 of the 194 countries surveyed were deemed to have made progress toward greater freedom for their peoples, and despite the fact that the overall global situation has improved over the past two decades, Arch Puddington, director of research with Freedom House described the findings as "cause for real concern."

Speaking to Deutsche Welle, he said last year's democratic slow-down was more pronounced than in the three before, a finding he attributed to a wide variety of factors. 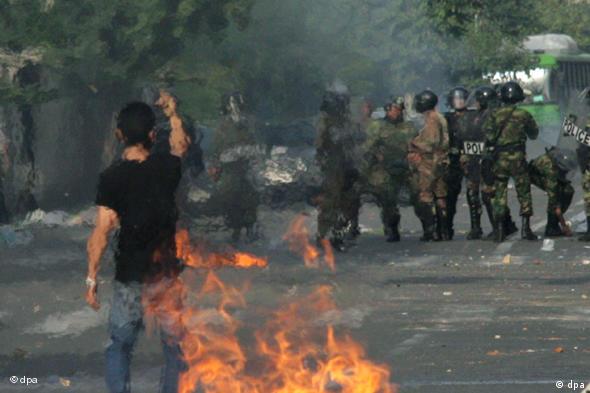 "One is an increasing aggressiveness and self-assuredness on the part of some of the leading authoritarian countries - China, Russia, Iran, Venezuela, Zimbabwe - which then serve as models for other countries," Puddington said.

Among the other issues at work are reactions to some of the democracy gains - such as the Orange Revolution - of the last decade, cynicism brought on by unfulfilled hopes of prospering in a fair society and initiatives to smother and suppress the growing confidence of civil societies.

But some experts argue that things are not quite as bad as the picture painted by the Freedom House report. Michael Efler, national spokesperson for German pro-democracy group Mehr Demokratie, says it's a matter of perception.

"You have to ask what democracy is," Efler told Deutsche Welle. "The liberal Western approach taken by Freedom House focuses on elections. So if a country stages a fair ballot it is considered a democracy, but I think that is a limited way of doing things."

He said that while elections are clearly crucial, it is also important to realize that the Western understanding of democracy and human rights is not shared the world over. 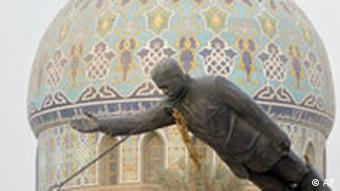 Illustrating his case with the omnipresent examples of Iraq and Afghanistan, Efler said "society is structured differently and individual freedom doesn't play anything like as important a role as it does for us."

Which begs the question, do people really want democracy?

"I wish it were a value to which everybody aspired but I don't think that's the way it is," Efler said. "And it's futile to try and force democracy on people because it won't work."

Too poor to consider democracy

Humphrey Hawksley is author of the recently published "Democracy Kills: What's so Good About Having the Vote?" He told Deutsche Welle that for about one sixth of the world's population democracy is not even a flicker on the radar.

"There are a billion or so people in a state of need, they want shelter, security from tribal wars, they want to be able to feed their children and get medicines for the sick, and they don't have that. So democracy as such doesn't really factor in for them." 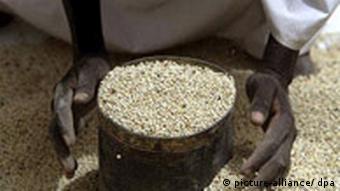 And although the need for those very basic life essentials may be conceptually tied to the image of a fair society with an elected democracy, Hawksley said the carrot that generally gets voters to the ballot box is not hope for a brighter future, but a chance to oust an existing government.

That, he says, is the question countries should be asking themselves if they want to create smooth civilized societies. The question is the answer.

But Arch Puddington would say there is more to it than that. He believes the impetus has to come from outside, from the West.

"I think what you have to do is to try to educate people, let them know that large democratic societies are also prosperous societies, so they have the prosperity and they have the freedom."

For his part, Michael Efler stresses the importance of creating a public platform for oppressed societies, and meeting with anti-regime activists. 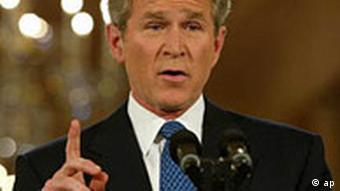 Hawksley though, goes a couple of steps further. He suggests replacing the word democracy, by now intrinsically linked to an ideological form of government opposed by countries such as Russia and China, and replacing it with something along the lines of "good governance."

"If you got together with the UN and said 'we want to give these people in this African country good governance and we want to build them schools and so on,' then you would take away the friction that many places see as the West trying to export their own ideology in order to get business contracts."

But whether the power of semantics could convince the powers that be is an experiment still waiting to be tried out.

Even though some authoritarian countries like China have proved to be successful in economic terms, democratic governments tend to foster a more stable and inclusive economic development, argues Dr. Joerg Faust. (13.08.2009)