As West looks elsewhere, the East becomes more autocratic | World| Breaking news and perspectives from around the globe | DW | 17.12.2009

The West saw much promise in the Caucasus and Central Asia after countries there threw off the yoke of the USSR. But nearly 20 years later, their democratic development has stalled, or even shifted into reverse. 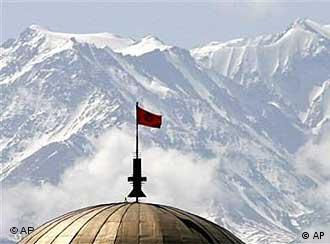 Those heady days in the early 1990s seemed full of possibility as countries whose leaders made no decisions without consulting their masters in Moscow could now take their destinies into their own hands.

Even in the first half of this decade, a series of non-violent revolutions – color and otherwise – in Ukraine, Georgia, and Kyrgyzstan seemed to many to be the first in a series of transitions that would finally put Central Asia and the Caucasus on the path toward democracy.

But that is not the way it has turned out.

Central Asia today is largely seen as a collection of authoritarian states – only differing in the relative severity of the repression. The Caucasus comes off somewhat better, but only in comparison with the dire state of democratic development and human rights in countries like Turkmenistan or Uzbekistan.

"In fact, it's a pretty depressing story, the amount of decay in democratic institutions we've seen over the last four years," Bruce Pannier, who helped compile the 2009 report on Central Asia for the watchdog group Freedom House, told Deutsche Welle. 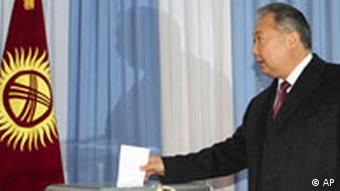 Central Asia leaders maintain democratic facades, but not much more

In that report, which measured progress in 2008, nearly every country in the region saw its rankings decline according to measurements the organization developed aimed to quantify democratization in different areas, including the development of civil society, independent media, elections and corruption.

Freedom House said it was the worst performance that the post-communist region had seen in the 13 years that the group has carried out the survey.

Some countries, such as Turkmenistan, have long been hermetically sealed off from the rest of the world. But Kyrgyzstan, which used to be an "island of democracy" and an example for other Central Asian states, joined for the first time the group of "consolidated authoritarian regimes," a club that includes most of the other post-Soviet Central Asian states along with Russia, Azerbaijan and Belarus.

Georgia, to the west, is one country that while not a bright spot, has a certain democratic glow to it. Even so, Freedom House says Georgia today is actually less democratic than in any period in the last ten years. Its rankings for governance, electoral process and civil society have all slipped since 2008 and the decline in press freedom has been a particularly worrying trend.

The reasons for the lack of progress on democratization or right human right - or even a backsliding into authoritarianism in some cases - are complicated, according to experts, and vary from country to country.

For many of the people in these countries, Western forms of democracy are far removed from their own political histories or social structures. According to Pinar Ipek, an associate professor of international relations at Turkey's Bilkent University and former OSCE Central Asia election monitor, a lack of experience with pluralism or free media can lead to an acceptance, or at least non-resistance, to authoritarian regimes.

For many, especially those in the resource-rich countries like Kazakhstan with relatively high economic growth rates, rising living standards and more consumer goods trump vague and unfamiliar notions of Western-style democracy. 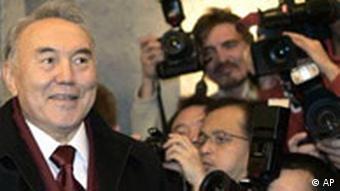 Kazakhstan's authoritarian President Nazarbayev is getting elderly, but has no successor

"Governments have been pretty generous on public spending for education, health care and public spaces," she told Deutsche Welle. "It's a good way of controlling public resentment or public frustration."

That lack of public pressure goes hand in hand with a lack of pressure from the West, particularly the European Union and the United States. The West has put the question of democratization and human rights on the back burner, according to analysts. Since 2001, western attention has been focused largely on the Middle East and the conflicts in Iraq and Afghanistan, and in those conflicts, the West needed Central Asia, especially for supply routes and military bases. Leaders in Central Asia have used that to their advantage.

"They know that the West is not going to pressure them (on human rights and democratic development)," said analyst Pannier. "There is an understanding that the West needs them more than they need the West and they have carte blanche to do whatever they want."

The EU's Eastern Partnership program with several neighbors with authoritarian regimes has put the emphasis on mutual interests rather than values.

This week, the US has been defending its approach on human rights, calling for change within countries and a recognition of the limits of American authority. US Secretary of State Hillary Clinton called it "principled pragmatism," but it will likely do little to quiet accusations by human rights activists that the West is putting human rights on the back burner.

Add to that a fractured or nearly non-existent opposition parties in the countries and new moves toward open and transparent government seem unlikely.

Besides, observers say, why should they look toward the European Union or the US as models for governance, who have been hobbled by the global financial crisis and who seem unable to get anything done quickly, i.e. the Lisbon Treaty or American health care reform.

Another large neighbor, China, seems to offer a more attractive option – vigorous economic growth without the pesky bickering that comes with Western democracy. 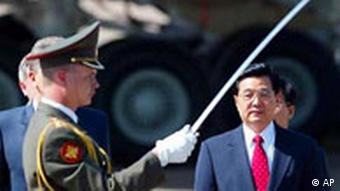 Some Central Asian nations are more attracted to the Chinese model

"The Uzbek president visited China a few years ago and said he admired the Chinese system, without getting into specifics, but that's the way I interpret it," said Pannier.

A new direction does not look to be on the immediate horizon, analysts said, unless changes in the global political situation bring the West back away from its almost exclusive focus the Middle East, security and energy.

As long as energy sources are a large concern and the situations in Afghanistan and Iraq remain uncertain, it is likely that human rights issues in Central Asia and the Caucasus will be soft-pedaled as the West engages in a long round of realpolitik.

But as authoritarian regimes usually have a strong man at the top, who usually brooks opposition or threats to his power, the issue of what or who comes next could bring change.

"What you will begin to see over the next ten years, I think, are pressure points that arise as the current leadership gets very geriatric," said Adam Hug, policy director at the London-based Foreign Policy Centre. "When the question of a successor comes up, there could be pressures for change."

But what that change would look like, he didn't want to speculate.

Kazakhstan takes over the chairmanship of Europe's top security body next month. But many question whether the Central Asian country, with its weak record on human rights and basic freedoms, should even have the job. (03.12.2009)

Even though some authoritarian countries like China have proved to be successful in economic terms, democratic governments tend to foster a more stable and inclusive economic development, argues Dr. Joerg Faust. (13.08.2009)