Demilitarized zone in Syria's Idlib: What comes next?

Russia and Turkey have reached an agreement to prevent an assault on Syria's Idlib. The deal has drawn praise in the Arab media for preventing further bloodshed, but critics are skeptical it will foster lasting peace. 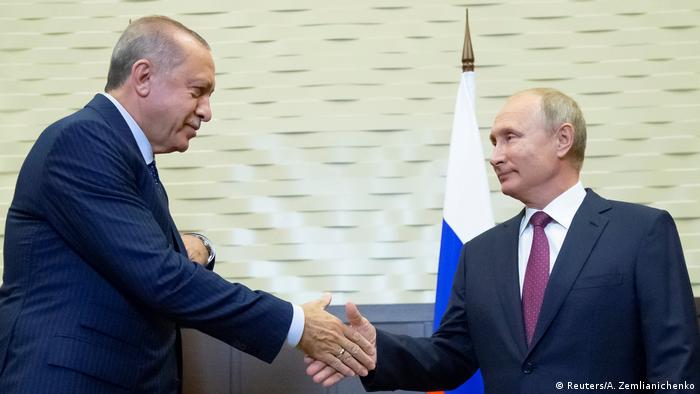 Turkey and Russia agreed on Monday to create a demilitarized buffer zone in Syria's Idlib province to avert what has been called a potential humanitarian crisis. A United Nations-led group of health agencies had warned that 700,000 people could be displaced if the Syrian government were to launch an all-out assault to take back the rebel stronghold.

The Syrian Arab News Agency, SANA, reported that the country's government "welcomes" the deal, saying that it was the product of "intensive consultations" and "total coordination" between Syria and Russia. The Iranian government, which supports Syrian President Bashar Assad's regime, called the deal a "win for diplomacy."

The Syrian regime-friendly newspaper Al-Watan said the deal would return Idlib to the government and would stop the "Western-American aggression that Washington and its allies are waiting to carry out." The agreement, the newspaper reported, will result in Syrian state institutions returning to Idlib, after the opposition fighters there hand over their weapons.

Nevertheless, the Syrian government appears skeptical of Turkey's participation in the deal. Turkish authorities have previously backed the opposition against Assad. Ali Abdul Karim, Syria's ambassador to Lebanon, said in an interview with Lebanese broadcaster Al-Jadeed that the deal is now a "test" of whether Turkey can disarm the rebels in Idlib. "We do not trust Turkey... But it's useful for Turkey to be able to carry out this fight to rid these groups from their weapons." 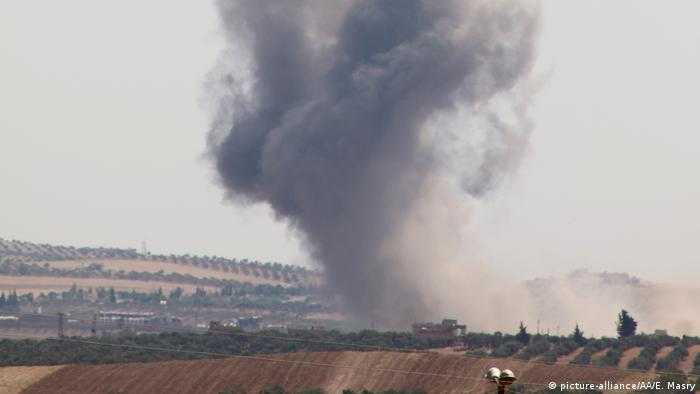 Syrian civilians were fearing an all-out assault on Idlib — will the de-escalation agreement hold?

Victor Shalhoub, a Washington DC-based columnist for the Al-Araby Al-Jadeed newspaper, said that the agreement's framework means the Turks and Russians will have to work quickly. "The time limit for the deal is less than a month, which may not be sufficient to evacuate the province from several thousand combatants along with their weapons," he wrote.

General Joseph Dunford, a top United States military officer, has estimated that there are 20,000 to 30,000 militants inside Idlib.

Jamil al-Sayyed, a Shia member of the Lebanese parliament and supporter of the Assad government, praised the deal on Twitter. "The Syrian government and its allies managed to achieve their goals without a military battle," he said. He also claimed that the US wanted the assault to take place in order to benefit from the situation, and that the de-escalation zone would push the "terrorists into a small corner" of the Idlib province, while keeping civilians safe.

Opposition forces in Syria hope the deal will result in Idlib not being directly handed over to the Syrian government. This is in contrast to the claim in the Al-Watan newspaper that state institutions will return to Idlib once the opposition forces lay down their arms. "The Idlib deal preserves lives of civilians and their direct targeting by the regime," Mustafa Sejari, a Free Syrian Army official, told Reuters news agency. "It ends Assad's dreams of gaining full control over Syria."

"This area will remain in the hands of the Free Syrian Army and will force the regime and its supporters to start a serious political process that leads to a real transition that ends Assad's rule," he added.

Abdel Bari Atwan, the editor-in-chief of the London-based Rai al-Youm news website, said that the deal raised several questions about what exactly happened behind closed doors. For one, he is curious about why the Russians would sign onto the agreement, when before they were adamant in helping the Syrian regime take back Idlib from the "terrorists."

Another aspect of the deal that Atwan feels needs to be clarified is what will happen to some of the extremist forces inside Idlib if there is be no offensive there to defeat them. "What will happen to the Salafi jihadists? Will they be neutralized at a later stage?" he asked. "Or will they be accommodated in Turkey, especially those of the Turkmen ethnic minority? Will foreign jihadists be extradited to their home countries in Europe, the Gulf States, as well as to Russia and China?"

Concerns aside, Atwan said he is generally relieved about the deal, for now: "What's important is that this Russian-Turkish agreement prevented or postponed a humanitarian disaster and bloodshed in Idlib. This deserves appreciation. But for how long? Only God knows."