Saudi Arabia is once again planning to execute religious activists, according to the "Middle East Eye" website. Madawi Al-Rasheed, an expert on Saudi society, says mass executions are becoming common in the Gulf kingdom. 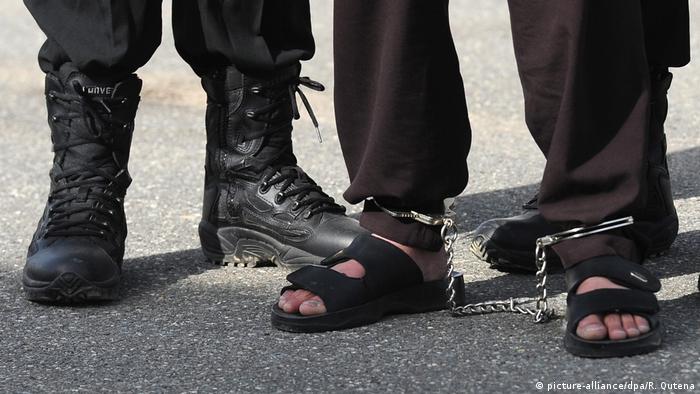 Middle East Eye, an online platform devoted to news from the region, has reported on Saudi plans to imminently execute three religious activists. Clerics Salman al-Odah, Awad al-Qarni and Ali al-Omari are expected to be put to death once Ramadan, the Muslim month of fasting, ends on June 4.

The German branch of Reporters Without Borders, along with Human Rights Watch head Kenneth Roth, immediately shared the news on Twitter. And Al-Jazeera and other Arabic media have also started covering the news.

The Gulf monarchy last carried out such an execution in April, when 37 where put to death. DW spoke with Madawi Al-Rasheed, a London-based social anthropologist originally from Saudi Arabia, about whether Riyadh is planning another wave of politically-motivated executions.

DW: Can you confirm the report that three Muslim clerics are about to be executed in Saudi-Arabia?

Madawi Al-Rasheed: Based on what I know, Saudi courts have not yet handed down the death sentence. But the public prosecutor is clearly considering the death penalty. The judiciary has brought 37 charges against cleric Salman al-Odah alone. The Saudi regime could exploit the tense political climate in the region to carry out the death sentences — especially when it comes to allegations concerning ties to Qatar or conflicts with Iran. The three clerics are accused of terrorism and espionage, as well as being members of the Muslim Brotherhood. So once again, we're expecting to see death sentences — though nobody can know for sure.

After the murder of dissident journalist Jamal Khashoggi in October, the Saudi regime saw that the international community was in no way prepared to impose sanctions or jeopardize its own economic interests. The US government, in particular, ignored its own CIA reports about the killing, as if President Donald Trump were simply trying to exonerate Saudi Arabia.

The report in Middle East Eye cites anonymous sources, making them almost impossible to verify. Is it possible that someone is deliberately trying to tarnish Saudi Arabia's image, as argued by regime loyalists?

It's true; the report doesn't name its sources. But that's nothing unusual. Saudi dissidents often speak to international media under condition of anonymity. Otherwise, they risk facing reprisals by the regime. In this respect, the Saudi regime is not doing itself any favors by undermining transparency and shrouding its practices in secrecy. 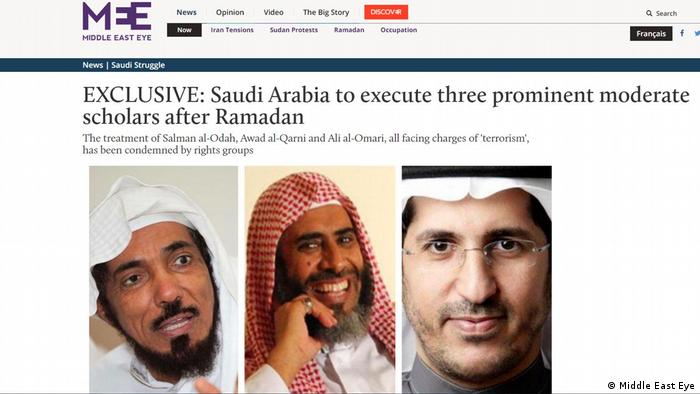 But Saudi Arabia's approach toward executions speaks for itself. A month ago, 37 individuals were suddenly put to death. And the mass arrests that took place over the past three years are unprecedented. The Saudi regime is responsible for the lack of information concerning these incidents, not non-governmental organizations that make every effort to publicize these facts. The figures speak for themselves: according to Human Rights Watch and Amnesty International, Saudi Arabia has executed more than 100 individuals in the past six months.

Some exiled dissidents have argued the Gulf monarchy may be disseminating such information ahead of time — as a sort of test, to see how the international community reacts to the death sentences, or to slowly prepare people for what's to come. Do you think this is plausible?

I can't confirm this. News of a death sentence always comes as a shock. Cleric Salman al-Odah, for example, is very well known. Even though no Saudis would protest in streets over the ruling, Salman al-Odah's execution would not go unnoticed. He can't be called a terrorist; it was his ties to Qatar that were his undoing.

Why is there so little international criticism against the Saudi state of affairs?

Plenty of criticism is expressed on the non-state level by Western NGOs and the media. They have focused on the arrested female activists, and have managed to make an impact. But the three men facing the death sentence have long been known to be clerics. Maybe that makes them less interesting. Or maybe they're seen as representatives of political Islam, even though they have stood up for democracy.

So it's just a question of time until the next wave of executions?

Yes, that's what I fear. Death penalties are the norm in Saudi Arabia — but recently, mass executions have become a regular event. Last month, the 37 individuals were executed at the same time; peaceful activists and even teens were among them. Young people are being put to death because they joined the Arab Spring protests, demanding reforms. They were only 16 years old when they were arrested. It's appalling that the Saudi state lumps them all together and executes them — as if human lives are worth nothing.

Madawi Al-Rasheed a Saudi social anthropologist and a visiting professor at the London School of Economics and Political Science (LSE) Middle East Centre. She has published several books on Saudi society and history. Her latest, Salman's Legacy: The Dilemmas of a New Era, was published in 2018.

arrested female activists, and have managed to make an impact

Saudi women who have fled to Germany to request asylum continue to live under threat from their families. DW spoke with four such women and human rights experts who suspect the Saudi Embassy's involvement. (19.02.2019)

Saudi Arabia's reputation has suffered massively as a result of Jamal Khashoggi's suspected murder. World leaders are keeping their distance. The country could be hostile in the face of criticism, or enact reforms. (19.10.2018)

The trial of 11 women's rights activists in Riyadh has drawn sharp criticism from Western countries. Some of the women have said they were tortured and sexually abused during interrogation. (28.03.2019)

Saudi Arabia executes one of its own royals

Prince al-Kabir of the House of Saud has been executed after being found guilty of murdering a man in 2012. The punishment is an extremely rare case of a royal being sentenced to death. (18.10.2016)