Deadly pesticides in EU produce from Turkey | Europe | News and current affairs from around the continent | DW | 24.01.2020 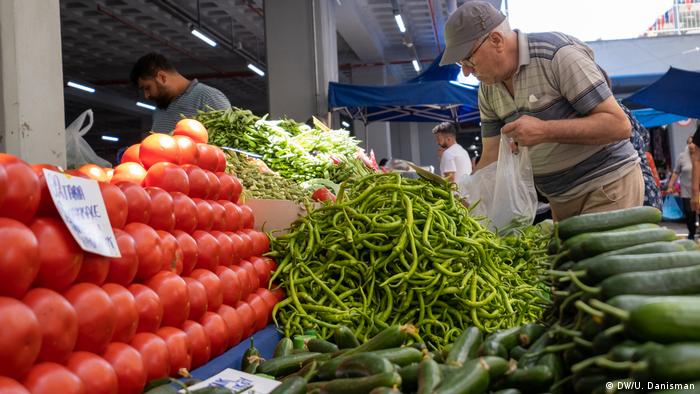 Turkish tomatoes, cucumbers and peppers are becoming increasingly contaminated with deadly chemicals, according to Greenpeace Mediterranean's most recent study, "The Danger on Our Table: Pesticides."

The researchers who compiled the report studied 30 different types of tomatoes, green peppers and cucumbers, taking 10 examples of each from supermarkets and weekly farmer's markets in August, September and November 2019. Scientists studied the vegetables, looking for traces of pesticides to determine their effect on consumers, crops and nature.

Will robots soon trump tractors on the fields?

The Greenpeace study found that 15.6% of the vegetables examined also contained illegal pesticides such as Carbendazim, which the European Union banned in 2015. Turkey banned the agricultural use of Carbendazim in 2018. It has been scientifically proven that the pesticide affects fertility, human hormones and the nervous system. It can also spur the growth of tumors in the human liver, as well as posing grave health risks to unborn babies.

Turkey's Agricultural Ministry has yet to comment on the Greenpeace report. However, it is quite possible that the problem is not limited to Turkey.

Read more: Next generation farming: How drones are changing the face of British agriculture

Turkish nutritional scientist Bulent Sik was one of the report's authors. Sik explains: "We have no idea if vegetables from the harvests we examined remained in Turkey, or if they were exported to other countries. That is something that can only be determined if those countries examine the vegetables as well." Turkey exports some 10% of its produce harvests, with 90% remaining in the country, says Sik. 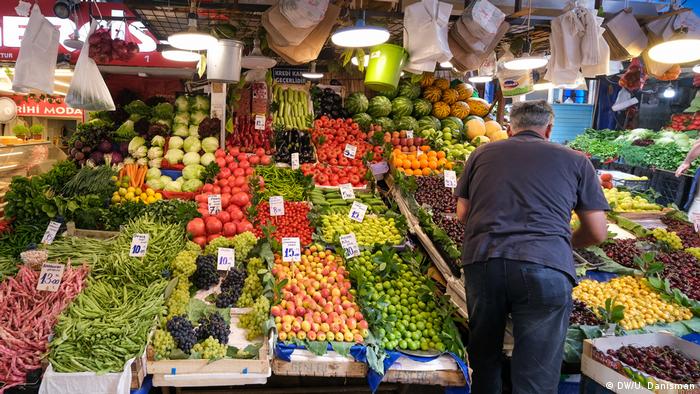 Researchers also found that the toxic content of 42% of the vegetables examined had not decomposed and instead leached into the soil or became airborne. Bulent Sik says this poses a grave health risk to farmers and harvesters.

"Farmers who treat their produce with pesticides come into contact with the poisons several times a day. Such poisons can cause breast and ovarian cancer in women as well as impacting unborn babies, and cause prostate cancer in men, thus affecting fertility," he says.

Pesticide use in Turkey double that of Holland

The Greenpeace report claims pesticide use in Turkey increased seven-fold between the years 1979 and 2018. Currently, Turkish farmers spray some 59,000 tons of pesticides on their crops each year. That means that while the Netherlands is the EU leader in pesticide use at 13 kilos (29 lbs) per hectare (2.5 acres), their use in the Turkish city Antalya, for instance, measures double that at 26 kilos per hectare.

European farmers currently use 1,000 different types of pesticide. In 2016, Greenpeace compiled and published its "EU Pesticide Blacklist." In it, Greenpeace claimed that a number of pesticides labeled harmless to humans and nature by the EU were in fact harmful. Researchers examined a total of 520 legal pesticides for the report and blacklisted 290 of them.

In "The Danger on Our Table: Pesticides," researchers compared their findings with pesticides on the blacklist and determined that 90% of the tomatoes, 67% of the cucumbers and 73% of the green peppers examined exhibited traces of at least one of the pesticides on the list. However, as none of those pesticides violate existing EU guidelines, tainted Turkish can still be legally exported to Europe.