Czech activists have secured a deal to have a pig farm removed from the site of a Nazi-era concentration camp for Roma. With extremism on the rise, the victory may be only symbolic, reports Tim Gosling in Usti nad Labem. 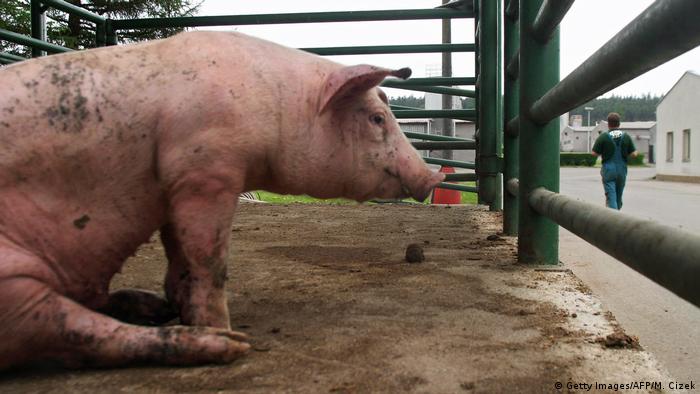 A grubby eight-year-old girl jumps through the December dusk from a second story window. Her bare feet land on a heaving morass of rubbish barely a meter below.

Amid the feces and rat-infested detritus rising on all sides of the block in the Predlice ghetto, home to dozens of Roma families in the northwestern Czech city of Usti nad Labem, it's hard to believe this is the European Union in the 21st century. The squalor is stunning.

The family of Roma rights activist Josef Miker has suffered worse. In the 1940s many relatives were sent to the Lety concentration camp for Roma, 160 kilometers (99 miles) to the south. Official figures show that of 1,308 prisoners registered, 327 perished. Five hundred more were transferred to Auschwitz.

Miker, however, insists testimonies prove thousands more were murdered at the camp, which was run by Czechs under the auspices of the Nazis. Over 90 percent of the Czech Roma population is estimated to have been wiped out during the Roma Holocaust. 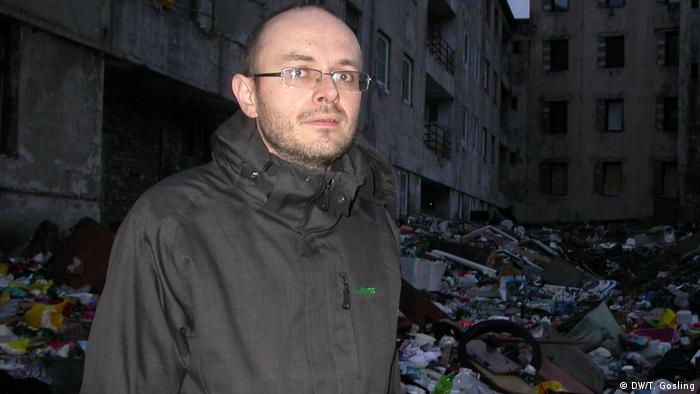 Roma rights activists like Miroslav Broz (here in Predlice) of Konexe see much more work ahead, despite a win in Lety

Yet, while many former Nazi camps now host memorial museums, a pig farm has sat on Lety since the 1970s. Over the last two decades, a campaign to clear the site has become symbolic in the struggle for Roma rights — and a lightning rod for extremists.

In November, the Czech government signed a deal to buy the farm for 451 million Czech crowns (€17.5 million) from AGPI. The company has remained neutral throughout the fight, say activists, despite protests and blockades.

Miker, whose NGO Konexe was a leading actor in the bid to shift the farm and allow excavation of suspected mass graves, praises it as a hard fought and symbolic victory. However, with extremism on the rise across Europe, he's wary of the future.

Hate from on high

The backlash against the Lety deal has been vicious. In one particularly shocking incident, a picture of a primary school class published online and featuring Czech, Romani and Arab children reaped calls for violence via social media. 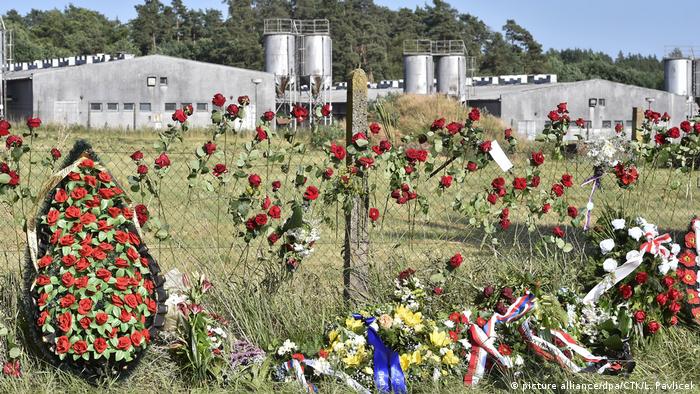 Such hate is not unusual on Czech social media, notes Miroslav Mares, who studies extremism at Masaryk University in Brno. It has a symbiotic relationship to politics.

The infection reaches to the very top. As the Lety deal was being signed, President Milos Zeman called Roma "unadaptables," a common euphemism for "work-shy parasites."

The rhetoric only deteriorates further down the ladder. The secretary of the far-right SPD, which won 10 percent of the vote, reportedly introduced himself in the new parliament by calling for Jews and Roma to be shot at birth. SPD leader Tomio Okamura slammed the Lety deal as over-priced and claimed Lety was a labor camp, not a concentration camp. The communist KSCM joined the complaints.

Babis, who tends to blow with the wind of public opinion, has been flirting with the SPD and KSCM as he struggles to form a government. The former finance minister was forced to apologize in 2015 for denying Lety was a concentration camp.

Roma are 'easier' for Czechs to hate

Though an important signal, the deal promises little progress for Roma rights on the ground.

It was a cynical response to growing international pressure, Mares suggests; the EU recently noted the case. "The timing looks political," he remarks. "The new government can now blame the old to defend itself against the extremist parties."

Ironically, the migrant crisis may also have helped. "The role of 'enemy' has moved to Islam somewhat," states the academic.

However, Miroslav Broz of Konexe says that while he noticed the aggression aimed at Roma eased somewhat in 2015, they are now firmly back in the firing line. "Islam is too abstract. There are a few thousand Muslims in the Czech Republic, but over 250,000 Roma," he points out.

Miker still insists the deal is vital for the effort. "Lety has long been an obstacle for Roma equality," he states. "Denial of the Holocaust and racism are strongly connected. You'll never integrate a minority on whose genocide site you dump pig shit."

While that waste will soon be hauled away, concern remains over what will eventually rise at Lety. 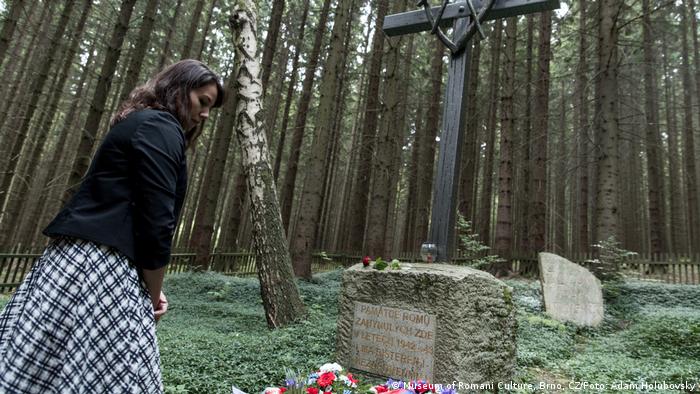 "The fight is not over," Miker announces. "We are worried that there will be problems in building a memorial. On top of that, powerful Roma business interests are already seeking to make money out of the deal."

Out of the ghetto

In March, AGPI will hand the site to the Museum of Romani Culture, and armed with another 120 million crowns, the state institution will starting clearing the farm. Plans for a memorial are vague.

Spokesperson Kristina Kahoutova says whatever is eventually built, "it will not be big." On the one hand, she notes that a memorial to the Roma Holocaust opened in the summer at Hodonin u Kunstatu, the site of another camp near Brno.

However, she also admits the political climate could take a toll. "We have a new government coming. It will depend on the finances, and that may depend on political opposition to the project."

Mares suggests Lety could also be used to stoke hatred further. "The large sum paid by the government may spur anti-Roma feeling, and the extreme parties will seek to use that," he says. "Meanwhile, Roma activists will now need to find a new rallying point."

Miker has little doubt, however, regarding the next challenge. Despite EU legal action, Roma across the region are still often sent to special schools for children with learning difficulties. The exclusion and poverty perpetuated by such policy fuels ghettos such as Predlice. "Education segregation is the next big fight," he declares.

Czech President Milos Zeman has appointed the populist mogul Andrej Babis as the country's new prime minister. While Babis emerged as the clear victor of the recent election, his political future is far from certain. (06.12.2017)