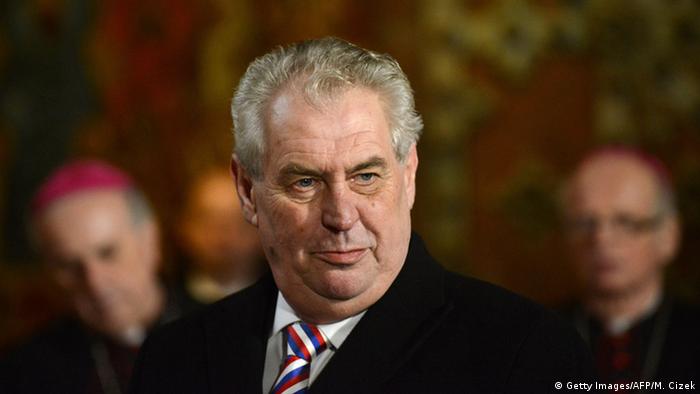 Zeman wants the Czech Republic to block refugees from entering the country, a government official said on Tuesday.

"Our country simply cannot afford to risk terrorist attacks like what occurred in France and Germany. By accepting migrants, we would create fertile ground for barbaric attacks," said Zeman's spokesman, Jiri Ovcacek, pointing to the recent events in Europe.

"The president does not agree with any acceptance of migrants in the Czech territory," Ovcacek added.

The president, whose role is largely ceremonial, also took a swipe at Merkel this weekend, calling her stance on refugees "nonsensical" in an interview with the newspaper Blesk.

No fan of Merkel

Last week, Merkel held a press conference in the wake of a series of violent incidents that struck Germany, three of which were carried out by refugees. Facing questions from reporters, Merkel refused to change course on her position toward refugees, thousands of whom have entered the country in the past several months alone.

While the Czech Republic has remained highly critical of the EU's quota system, which redistributes refugees across the 28-member bloc, it hasn't taken legal action like Slovakia and Hungary.

The government of Prime Minister Bohuslav Sobotka has agreed to take 80 Syrian refugees in a move opposed by Zeman.

Officials in the Czech Republic plan to register "Czechia" as the short form of the country's name at the UN. But will it catch on? Ian Willoughby reports from Prague. (15.04.2016)