Violent attacks cause serious political fallout in Berlin | Germany | News and in-depth reporting from Berlin and beyond | DW | 27.07.2016

The spate of highly publicized violent incidents in Germany have drawn new security demands from Bavarian politicians - many of which may be unconstitutional. Other politicians have warned against overreaction. 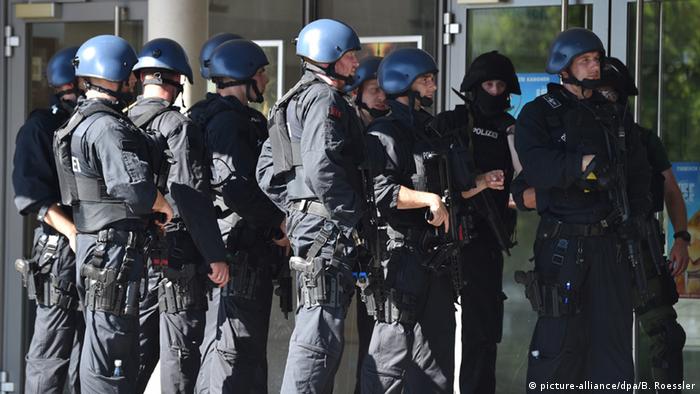 Bavarian State Premier Horst Seehofer, flanked by his interior minister, Joachim Herrmann, held a press conference on Tuesday with a list of plans and demands following the recent spate of attacks in southern Germany. These included more and better-equipped police officers, tighter border controls, faster deportations, better surveillance in refugee homes, and if necessary, the deployment of the military inside the country.

On Wednesday, politicians and organizations examined the proposals and offered caveats and warnings. The army federation itself resisted the call for domestic deployment, on constitutional grounds: "We are in favor of a division between foreign and domestic security, as the constitution foresees," a spokesman told the "Neue Osnabrücker Zeitung." "The Bundeswehr is not an auxiliary police force."

Boris Pistorius, Lower Saxony's interior minister, voiced similar concerns about other proposals, warning against a political overreaction to what were, he said, a series of unconnected incidents. 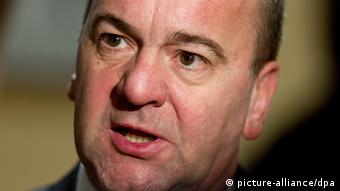 "I don't think much of describing this series of very different attacks as a wave of violence," he told "Die Welt" newspaper. "We're not there yet. Ansbach, Würzburg and Munich were each very awful acts on their own, but should clearly be distinguished."

He went on to insist that Germany's security forces were in fact very well equipped and prepared for attacks, but "we can never create 100-percent safety, with no law in the world." "Crimes like those in Würzburg, Munich and Ansbach are hardly predictable for the security authorities," he added.

Pistorius also pointed out that asylum law can't just be altered on a whim - even if asylum applications are rejected, people have a right to raise legal objections, for instance if a deportation could put their lives in danger. "That can't just be negated," he said. "We can't just throw our legal principles overboard, especially in emotionally charged times, and the right to asylum is a fundamental right - we can't just suddenly dilute it."

Those sentiments were echoed by the German chapter of Amnesty International, whose asylum specialist Andrea Berg told the "Neue Osnabrücker Zeitung" on Wednesday that "no human being is allowed to be deported to a country where their life or freedom was at risk." Anyone demanding this, she said, should be aware that "such deportations represent a clear breach of international law."

There has also been political fallout on the left of Germany's political spectrum, where Sahra Wagenknecht, head of the socialist Left Party, found herself being celebrated by the populist right-wing "Alternative for Germany." The recent attacks had shown that "the reception and integration of a large number of refugees and immigrants is bound up with significant problems and is more difficult than Merkel's 'we'll manage it' last fall tried to persuade us," she had said in a statement.

Anger at the extremes

Meanwhile ,Left party members were collecting signatures on a petition saying that Wagenknecht's statements "were a slap in the face for us all." "We're sick of having our fundamental convictions, our decisions, our identity, our profile as an anti-racist party sacrificed for a short-term, dishonorably populist, so-called success," the petition read.

For their part, the AfD's deputy leader Alexander Gauland strayed unashamedly into Donald Trump territory and called for the right to asylum to be suspended for all Muslims, "until all asylum seekers currently in Germany are registered, checked, and have had their applications processed." 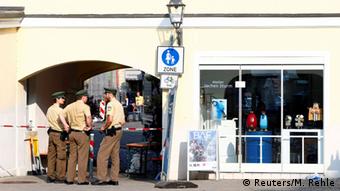 The AfD is not represented in the German parliament, and so has no legislative power. But in any case, Gauland's proposal would probably be deemed illegal since Germany's constitution guarantees political asylum to anyone who is being persecuted abroad, regardless of their religion - the only exceptions are if new arrivals come from another European Union country, or what is deemed a "safe country of origin." A spokesman for the German Interior Ministry added that the idea was "simply not compatible with our understanding of religious freedom."

The statement drew immediate ire from the opposition. "Gauland wants to discriminate people because of their religion and leave politically persecuted people without protection," Green party leader Simone Peter told the "Tagesspiegel" newspaper, before accusing the AfD man of trying to "divide society and sow hate and violence against minorities."

Bavaria's top security official has revealed new details of a bombing in the German town of Ansbach. In the wake of several attacks on German soil, officials have considered deploying the military in country. (27.07.2016)

Does Germany need an integration ministry?

Germany's integration commissioner believes it's time the constitution included a paragraph committing the country to integrating newcomers - plus a dedicated integration ministry. But conservatives don't see the point. (27.07.2016)

Following multiple terror strikes across Germany, Bavarian authorities plan to boost the police force and use the army to help secure borders. Soldiers, however, warn that the Bundeswehr is no "auxiliary police." (27.07.2016)