Following multiple terror strikes across Germany, Bavarian authorities plan to boost the police force and use the army to help secure borders. Soldiers, however, warn that the Bundeswehr is no "auxiliary police." 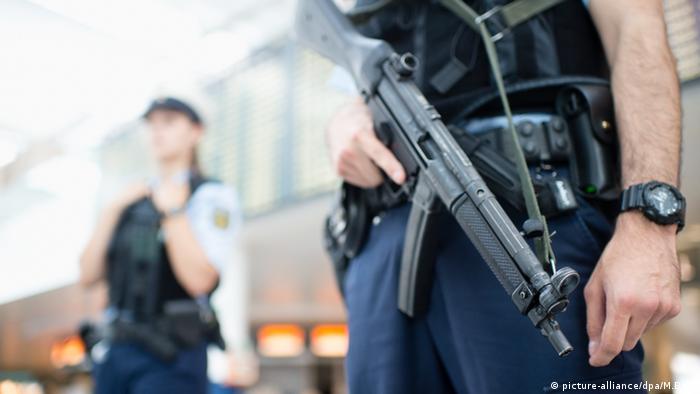 The Munich cabinet wants to have more experts "monitoring extremists," and to recruit more people for "special police forces," according to a strategy paper published on Wednesday.

Also, the state authorities want a bigger and better-equipped police force with electric Tasers, new weapons and batons, as well as "protective vests and titanium helmets that could withstand a shot from a Kalashnikov," they said in the 18-page document called "Law and Security Offensive."

Munich also expects "other states and the federal government" to boost their police forces.

The initiative comes after four separate violent incidents in Germany, all involving youngsters with Muslim backgrounds. Firstly, a 17-year old refugee believed to be from Afghanistan injured four people during a stabbing rampage aboard a Bavarian train last week. The "Islamic State" (IS) group claimed responsibility. Several days later, an 18-year old German-Iranian gunned down nine people and killed himself in a Munich shooting spree, although the authorities believe the killing was not politically motivated. On Sunday, a Syrian migrant killed a woman with a machete in Reutlingen, and only hours later, another Syrian blew himself up outside of a music festival in the Bavarian town of Ansbach, injuring twelve people.

All of these attacks closely followed the Nice truck massacre that killed 84 people in France. On Tuesday, France was once again targeted by jihadists.

Bavaria's state premier, Horst Seehofer, has repeatedly knocked heads with Chancellor Angela Merkel over national migration policy. He was also one of the loudest voices to call for the closure of Germany's borders, with his state taking in many of the new arrivals via Austria last year.

In the new strategy paper, the Munich authorities argue that the army should be used to protect the borders if police forces are not enough for the task.

"Many thousands of refugees were able to enter Germany with no control and registration for several months, and this situation must not happen again," they said. "German officials must be in the position to hold foreigners at the border and determine their identity."

In response, the vice chair of Germany's army union, Andreas Steinmetz, said that using the Bundeswehr within Germany's borders should remain an exception.

"We support the separation of exterior and interior security, as defined by the constitution," he told the German newspaper Neue Osnabrücker Zeitung. "The army is no auxiliary police."

The Bundeswehr would act only in a major emergency that could not be managed any other way, he said.

Bavaria's head of government Seehofer has also urged a different policy on refugees with criminal records coming from crisis areas. Germany currently cannot deport Syrians to their country even after rejecting their asylum claims, due to the war, a situation Seehofer wishes to alter.

The SPD party, however, which is also part of the ruling coalition in Berlin, rejected Seehofer's idea. The human-rights watchdog Amnesty International said that deportations would contravene international law.

"Nobody can be deported to a country where his life or liberty would be jeopardized," Amnesty representative Andrea Berg told the Neue Osnabrücker Zeitung.

The mass shooting in Munich also rekindled a debate about violent video games in Germany, after investigators announced that the attacker was a fan of first-person shooters. Family Minister Manuela Schwesig said she was not a fan of the games, but had no intention of banning them.

"Not everyone who play these games goes on killing sprees," she told the Nordwest Zeitung.

The state premier of Germany's most populous state of North Rhine-Westphalia, Hannelore Kraft, said that the authorities would change their security policies after the terror strikes.

At the same time, she rejected the idea of using the army to do provide security within Germany's borders.

"I don't know how the Bundeswehr could help in the cases such as Munich or Ansbach," Kraft told the Neue Westfälische paper.

She also spoke out against putting all refugees or all Muslims under blanket suspicion.

"It would good for us to stay reasonable," she said. "The overwhelming majority of Muslims here live peacefully."

President Francois Hollande has said France will send artillery equipment to Iraq to aid the fight against "Islamic State" militants. The move has come after IS claimed responsibility for a deadly truck attack in Nice. (22.07.2016)