Two hostage-takers said to be loyal to "Islamic State" have murdered a priest by slitting his throat inside a church in France before they were shot dead by police. Prosecutors say one suspect had an electronic tag. 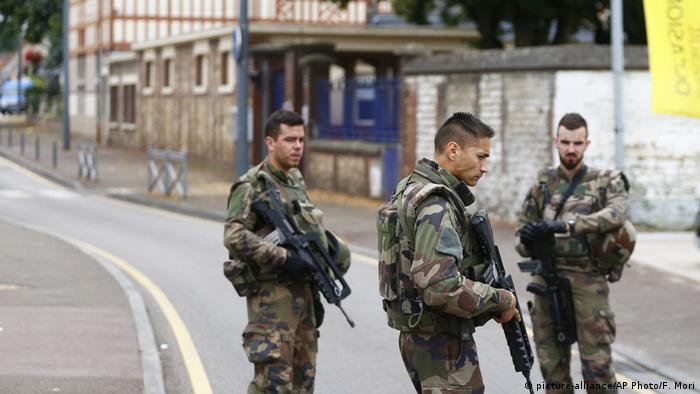 French President Francois Hollande visited the scene of Tuesday's murder during morning mass at Rouvray, near Rouen in Normandy, describing it as a "vile terrorist attack" that adds to a string of deadly jihadist assaults in France since last year.

A nun, identified as Sister Danielle, told RMC radio and BFM television that the assailants forced 85-year-old parish priest Father Jacques Hamel to his knees before slitting his throat.

"They did a sort of sermon around the altar, in Arabic. It's a horror," she said.

French media said one of the two attackers equipped with knives was a local man and had spent a year in French jail after trying to travel to Syria via Turkey.

French anti-terror prosecutor Francois Molins identified him as 19-year-old Adel Kermiche, who had been fitted with electronic surveillance since March.

Responsibility for the attack - the first jihadist attack on a church on French soil by the so-called "Islamic State" (IS) - was claimed via Amaq, the mouthpiece agency of Islamic State, which in recent years has become notorious for its brutality in Syria and Iraq.

A special French police unit confronted the attackers as they left the church, shooting them dead and freeing three hostages, physically unharmed. 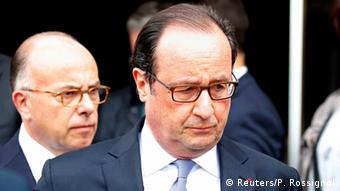 Hollande said he was calling a meeting on Wednesday of representatives of all religions in France. "We must lead this war with all our means," he added.

Mohammed Karabila, regional Muslim leader, denounced the Rouvray attack as an "odious act" and said that one of the attackers had been known to police.

Vatican spokesman Federico Lombardi said Pope Francis condemned "every form of hatred" and expressed his "pain and horror for this absurd violence."

From Krakow in Poland, Rouen's Catholic archbishop, Dominique Lebrun, said he urged all, including non-believers, to unite in an outcry.

"The Catholic Church has no other arms besides prayer and fraternity between men," he said. 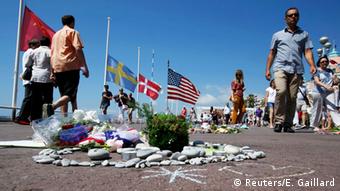 Rouvray's mayor, Hubert Wulfranc, tearfully denounced what he called "barbarism" and gave a deeply emotional plea: "Let us together be the last to cry."

France has remained on high alert under an extended state of emergency since a truck driven by a Tunisian resident killed 84 revelers along the promenade of France's southern Mediterranean city of Nice on July 14, Bastille Day.

Although IS claimed responsibility for that attack, police have not confirmed linkage. 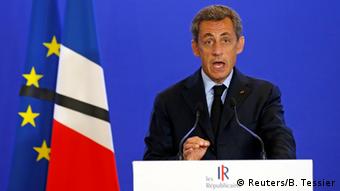 "We must be merciless," Sarkozy told reporters. "There is no more time to be wasted."

Far-right National Front leader Marine Le Pen, who is also expected to run for the presidency in 10 months' time, said both major parties had failed on security.

Hollande insisted the state must stick to the rule of law as a hallmark of democracy.

Potentially hundreds of 'IS' recruits in Europe

Europol has reiterated warnings that hundreds of potential Islamist terrorists are located across Europe. It has cast doubt, however, on views that the "Islamic State" militia has systematically used refugee routes. (26.07.2016)

The French parliamentary inquiry into the Paris attacks has proposed a fusion of all French intelligence services into one agency. It also concluded that the ensuing state of emergency has only brought limited success. (05.07.2016)