The French parliamentary inquiry into the Paris attacks has proposed a fusion of all French intelligence services into one agency. It also concluded that the ensuing state of emergency has only brought limited success. 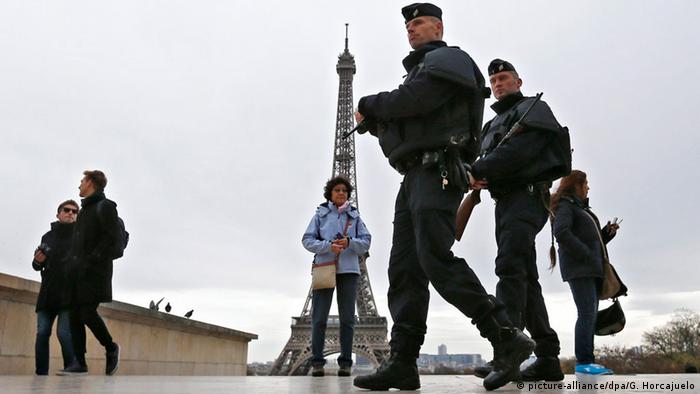 After 200 hours of interviews and statements over the last six months, the French parliamentary commission of inquiry into the 2015 terror attacks in Paris recommended the establishment of a single, unified "national anti-terrorism agency," admitting that France had "not been prepared."

"Faced with the threat of international terrorism we need to be much more ambitious [...] in terms of intelligence," commission president Georges Fenech said. He also stressed that the committee's aim was "to shed as much light as possible on what happened" so it could suggest necessary measures to prevent further such incidents.

The commission made a series of key recommendations at government level: to create an agency to fight against terrorism; to bring together the three elite forces GIGN, Raid and BRI; creation of a national intelligence agency; greater security measures to be taken at international airports and improvements to the judicial and prison system, where many assailants have been radicalised in the past.

Fenech also urged the implementation of the commission's recommendations, tweeting that in the face having been declared a war (by jihadists), officials were ill-equipped and tied down by regulations to serve effectively; he expressed this in particular by saying that today's soldiers were wearing "lead boots."


State of emergency only partially helpful

Among the 39 proposed changes in the committee's report, French socialist party lawmaker Sebastien Pietrasanta said that the state of emergency imposed across France after the November attacks had only resulted in a "limited impact" on security matters.

"The state of emergency had an impact but it seemed to quickly diminish," he said. The countrywide security measures remain in place nearly eight months after the attacks.

The official inquiry also brought the "real added value" of Operation Sentinelle into question. This saw thousands of soldiers deployed to protect schools, synagogues, department stores and other sensitive sites.

The heightened police and military presence has been especially felt during large-scale public events, such as the European Championship matches. The report recommended Operation Sentinelle concentrate its efforts on the "protection of certain strategic points."

Deputy Fenech had remarked earlier that it was also "important to make progress on cooperation" between France and Belgium, on issues such as intelligence sharing and criminal law policy. The comments came after Belgium was rocked by a similar string of attacks earlier in the year. This approach was partly reflected in the commission's report as well, urging the police and other agencies to have increased cooperation with the EU's law enforecement agency Europol. 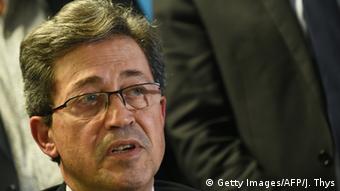 The assailants in the Brussels attacks were later found to have links to those in Paris, raising questions about the existence of organized terrorist cells making use of borderless travel across the European Union. Some of the assailants in the two attacks were known to police and intelligence officials as potential radicals with ties to the terror organization "Islamic State" (IS).

The commission recommended increased cooperation with governments affected by IS' territorial gains, specifically Iraq. But also suggested initiatives in securing Turkey's border with Syria, which has allowed for extremists to gain access to the heartland of IS in the past.

Controversially, the commission also recommended more Europol officials be deployed to Greece to monitor the arrival of migrants from the Middle East under the directive of the European border agency Frontex.

The families of the victims of the Paris attacks had been invited to take part in the inquiry. Many hoped to find out why the attacks could not have been prevented, especially after the government had compiled two previous reports in recent years following other terror incidents in France.

"Our country wasn't prepared then. Now it's about time to be prepared," Fenech, national secretary of Nicolas Sarkozy's Les Republicains party, said.

He also stressed the impartial nature of the committee's work and the extent to which its results could be effective. "We are neither prosecutors nor judges. We are not bringing any charges nor judging anyone. We are members of committee of inquiry, and therefore it is our objective to establish the truth and to infer propositions so the government can take the necessary measures to remedy this wrong," he said.

The 39 proposed changes in the commission's report to the French government's approach to counter-terrorism measures will still have to be put to a parliamentary vote. Some parliamentarians, such as Senator Roger Karoutchi, have already welcomed the recommendations, saying that the report stressed how France needed "to strengthen our intelligence and unify our response forces."

A Brussels-based terror cell intended to launch a new strike in France, but hit closer to home, prosecutors say. They said the terrorists changed their plans after being "surprised" by a quick-moving investigation. (10.04.2016)

Jihadis are pushing France to its limits. Politicians are calling for a further tightening of terrorism laws and reasonable answers to the challenge are slow in coming. (18.06.2016)

France: The Hero of the Stade de France