Czech President Milos Zeman has appointed the populist mogul Andrej Babis as the country's new prime minister. While Babis emerged as the clear victor of the recent election, his political future is far from certain. 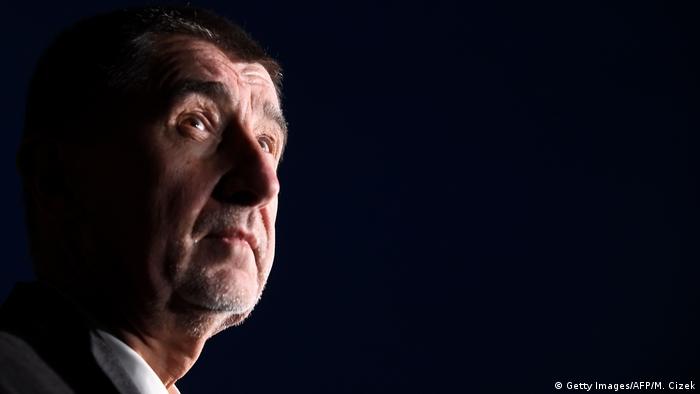 The 63-year-old Andrej Babis was officially tasked with naming the new Czech cabinet on Wednesday, with President Milos Zeman designating him prime minister in the Prague Castle ceremony.

"Our country should be more active towards solving illegal immigration," Babis said after accepting his appointment.

Babis' ANO movement won 78 seats in the October vote, putting it far above any other of the eight remaining parliamentary parties in the state. Even so, ANO remains well short of a majority in the 200-seat chamber. The populist Babis has so far failed to ensure the support of any of the other factions.

Babis is among the richest people in the central European state, controlling over 250 companies, including several newspapers and the most popular radio station in the Czech Republic. During the campaign, he pledged to fight corruption and illegal immigration, while also voicing skepticism on adopting the euro as a currency in the 10.6-million nation.

Similar to US President Donald Trump, he pledged to run the state as he did his business empire and vowed to advocate "active defense" against migrants from non-EU countries.

However, the billionaire also faces charges of defrauding the EU for around €2 million ($2.34 million) in 2007. According to the prosecutors, Babis moved one of his farms, dubbed 'Stork Nest', out of his business empire Agrofert to make it eligible for a small-company subsidy from the EU. The farm was eventually returned to the holding.

Heading for jail or absolute power?

Babis had his immunity lifted over the charges in September, but has since regained it by entering the new parliament in the October vote. The Czech police have asked the new parliament to repeat the process, opening the possibility for Babis to face trial.

Other parties have cited fraud charges as reason for refusing to cooperate with the ANO movement.

According to the Czech constitution, Babis' minority government is set to take office on December 13. However, it will also automatically face a confidence vote within the next 30 days. If ANO is unable to find allies by that time, the government is doomed to fail.

Babis would then likely remain in power until another arrangement is found. However, due to ANO's overwhelming election victory and nearly 30 percent of support among voters, any feasible majority will likely also be led by the party.

Some observers believe that Babis' minority government may eventually secure backing from the Communist Party of Bohemia and Moravia and the far-right Freedom and Direct Democracy (SPD).