The Czech parliament has stripped billionaire and centrist ANO party founder Andrej Babis of his immunity, meaning that police can bring fraud charges. He denies misusing EU small-business subsidies in 2007. 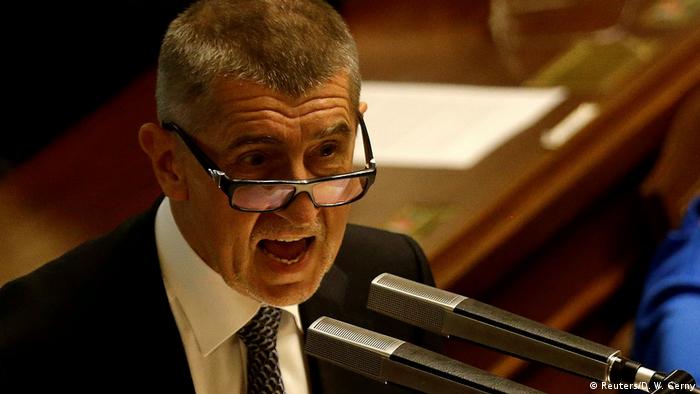 Babis denies wrongdoing in the scandal over EU subsidies

Parliament voted 123-4 with seven abstentions on Wednesday to let police proceed against Babis and his deputy Jaroslav Faltynek just six weeks ahead of fresh elections.

The centrist movement ANO, which came a surprise second with an anti-corruption message in the Czech Republic's 2013 election, is widely expected to win on October 20 and 21. Its acronym originally meant "party of unsatisfied citizens."

Babis, whose ANO is junior partner in a Social Democrat-led government, was fired as the nation's finance minister earlier this year.

Prosecutors alleged that in 2007 Babis excluded a farm south of Prague, called the Stork Nest, from his sprawling Agrofest holding company to gain 2 million euros ($2.29 million) in subsidies intended for small businesses.

Ownership of the farm was returned in 2014 to Agrofest, which comprises chemicals and food operations – after a five-year compliance period.

During seven hours of debate in parliament Wednesday, Babis said he could not see any crime, adding: "I see a different thing – I see elections.”

"If I weren't a politician, nobody would investigate the Stork Nest, " said the Slovak-born 63-year-old.

Opposition conservative and ex-finance minister Miroslav Kalousek said: "None of us acquired 50 million [Czech] Crowns that were intended for small enterprises."

Babis ended up backing the motion himself, saying he wanted to clear his name.The rest of his ANO caucus did not take part in the vote.

Recent surveys indicate that the subsidy scandal is unlikely to harm public support for Babis' ANO, which, according to the poll agency Median is the strongest group on 26.5 percent, followed by the Social Democrats (CSSD) on 14.5 percent and the Communists (KSCM) on 13 percent..

The Czech Republic, comprising 10.5 million people, has a legacy of four decades of communist totalitarian rule, with corruption reputedly persisting since it split in 1993 from Slovakia.

The investigation against Babis is expected to last well beyond the October vote.