The Bavarian politician will head from Munich to Berlin to take up the reins of the newly-renamed Interior Ministry. That is, as long as the proposed grand coalition government gets approved by SPD members. 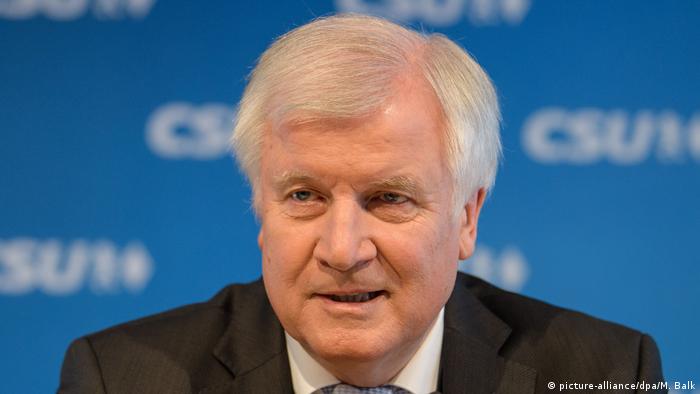 Horst Seehofer, the head of the conservative Bavarian Christian Social Union (CSU), announced that he will "definitely" come onboard a future grand coalition government as the interior minister, according to an interview published in the Friday edition of Germany's national daily Bild.

His statement laid to rest rumors that he might not take up the position due to differences with the center-left Social Democrats (SPD), the potential government partners of Angela Merkel, over the policy areas his ministry would oversee.

"When the SPD party members vote accordingly, I will definitely switch to the federal cabinet," Seehofer said.

A future grand coalition government between the Union parties, the CDU and the CSU, and the SPD, depends on the approval of SPD members, who voted via mail on the proposed coalition agreement. The results are expected Sunday, March 4.

The CDU has already approved the government agreement. 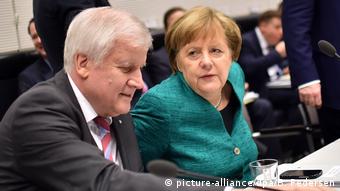 Seehofer's CSU is the sister party of Merkel's CDU

Seehofer's confirmation that he would head to Berlin came after a meeting on Thursday afternoon with Merkel, the provisional head of the SPD, Olaf Scholz, and the SPD's leader of its parliamentary group, Andrea Nahles, as well as other top politicians from the CDU and CSU.

Their discussion revolved around the areas which Seehofer would oversee in his ministry, newly renamed the Interior, Construction and Homeland ("Heimat") Ministry. SPD representatives agreed that construction would be transferred from the Environment to the Interior Ministry.

The CSU politician would be taking over the post of interior minister from CDU politician Thomas de Maiziere.

Seehofer and the CSU have been critical of Merkel's migration policies. The decision to expand the name of the Interior Ministry to include the word homeland unleashed criticism from those who felt the term implied the exclusion of those people living in Germany who come from different cultural backgrounds.

The interior minister is the latest in Chancellor Merkel's Cabinet to become infected. Japan is struggling to contain a surge in COVID-19 cases with the Olympics just over 10 weeks away. Follow DW for the latest.