′Crimea is about the survival of Putin′s system′ | World| Breaking news and perspectives from around the globe | DW | 14.03.2014

'Crimea is about the survival of Putin's system'

Russian President Vladimir Putin is currently flexing his muscles in the Crimea crisis. But what are his long-term goals, and who could still have the power to influence him? 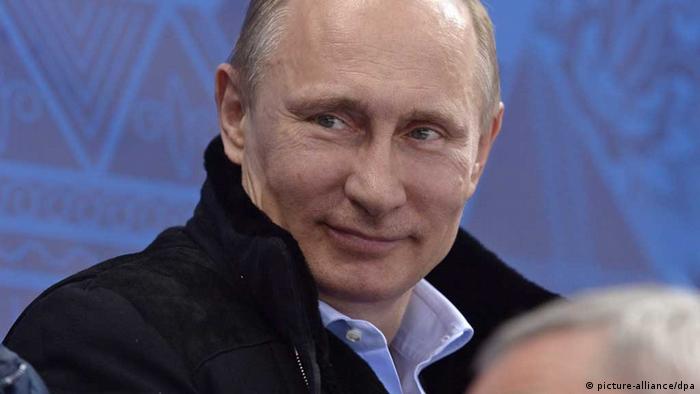 There is only one explanation for Russian President Vladimir Putin's behavior on the Crimean peninsula, according to Stefan Meister, a Russia expert at the European Council on Foreign Relations.

"This is about the survival of Putin's system," he told DW. "For him, foreign policy has become a central instrument for internal legitimization."

Since the fall of the Soviet Union, Putin has been Russia's dominant political force. In 1999, Boris Yeltsin made him prime minister. When Yeltsin himself resigned several months later, he made Putin president of the Russian Federation. In March 2000, the Russian people confirmed their support of Yeltsin's choice in a presidential election. Ever since, Vladimir Putin has been at the helm of the huge country - even when he did not officially hold the country's highest office. 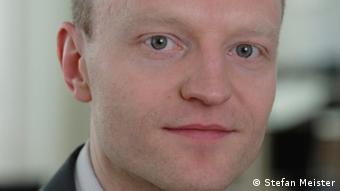 In May 2012, Putin began his third term as president. From 2008 to 2012 he swapped roles with his close confidant Dmitry Medvedev and was Russia's prime minister for one legislative period, since the Russian constitution only allows two successive presidential terms.

"Putin is a politician who knows how to cleverly wield political power," said Meister. "But if he is put under pressure, he sometimes reacts in impulsive ways," he said, adding that for Putin, key is to show strength.

This can also be seen in the image of himself he presents to the public. He has shown a foible for portraying himself as a tough outdoorsman, riding bare-chested through the endless Siberian steppe and catching huge fish. It is a public image that large segments of the Russian population approve of thoroughly. 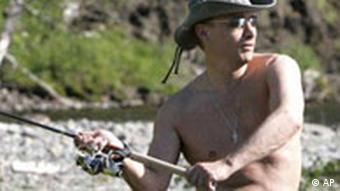 Putin likes to present himself as one with Russian nature

Asked in a 2012 interview for German television what the source of negative Western attitudes towards him could be, Putin responded: "It mainly stems from a fear of Russia - of our scale, our nuclear weapons, our potential in various other spheres. But that is an old way of thinking."

Vision of a Eurasian Union

Russia too, is trying to find its geopolitical role. One important strategy for that is the Eurasian Union. According to Putin's plans, Russia, Belarus, Armenia and Kazakhstan will be joining to form this customs union in the near future. Later on, Tajikistan and Kyrgyzstan might become members. Ukraine, which Putin considered a particularly important player due to its size and geographical position, was also supposed to join. But with the upheaval that has taken place in Kyiv, whether Ukraine looks towards the EU, Russia or some mix of the two is impossible to predict.

"Ukraine is the most important country for Russia, for Putin to fulfill his dream of Russia as a powerful state based on orthodox values, values which are distinct from Western values," said Pavol Demes, a Transatlantic Fellow at the Bratislava office of the German Marshall Fund, a US think tank that aims to strengthen transatlantic cooperation. 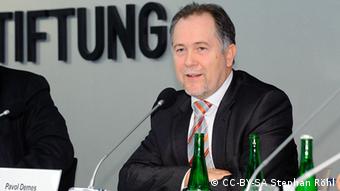 Both Demes and Meister said Germany is the most important Western partner for Putin. Since being stationed in East Germany as a Russian KGB agent from 1985 to 1990, Putin has had special relationship to Germany. He speaks fluent German and his second daughter was born in Dresden in 1986.

After he took office as president in 2001, Putin gave a speech to the German Bundestag in German. The move was unusual for a foreign guest of the German state and it sent a clear message. In his speech, Putin supported the eastward expansion of the EU and pleaded for strong ties between Russia and Europe.

The idea has hardly come to fruition. The political unity of Germany, France and Russia in opposition to the US-led "coalition of the willing" that attacked Iraq in 2003 was short-lived, for example, even as some EU members supported then-US President George W. Bush's war. 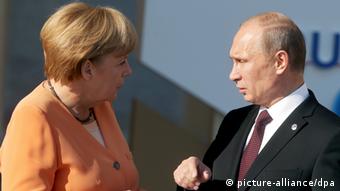 Merkel speaks Russian, Putin speaks German - but they still can't seem to come to an understanding

Russia is now largely isolated, when it comes to many aspects of foreign policy. In Syria, Moscow supports Syrian President Bashar al-Assad, Russia is supplying Iran with nuclear technology, and in Ukraine, Moscow is at loggerheads with the EU and the US.

Some observers have called on Germany to play more influential role in attempts to restart dialogue with Russia. "It hurts Putin to be criticized in Germany or to be perceived in a negative way in Germany," said Meister. "That plays an important role for him."

That is also why Demes said he has a clear demand for the German chancellor: "Germany, and Angela Merkel in particular, has an enormous responsibility and chance to modulate this conflict situation, more properly than anybody else."

Still, as Meister said, Germany's influence on Putin will only become noticeable in incremental steps, and he said the country's leverage is limited, "German politicians won't be able to stop him annexing Crimea."

Why Berlin can't go it alone on Russia

Germany’s special ties with Russia give Berlin a crucial role in trying to solve the Crimea Crisis. But that doesn’t mean that Berlin alone can push Moscow to alter its stance, as some media reports insinuate. (14.03.2014)