Twenty years after the collapse of the Soviet Union, Russia wants to join two other former Soviet republics in a new integration project. The Eurasian Union is to be based on the EU - but its success is in doubt. 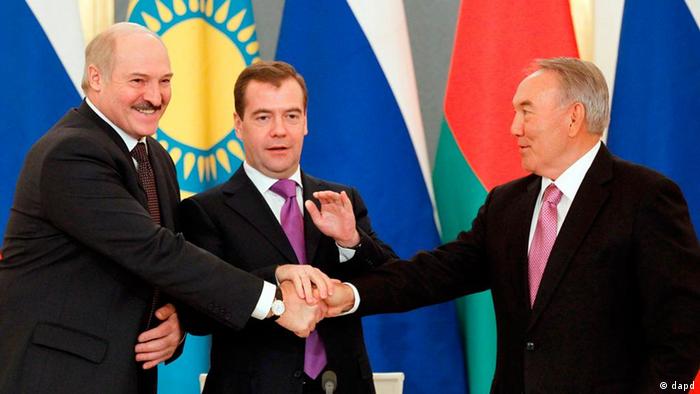 The three countries hope to integrate their economies

On January 1, 2012, a new version of the common economic area between Russia, Belarus and Kazakhstan comes into effect. The three countries had already founded a customs union in 2007, and Putin has said integration with the EU could take place by 2015.

The EU is a model for the Eurasian Union right down to its name. The "Eurasian Economic Commission" is to be the union's regulatory body, reminiscent of the European Commission, the EU's Brussels-based executive body. Boris Gryzlov, until recently the speaker of the Russian parliament, has already envisioned a Eurasian parliament. The creation of a common currency is not impossible either. Putin says the principle of equality should be especially important for the union - but the success of that principle is in doubt. 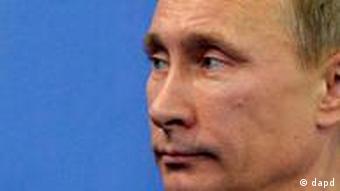 The 'Eurasian Union' is the pet project of Vladmir Putin

The Eurasian Union is the pet project of Russian prime minister and designated presidential candidate Vladimir Putin. It's not about copying or restoring the Soviet Union, he wrote in October 2011 in an article published by the national daily newspaper Izvestia.

Putin's suggestion was "a new, strong, supranational union that could become one of the poles of the modern world, and could play the role of an effective bridge between Europe and the dynamic Asia-Pacific region." Russia is first and foremost touting the economic benefits of such a union, like cheaper gas. Kyrgyzstan and Tajikistan are in talks about joining as well.

Putin's ideas are not new. After the fall of the USSR, there were several attempts at maintaining the connections among the former semi-republics. The best-known example is the Commonwealth of Independent States formed in December 1991. Observers consider the union to have failed. While it does serve as a platform for dialogue among the heads of state, critics say the CIS has been unable to produce any noteworthy successes in integration.

The one exception is the free trade treaty signed by eight countries in October 2011. But in resolving political conflicts, the CIS has proven to be ineffective. It was unable to prevent the war between Russia and Georgia in 2008, after which Georgia quit the union all together.

The idea of a common economic area has also already existed since 2003 among the three Slavic republics Russia, Belarus and Ukraine, and the central Asian Kazakhstan. However this was much more of an agreement on paper than in practice. Now this union is to be resurrected, presumably without Ukraine, which is now aspiring to integration with the EU. 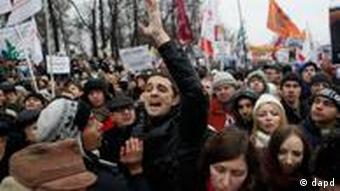 Russia, like Belarus and Kazakhstan, is criticized for a lack of transparent democracy

The three founding members all have dictatorial tendencies, though to varying degrees. Freedom of the press and the rule of law have suffered under Vladimir Putin's Russia, typified in the massive protests across the country against apparently falsified election results. Belarusian President Victor Lukashenko is commonly dubbed "the last dictator in Europe" and finds himself confronted with ever-harsher sanctions from the EU. And Kazakh President Nursultan Nazarbayev, in power for 20 years, is the object of a growing personality cult. At the beginning of this month, parliament declared the 71-year-old strongman "hero of the nation."

Experts see the chances of the Eurasian Union becoming an "EU of the East" as slim to none. Eastern Europe expert Gerhard Simon of the University of Cologne said the principle of equality, as exemplified in the EU, has no chance of taking root in the new bloc.

"It's unimaginable for me to think that the Russian political class would be ready hand over to the Kyrgyz the right to make political and economic decisions that could be binding for Russia," Simon told Deutsche Welle. He added that he did not think the Eurasian Union was exclusively about economics.

"Behind that there is the goal of the integration of security policy, the military and politics in general," he said. In the driver's seat, Simon added, will undoubtedly be Russia.

The people say yes, but… 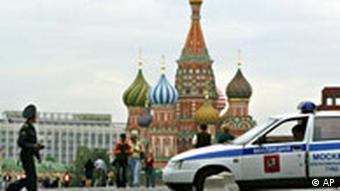 Whether the new union in the post-Soviet bloc can be successful at a less ambitious level remains to be seen, Simon said. Other experts see success as entirely possible. Alexander Rahr of the German Council on Foreign Relations said he could foresee the creation of a new cultural, political and economic union, but not one comparable to the Soviet Union.

Eberhard Schneider of the EU-Russia Center in Brussels said that an attempt to create a union similar to the EU with free movement of people, goods, finance and services has a chance at success. However not all individual states of the former Soviet Union would take part.

Support for closer integration with former Soviet republics appears to have a plurality among the Russian population. According to a survey by the opinion research institute WZIOM, 43 percent of Russians said a common economic area would be more useful than harmful. About one third of respondents said they favored closer relations with those countries over a formal union.

What is clear is that many Russians are poorly informed about their government's attempts at integration. Only 53 percent of Russians surveyed in November by the research organization the Levada Center knew of the plans to merge the economies of Russia, Belarus and Kazakhstan, while 45 percent said they were completely unaware of them.

Regional alliances have limited success in the former Soviet world

Russia's newest integration project is a customs union for the post-Soviet area. Moscow has been trying to establish strong regional groupings since the Soviet Union's collapse, but success has been elusive. (18.08.2011)

Kazakh president sworn in for a fourth time

The veteran president of Kazakhstan Nursultan Nazarbayev has been sworn in once again after winning elections that were not considered 'free and fair' by a landslide. He has retained as his prime minister Karim Masimov. (08.04.2011)

Russia, Kazakhstan and Belarus take a first step towards the creation of a common market, signing up to a customs union. (05.07.2010)