Intensive care doctors are stepping up the pressure: During the current third wave of the COVID-19 pandemic, ICUs are filling fast. Is Germany's health system stretched to its limits? 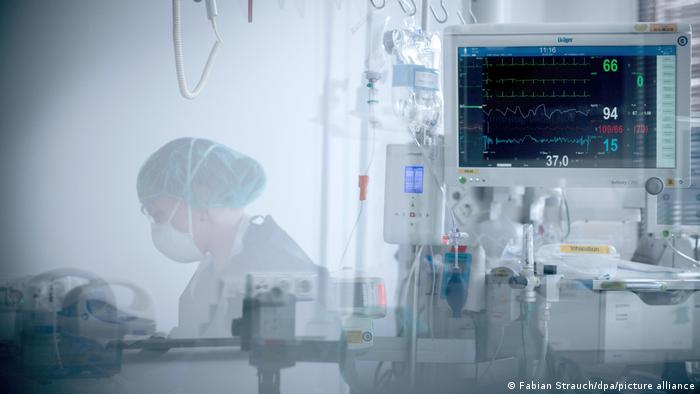 Shocking news of the kind that came from Portugal in February this year is feared by many in Germany as well: ambulances queuing up in front of hospitals, overcrowded intensive care units in which three times as many patients are treated as normal, triage tents erected outside hospitals.

The COVID-19 situation is not yet as grave as that in Germany, but warning voices are becoming more persistent.

As always, during a recent government press conference in Berlin, the pandemic was the main topic or one of them. It was noted that Germany's seven-day incidence rate had dropped, possibly because of the Easter holidays, but that thenumber of occupied ICU beds across Germany was increasing "much too quickly."

During the first wave of the pandemic, the German Interdisciplinary Association for Intensive Care and Emergency Medicine (DIVI) set up a central registry that records and publicizes the situation in hospitals, or rather in intensive care units, on a daily basis.

A glance at the current map shows that the situation is critical again in some towns and municipalities, meaning that less than 10% of intensive care beds are free — and in some cases none at all. DIVI President Gernot Marx gave a clear statement during a press conference: "Every single day counts; we quickly need a hard lockdown of two or three weeks to lower the number of cases and give us more time for vaccinations." 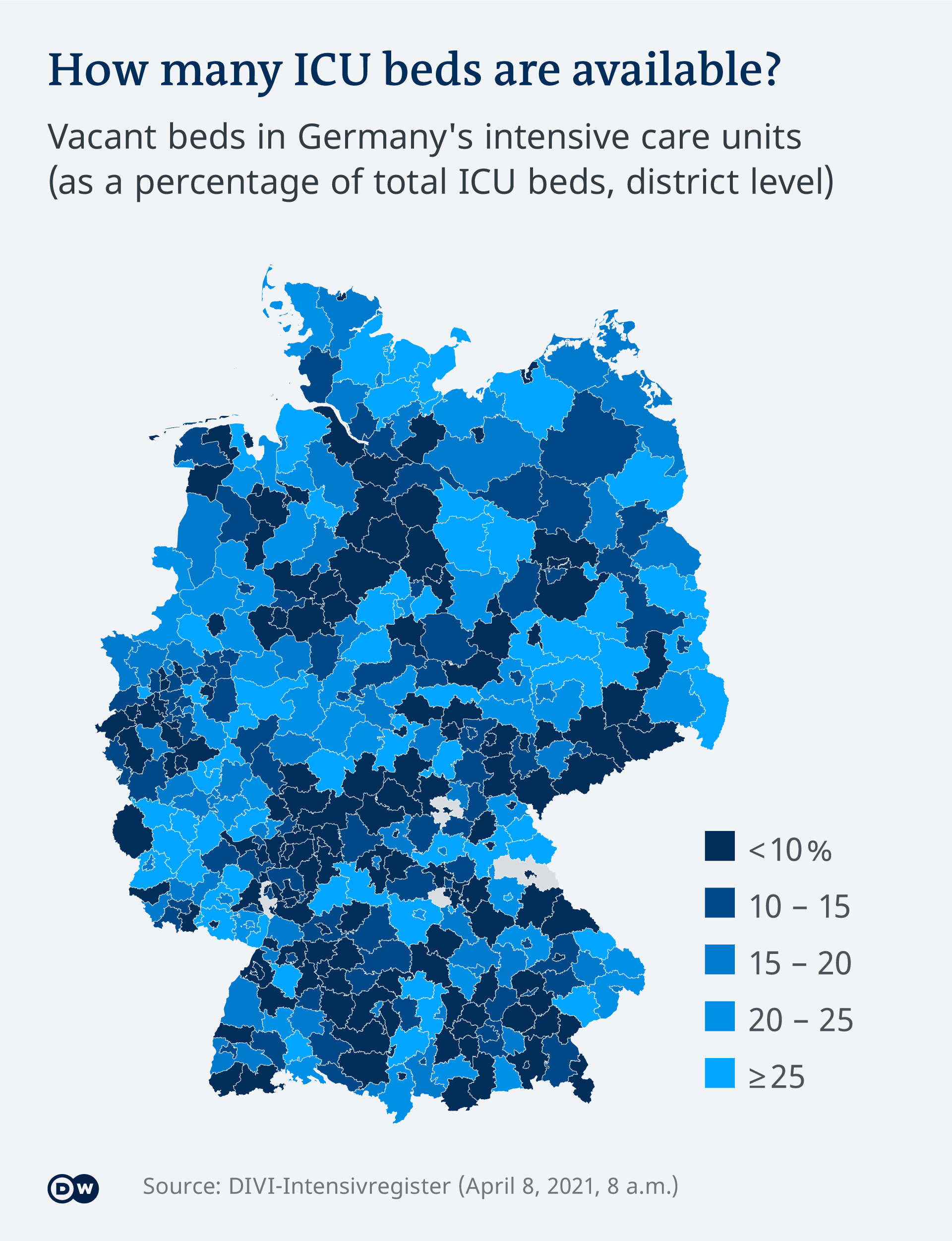 In absolute figures, nearly 4,500 people are currently receiving COVID-19 treatment in intensive care units, according to the DIVI registry. More than 50% of those people are on ventilators. One month ago, the figure was at around 3,000, whereas at the beginning of the year — when the second wave was at its peak — it reached over 5,700.

Clinic back in emergency mode

According to the DIVI registry, German hospitals currently maintain a total of nearly 24,000 ICU beds. Last year, there were some 30,000. In addition to that, there's an emergency reserve of some 10,000 ICU beds that can be allocated within seven days, albeit at the expense of everyday care in hospitals. Currently, some 3,000 of these beds remain available.

However, not just COVID-19 patients require intensive care. The diagram below shows that they make up a proportion of ICU patients oscillating between zero and more than 50%. This, of course, does not alter the fact that ICU beds are scarce. This is particularly the case in the city-states of Bremen and Berlin at present. 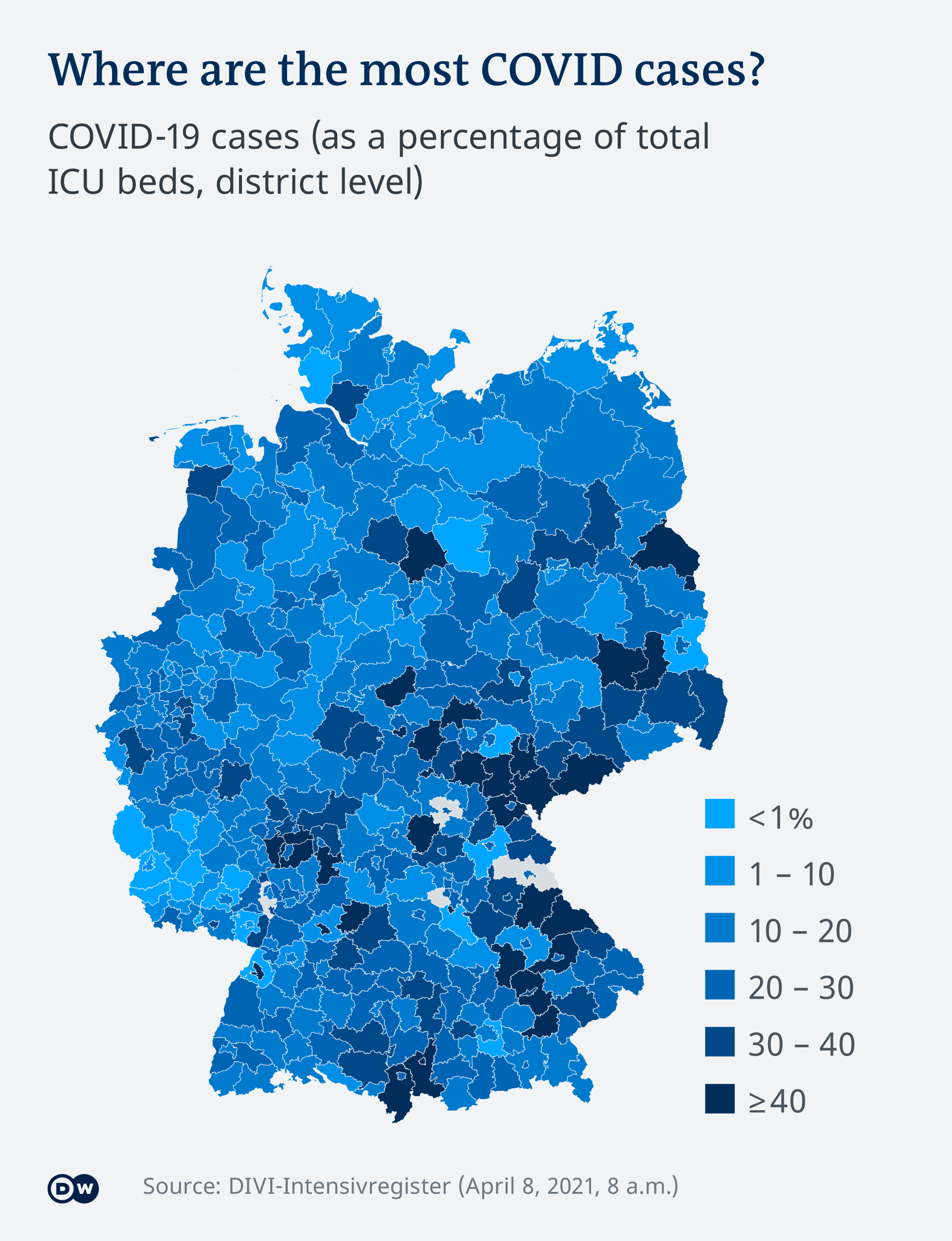 In Berlin, the percentage of COVID-19 patients occupying ICU beds is approaching the critical benchmark of 25% defined by the state Senate. In view of this situation, the Charite in Berlin, Europe's largest university clinic, will once again significantly cut back all other services, media reports say. The clinic announced that from next week, staff would increasingly focus on areas related to COVID-19, while non-urgent operations would be reduced. It added that a heavy workload was to be expected once more. 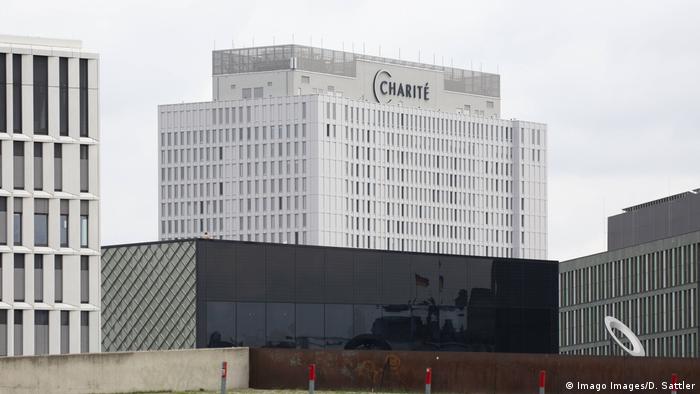 In other words, the hospital is entering emergency mode more or less as it did a year ago. Every operation that is not urgent will be postponed so that hospital beds and medical staff are available for the treatment of COVID-19 patients, who often require ventilators.

Before this announcement, the Charite's chief virologist, Christian Drosten, who also occasionally advises the German government, had issued an emergency call. He shared a Twitter message from Christian Karagiannidis, the DIVI's scientific head, who did not hide his extreme dissatisfaction with politicians' current approach to the coronavirus crisis: "Dear decision-makers, what kind of increase in case numbers is necessary before you care to respond??? We are missing every turning that would let us get those numbers down." Accompanying the message was a diagram with a model-based prognosis of dwindling ICU beds.

"Each wave of ICU patients usually keeps rolling for another 14 days at least, so it can't be stopped," a DIVI spokeswoman told DW. "We believe we'll easily beat the 6,000-mark we saw in the second wave within two weeks."

And there's another reason why the situation in intensive care units has changed: A different ratio between patients (beds) and carers was introduced at the start of the year. The limit was lowered from 2.5 beds per carer during the daytime and 3.5 beds per carer at night to two and three respectively. However, since medical staff is in short supply, beds for which there are no carers have to be blocked.

"Due to a staff shortage, we have fewer ICU beds at our disposal than in October or November," the DIVI told DW. In addition, it said that care workers were simply exhausted after one year of the pandemic: "We are deeply concerned that a large number of them will soon give up their jobs," it said.

During a press conference on Friday (April 9), DIVI provided precise figures, stating that 9,000 care workers had already quit their jobs during the pandemic.

There are, however, voices saying different things as well. The president of the German Hospital Federation (DKG), Gerald Gass, for example, told DW that despite the rather serious situation, he did not see "hospitals across the country being completely overwhelmed during the coming weeks."

The DKG represents the interests of a large number of hospital operators. In several interviews, Gass has already spoken out against predicting overly dark scenarios. He told DW that there would not be a situation "in which patients cannot be put on ventilators or in which we will possibly even have to ask neighboring countries for assistance."

Hospitals could respond to possible shortages by moving patients and cooperating with each other, Gass said. "All German states have contingency plans for the various regions detailing how patients can be rerouted if some ICUs can no longer accept new admissions," he said. He added that this kind of regional coordination had already worked when the second wave was at its peak.

The DIVI did not want to comment on Gass' statements. But it also deems it unlikely that a situation will arise in which doctors have to begin with triage, i.e., selecting patients based on their chances of survival.