The cousin of a South Korean woman who died during an attempted exorcism in a Frankfurt hotel has been given a six-year jail sentence. Four other relatives, including the victim's teen son, recieved suspended sentences. 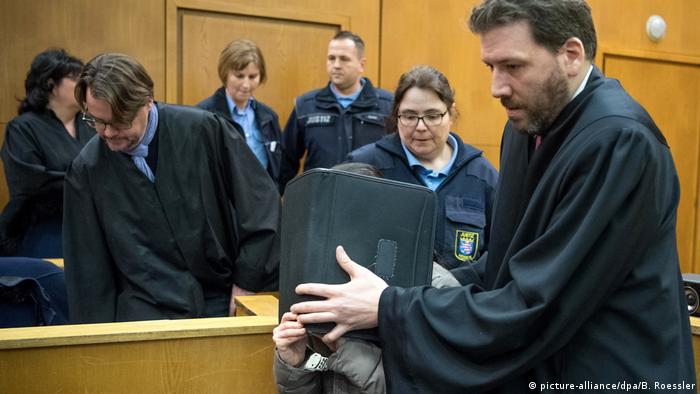 A South Korean family has been charged with killing a woman during a supposed "exorcism" ritual. Among the accused is the victim's 16-year-old son. (10.10.2016)

Among all Catholics in Poland, some claim to be possessed - and about 130 others are exorcist priests. Nadine Wojcik went on a quest to find out "where the devil lives" for her new book, which she discusses with DW. (13.12.2016)

A priest and an army colonel pretending to be exorcists have been detained in Sicily. Investigators have said they took advantage of ill women and sexually abused them. (21.10.2016)

A self-proclaimed sorcerer has gone on trial in Myanmar over charges of murdering three young children. The man told the court that he was overtaken by a "dark spirit" during an exorcism ritual. (18.11.2016)

A court in Frankfurt sentenced the 44-year-old female cousin of a 41-year-old South Korean woman who was killed during an exorcism to six years in prison on Monday.

The trial also involved four other South Korean nationals who were all related to the victim, including her 16-year-old son. They were suspected of killing the woman during a two-hour-long process purportedly seeking to cast out a demon.

The other four defendants were handed suspended sentences of between 18 months and 2 years.

The defendants attempted to perform an exorcism on the victim in a Frankfurt hotel room on December 5, 2015 because they believed the woman had been "possessed by demons" after she allegedly began talking to herself and lashing out for no apparent reason.

They held the woman down, beat her and put a cloth and a clothes hanger in her mouth to keep her quiet - leading to the woman suffocating.

An exorcism with deadly consequences

Prosecutors considered the 44-year-old cousin of the victim the main perpetrator and instigator and proposed an 8-year prison sentence for the woman. Prosecutors said that she had taken on the power "to decide about the life and death of others."

They also said that she was the one who shoved the cloth into the victim's mouth. 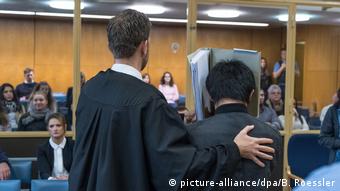 Though the defense lawyer agreed with the prosecution that his clients were guilty of "bodily harm resulting in death," he had asked for suspended sentences for all five defendants.

The sentences for deadly bodily harm in Germany usually range from three to 15 years. Suspended sentences are only handed out if there are strong mitigating circumstances.

The state prosecutor did not request the maximum sentence, saying that in spite of the violence of the victim's death, the defendants did "intend to help for religious reasons."

The five defendants, the victim and another cousin of theirs had traveled to Frankfurt six weeks before the deadly incident in order to open an export/import business. The victim was discovered on the day of the attack after the family contacted a cleric from a Korean-Christian church, who called an ambulance and the police to the scene. 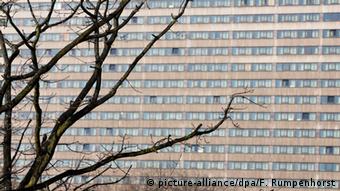 The five defendants have been in police custody since then and were originally accused of murder.

They are believed to practice a form of Christianity with influences from an ancient Asian shamanist religion, which is based on the belief that spirits play a powerful role in the world. The trial made it clear that the defendants believed in the existence of demons and the possiblity of exorcising them. According to German newspaper "Frankfurter Rundschau," the 16-year-old son of the victim said his younger brother was frequently beaten so as to dispel such perceived spirits.