A self-proclaimed sorcerer has gone on trial in Myanmar over charges of murdering three young children. The man told the court that he was overtaken by a "dark spirit" during an exorcism ritual. 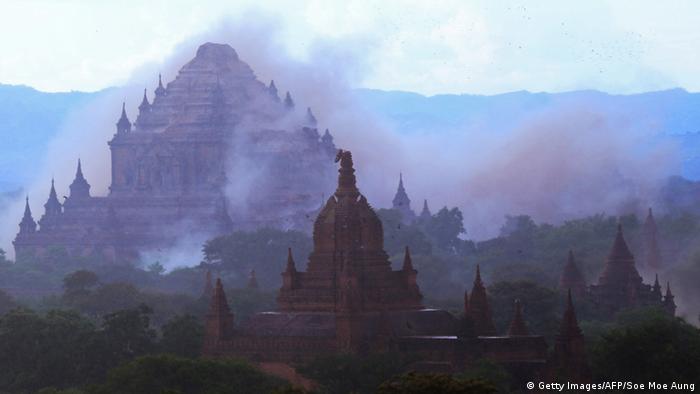 Police say that the man, identified as Tun Naing, punched and kicked two toddlers and an eight-month-old baby in a village outside of central Burmese city of Yangon.

He had previously told the children's parents that they were possessed by demons and gave the villagers "blessed water" to drink, causing them to lose their senses. The supposed exorcism ritual lasted for two days, according to witnesses.

"Because of what he did everyone was out of their mind," an uncle of one of the murdered children told the AFP agency.

Police also said that the"exorcist" hid the bodies after the fact.

He was arrested two days later after severely injuring a 4-year-old girl in a separate ritual in another village.

Appearing before a court on Friday, Tun Naing admitted to the murder.

"I did it because I lost control of my mind at that time as the dark spirit took over me," he said.

He faces the death sentence if found guilty on all counts.

Most of the population in Myanmar  are Buddhist, but superstitions based on astrology and evil spirits have strong influence as well.

The country was run for more than 25 years by the famously superstitious military dictator Ne Win, who consulted soothsayers, changed the law to force everybody to drive on the other side of the road on the advice of a wizard, and changed the denominations of country's bank notes - making them multiples of his lucky number nine.

A South Korean family has been charged with killing a woman during a supposed "exorcism" ritual. Among the accused is the victim's 16-year-old son. (10.10.2016)