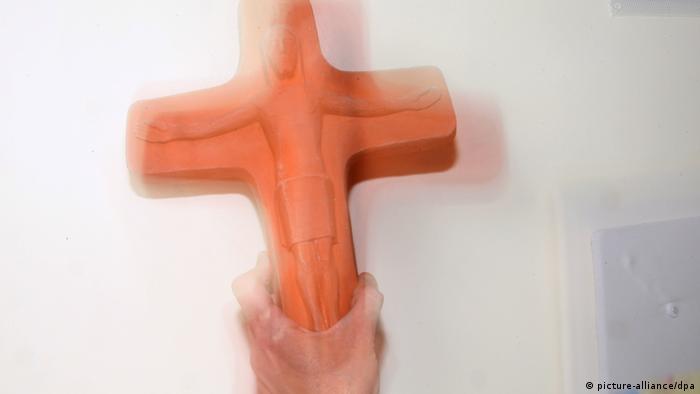 Deutsche Welle: Ms. Wojcik, you spent several months in Poland researching for your book "Wo der Teufel wohnt" (Where the Devil Lives). Is that where he's living?

Nadine Wojcik: Definitely - at least, if you follow the logic of many Polish Catholics. Roughly 130 exorcists are said to be currently living in Poland. "The devil lives where the faith is strongest," say the exorcists - and Poland is one of the strongholds of Catholicism. The devil only comes forward if you fight against him. He therefore seems to be particularly "active" in Poland. As for my own opinion as an author: I don't exclude the possible existence of the devil, but I'm quite sure that he doesn't live in Poland. What I have witnessed there rather seems to be phenomena that can be explained by rational reasoning and medical knowledge.

How exactly does the ritual of exorcism function?

The Vatican issued its first official ritual guidelines in 1614. That made sense at the time, because witch burnings and public exorcisms were out of control. The ritual consists of prayers, psalms, evangelical texts and blessings. It was reformed in 1999. Since then, an exorcist is to make sure that the person isn't suffering from a mental illness; if that's the case, the patient should be sent to a psychiatrist. The ritual has been simplified. It starts with a blessing, and ends with an order that only the exorcist priest may pronounce, asking the demon to leave. 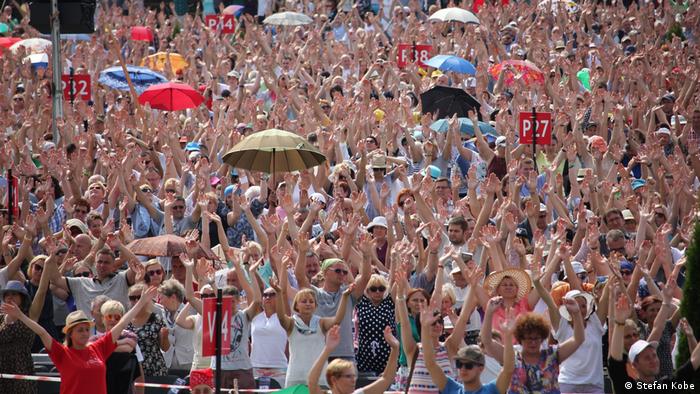 Exorcism is criticized for being performed on people who are actually suffering from psychiatric problems. Does the Church take that criticism seriously?

The Church does take it very seriously. The exorcists I talked to work closely with psychiatrists. One exorcist I talked to was working with a Christian psychologist. Nevertheless, among the 630 persons who sought his help, 580 of them ended up with the exorcist...

People would rather be possessed by demons than admit to having a mental illness?

Yes, indeed.  That's not necessarily true throughout Poland, but as Catholicism and religiosity are so strong there, it is normal for someone to say: "I'll go see the priest, he will pray for me." The priest is the first person one turns to. 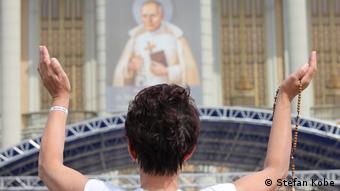 92 percent of all Poles say they are Catholic

The number of exorcists in Poland is growing, yet the overall number of practicing Catholics in the country is sinking. Why is that?

The answer to that is complex. Pentecostalism is on the rise all over the world. Every 10 hours, a new Pentecostal church is opening somewhere. That phenomenon is strongly competing with Catholicism and has also reached Poland. There's also a conservative movement within the Catholic faith, called the "Charismatic Renewal." It's incredibly strong in Poland. As a scientist told me during an interview, amidst the different forces currently competing within the Catholic Church in Poland, new forms of faith emerge - among them exorcism.

Can exorcising demons therefore be seen as an instrument of re-evangelization?

Yes, the exorcist I talked to said that exorcism is basically nothing more than the evangelization of people. 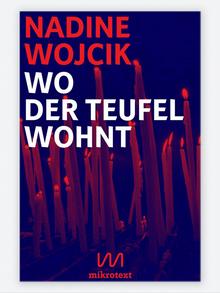 And who are the exorcists?

They're simply priests, and they play an important role. Certain priests actually receive a decree from the bishop qualifying them as exorcists. They don't receive a special training, but the decree declares them to be priests with special tasks. Of course, the bishop doesn't appoint just any average priest as an exorcist, but usually picks out particularly esteemed and experienced colleagues.

You wrote that your research was difficult. What are the new aspects uncovered by your book?

Right now, we're witnessing a radicalization of all societies. Each country has its own way of dealing with that. In the US, people have voted for Trump, some Islamic countries are dealing with "Islamic State" terrorism. In Poland, religion seems to have become more fundamentalist in nature. What I'm trying to say is that, obviously, rationality and reasonable intellectual thinking seem to less in demand at the moment.

Nadine Wojcik's book "Wo der Teufel wohnt" is available in German. The author is also a reporter for DW.