Could Germany see a new left-wing coalition in government? | Germany | News and in-depth reporting from Berlin and beyond | DW | 12.03.2019

Could Germany see a new left-wing coalition in government?

Outgoing Left party icon Sahra Wagenknecht was long seen as standing in the way of a coalition with the SPD. However, there are fundamental reasons why a broad left-wing alliance in Germany may be difficult to achieve. 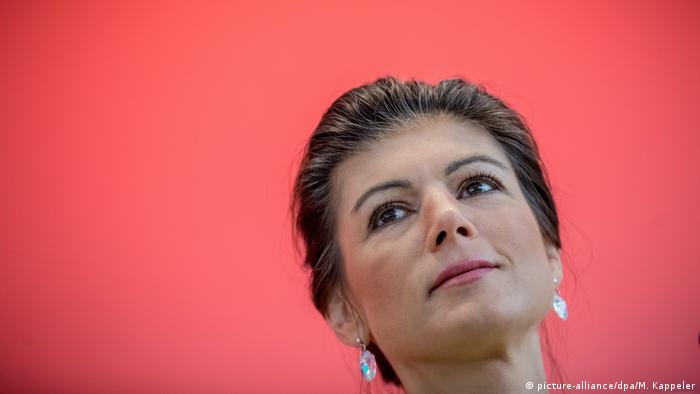 Sahra Wagenknecht has never shied away from a debate. Opinionated and provocative, she has ruffled the feathers of friends and foes alike. Within her own socialist Left party, her stance on refugees has proven particularly controversial. Unlike the majority of fellow leftists in Germany, she is opposed to open borders. Some of her critics on the left have even gone so far as to accuse her of appealing to right-wing populist sentiments.

This week, however, the mood is much more cordial. Both her adversaries and allies within the Left have praised Wagenknecht, who on Monday announced she would not seek re-election as co-leader of her party's opposition parliamentary group. In a letter to the Left's executive, she attributed her recent two-month absence primarily to "stress and overload." However, she said she would remain in her post until the election of new leadership, "in order to ensure a proper transition."

No new leadership before European elections

Those elections were expected to take place in the fall, but will now likely be moved forward to early in the summer. Before that, the Left faces important European Parliament elections and a state parliamentary vote in Bremen, both on May 26. The party is hoping to finish with double-digit support in the northern city-state and perhaps even enter into government there for the first time. Bremen is currently run by a coalition between the center-left Social Democrats (SPD) and environmentalist Greens, but the two parties are not projected to retain their majority.

An alliance between the SPD, Left and Greens — known in Germany as a red-red-green coalition — is viewed as a very realistic possibility in Bremen, a traditionally left-leaning city. It would be the third such coalition at the state level in Germany, after Thuringia and Berlin. 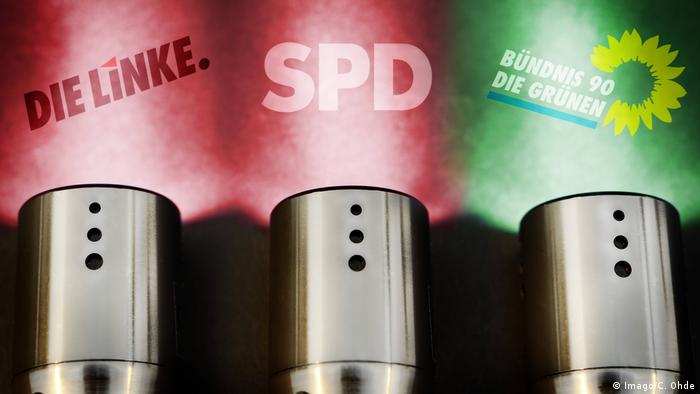 Germany has seen red-red-green coalitions on the state level, but not nationally

The three parties have never teamed up to govern on the federal level. Now that Wagenknecht has announced her departure, however, pundits are again speculating about just such a scenario. After the federal elections in 2013, there was talk of potential red-red-green coalition, as the three parties together would have made up a majority in Germany's parliament, the Bundestag.

However, rather than explore a potential coalition with the Left, the SPD opted to team up with their old conservative friends, Chancellor Angela Merkel's Christian Democrats (CDU), along with their Bavarian sister party, the Christian Social Union (CSU). Known as a grand coalition, the SPD made the same deal with the CDU/CSU in 2005, and did it once again in 2017. But the partnership has never done the Social Democrats any favors among voters. After each grand coalition, the SPD has seen its support plummet in the polls. The party at one point even trailed behind the far-right populist Alternative for Germany (AfD). A push to the left by current SPD leader Andrea Nahles has seen the party recover somewhat since then.

Some pundits have speculated that Wagenknecht also had a role in the SPD's shift back towards its left-wing roots. Last year she co-founded the cross-party initiative "Rise Up" (Aufstehen). Billed as a collective movement seeking to vocalize the grievances of disaffected grassroots citizens, some observers viewed it as a way to put pressure on the SPD and Greens and move German politics to the left. But on this front, too, Wagenknecht's time is coming to an end. Last week she announced she would no longer serve in the "Rise Up" leadership. 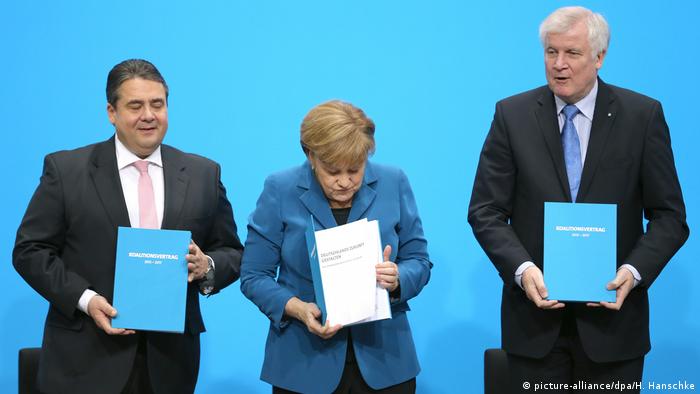 No 'fundamental changes' to Left platform

Despite stepping back from the leadership limelight, Wagenknecht has vowed to continue her aggressive style of politics. "This doesn't mean that I will resign my mandate," she said in Berlin on Tuesday. Instead, she said, she will keep on fighting for social issues in the country and "for my convictions." Wagenknecht added that she will continue to play an active role in election campaigns, particularly in the eastern German states of Brandenburg, Saxony and Thuringia, where new parliaments are due to be voted on in October.

Whether or not the Left alters its party platform will be up to the new leadership, Wagenknecht said. However, her fellow party parliamentary group co-leader, Dietmar Bartsch, emphatically ruled out any such change. "We are elected on the basis of an election platform that applies for all of us," he said, adding that a joint decision on the Left's "direction" has been made, therefore "nothing will change fundamentally."

Bartsch's comments have likely dampened hopes within the SPD and Greens that the Left party can move away from Wagenknecht's strong influence. "I very much wish that there are different options for governing this country," said Greens parliamentary group leader Katrin Göring-Eckardt in Berlin on Tuesday, "and that's where the Left party can make a contribution."

Above all, Göring-Eckardt said she hopes that Wagenknecht's policy of "isolating and excluding refugees" is no longer part of the Left's politics. However, Left members have already taken that step by rejecting Wagenknecht's opposition to open borders during their party conference last year.

SPD vice chairman Ralf Stegner said on Monday that Wegenknecht's departure could open the door to "new, progressive alliances," without the conservatives. However, recent history shows that while there has been some support for a red-red-green coalition, three sides have been unable to come to an agreement on the idea. 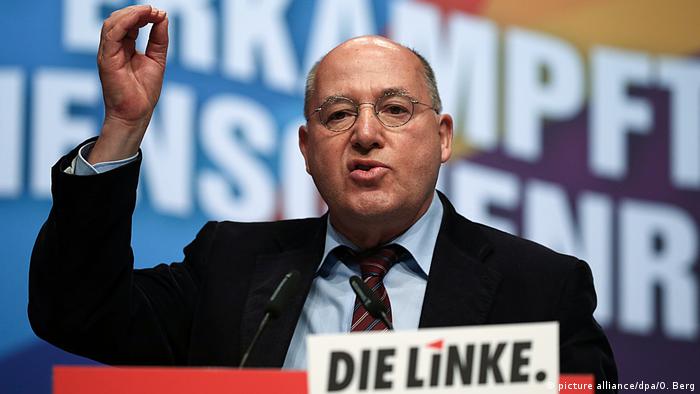 When it was possible in 2013, the Left's parliamentary group leader was Gregor Gysi, a well-known proponent of such alliances. However, the three parties had significant differences to overcome, especially with regard to foreign and defense policy. Many within the Left party oppose further involvement with NATO and German military missions abroad, for example. It remains to be seen exactly how the SPD, Left and Greens would form an alliance at the national level.

Not ruling out a return

Wagenknecht herself has said she has no major plans after withdrawing from the Left's leadership. However, she didn't shut the door to a political return. "You can never rule out new things in your life," she said.