Far-right parties are set to double their seats in the European Parliament election in May, according to a new poll. The survey showed far-right parties were ahead in countries like France, Italy and Poland. 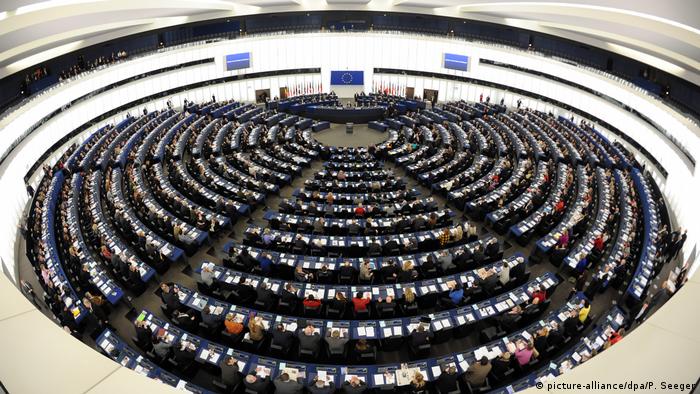 A new poll released by Germany's Bild newspaper on Saturday, conducted in six countries in late February and early March, showed the far-right Europe of Nations and Freedom Group (ENF) was likely to win 67 seats in the European Parliament election in May.

Europeans go to the polls on May 23-26 to elect representatives to the 705-seat European Parliament. Currently, the ENF group holds 37 seats.

According to the Bild report, which surveyed more than 9,000 people, right-wing euroskeptic parties are in the lead in three of the six countries surveyed.

Conservative and left-leaning parties have been bracing for a right-wing surge in the European polls following a string of national elections in recent years that have seen euroskeptic parties boost their presence in member state parliaments.

The Alliance of Liberals and Democrats for Europe (ALDE) is on pace to add 33 seats to hit 101, while the European Greens (EFA) may lose eight seats to reach 44, according to the poll results.

The poll was conducted in Germany, Austria, Italy, Poland, Spain and France.

The Social Democrats and Greens are likely to win 16 and 15 percent of the vote, respectively. The far-right Alternative for Deutschland (AfD), which is not a member of the ENF group, was expected to get 12 percent of the vote while the Left Party was likely to get 9 percent.

The far-right EKRE received nearly 18 percent of the vote in Estonia's parliamentary election. Political scientist Florian Hartleb talks to DW about the party's origins, and what its success means for Europe. (04.03.2019)

The EU is set to end daylight saving time in 2021, at least in some states. The European Parliament has taken another step towards freeing members of the bloc from the mandated change, but why is it taking so long? (05.03.2019)