Poland′s young voters turning to the right | Europe | News and current affairs from around the continent | DW | 09.02.2019

Young people in Poland disproportionately vote for right-wing parties. This shift is not just a temporary trend — the country's increasingly patriotic youth are longing for more conservative values. 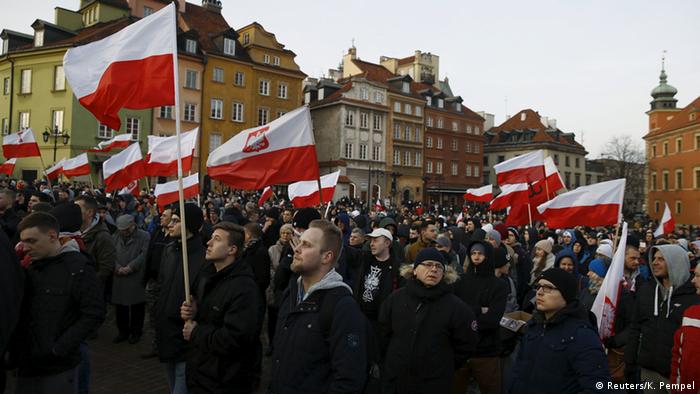 It was an unusual sight when Poland celebrated 100 years of independence in November: Young people were marching through Warsaw, wrapped in red and white flags, singing the national anthem. They were lured into the streets by patriotism. They represent conservative values and vote for right-wing parties.

In Poland, the young generation's shift to the right is neither a temporary trend nor an expression of protest. It represents a new self-image that has grown with the politics of recent years. Young Poles long for post-material values such as the church, tradition and security.

This shift made its mark for the first time in the 2015 parliamentary elections. Two-thirds of voters between 18 and 29 supported parties to the right of the center. The national-conservative Law and Justice (PiS) party, which today governs Poland, received 27 percent of their votes. A further 21 percent went to the new right-wing populist movement Kukiz'15. The regional elections in October confirmed this pattern. Again, PiS won the most votes in this age group and Kukiz'15 was also able to count on their continuing support. 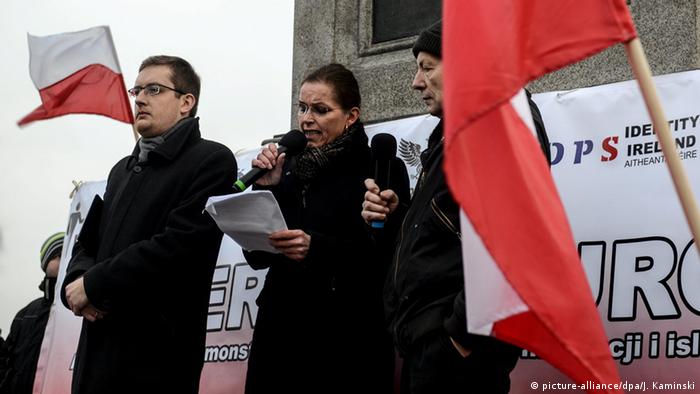 "In the past three years, young Poles have turned even more towards conservative values," said social psychologist Marta Majchrzak, who co-authored a study published in November by the commercial research institute IQS in which scientists interviewed childless Poles between the ages of 16 and 29. "They trust authorities, are dreaming of marriage, and are proud to be Polish citizens," she explained.

The study classified only 9 percent of respondents as "cosmopolitan" and "open to being different."

No memory of socialism

The younger generation's conservative attitude can be explained by the economic reforms that followed the fall of the Soviet Union. Poles under 30 have no memory of life in a socialist system. They grew up at a time when their parents started their own shops and businesses. What mattered most was economic success. The West was the ideal. Parents promised children that their new Poland would soon become an equal member of the European Union. They predicted that Poland would develop until it was equal to its neighbor Germany.

But the promises were initially followed by disappointment. Under the liberal PO party, which ruled the country from 2007 to 2015, the economy grew, but not the younger generation's economic security. Youth unemployment peaked at more than 27 percent in 2013. Young Poles ended up on temporary contracts and their wages were lower than they had hoped. In 2007 they helped the PO win the elections one last time, but punished the party in the following years by voting for the national conservatives, who promised them a social policy. 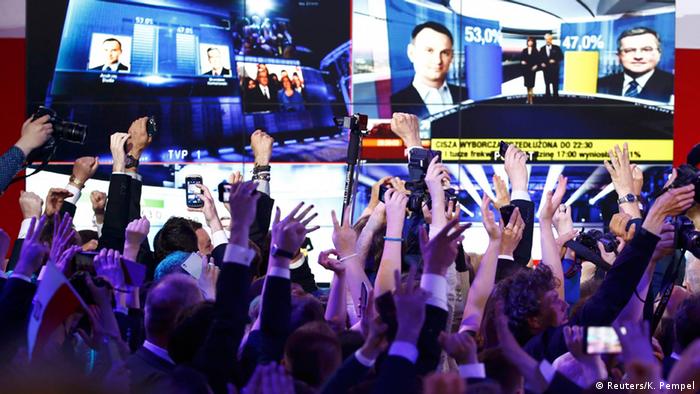 'This generation is by no means right-wing radical'

The young generation wants a regulated economic system precisely because the economic situation has improved in recent years. "Young Poles compare Poland's secure situation with the disorder in the world," said Majchrzak. According to the IQS study, Poland's youth view their country as a safe exclave that protects them from the world's uncertainties. Three out of four respondents said they were against accepting refugees. Almost one-third said they would give up personal freedoms for more law and order.

However, this does not mean that young Poles are moving away from democratic values. "This generation is by no means right-wing radical. Young Poles are apolitical, which is why votes for the more radical parties carry more weight," said sociologist Henryk Domanski, who serves as director of the Institute of Philosophy and Sociology at the Polish Academy of Sciences. This also became apparent during the regional elections last autumn: A heated battle for votes took place between PO and PiS. The election campaign saw the largest voter turnout since 1990 at around 51 percent. But among 18 to 29-year-olds, only 37 percent voted.

"A right-wing party like Kukiz'15 can only temporarily benefit from the young generation's conservatism," said Domanski, noting that anti-establishment parties such as Ruch Palikota and Samoobrona won over the younger generation a few years ago, but have since lost their political significance. Domanski is convinced that young Poles will remain loyal to the conservative PiS in next year's elections. And even beyond that, the under-30s will likely remain conservative: These days many children in Poland are growing up with parents who emigrated to Western Europe in search of better economic circumstances. These so-called Euro-orphans are growing up with their fathers or mothers away from home for months. They, too, will be longing for tradition and security.