Leaked recordings appear to show the leader of Poland's ruling party, Jaroslaw Kaczynski, was involved in a lucrative construction deal. The scandal has damaged his reputation as a politician who steers clear of graft. 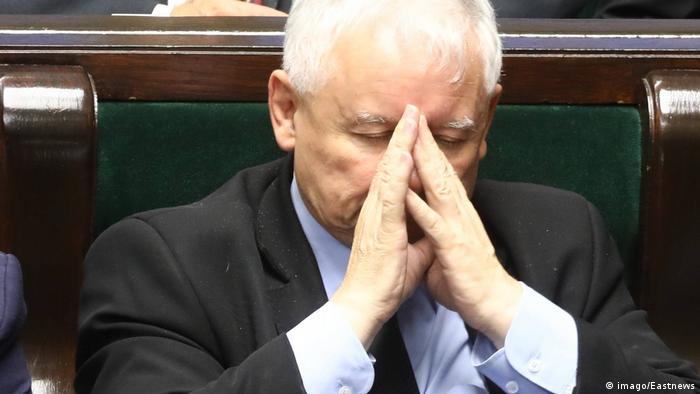 The leader of Poland's ruling Law and Justice (PiS) party, Jaroslaw Kaczynski, once famously said that "you don't go into politics for the money." Indeed, many of his compatriots appreciated Kaczynski as someone who practices what he preaches by avoiding shady business deals. On Tuesday, however, Polish daily Gazeta Wyborcza published recordings of the politician, dubbed the "Kaczynski tapes," apparently discussing a major construction project involving a company with close ties to the PiS.

The company in question, Srebrna, was founded in the mid-1990s by the conservative Porozumienie Centrum (PC) party, a forerunner to the PiS. The company is majority-owned by the Lech Kaczynski Institute, which was founded to commemorate the eponymous Polish president who died in a 2010 plane crash. Lech Kaczynski's twin brother Jaroslaw is on the institute's supervisory board.

Read more:Why Poland's government is up in arms about a children's charity

A relative of Kaczynski's cousin, Austrian businessman Gerd Birgfellner, was tasked with bringing the €400 million ($460 million) project to fruition. To this end, Poland's state-run PKO Bank Polski apparently granted Birgfellner a €15.5 million loan. Without a permit, he then invested €1.5 million into the project, assuming Kaczynski would greenlight it as planned. But when Birgfellner asked to be reimbursed, Srebrna declined to foot the bill, as Jaroslaw Kaczynski had decided to stop the project. 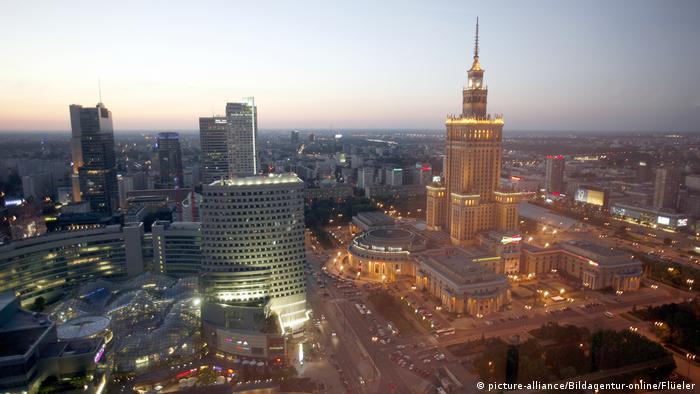 The towers were due to be constructed in downtown Warsaw

In July 2018, Birgfellner and Kaczynski met to discuss the situation. The recordings leaked by Polish daily Gazeta Wyborcza were apparently made during this meeting by Birgfellner himself. He filed a legal complaint against Srebrna with Poland's public persecutor on January 25, 2019. The recording reportedly reveals that Kaczynski recommended Birgfellner take legal action and try to blame Warsaw's opposition city council for the botched construction project. Kaczynski reportedly believed this to be the only way Birgfellner would be reimbursed.

Kaczynski in charge of Srebrna

The recording appears to show that Kaczynski is very in much in charge of Srebrna, even though he is not a member of its management. Officially, loyal colleagues like a secretary and his chauffeur are in control. In the recording, Kaczynski can apparently be heard saying: "That would be the easiest way. I could convince management to come to an agreement with you."

Gazeta Wyborcza has reported that Kaczynski chaired the company's special shareholder meeting, yet did not make this known despite being legally obligated to as a member of Poland's parliament. Lawmakers in the country must not only report their earnings, but also disclose whether they are a board member of any foundations, corporations or cooperatives, even if "this does not entail any financial benefits." Investigative platform OKO Press reported that Poland's left-wing Partia Razem party has demanded the speaker of Poland's parliament take disciplinary action against Kaczynski.

Kaczynski knows his involvement with Srebrna is a political liability. The opposition, in particular the left-wing candidate for the office of Warsaw mayor, who closely scrutinized the operations of companies with ties to the PiS during his campaign, are likely to attempt to capitalize on the controversy.

But Polish Prime Minister Mateusz Morawiecki, also a member of the PiS, denies the recordings of Kaczynski and Birgfellner reveal any wrongdoing. "The conversation contains no shred of evidence to suggest PiS politicians did anything inappropriate, instead it testifies to honesty, authenticity and fairness," he said.

In the summer of 2018, Kaczynski decided to stop pushing for the controversial construction project and stop all investments. And when his party failed to win Warsaw's mayoral race in autumn that year, it was clear the project would never be realized. 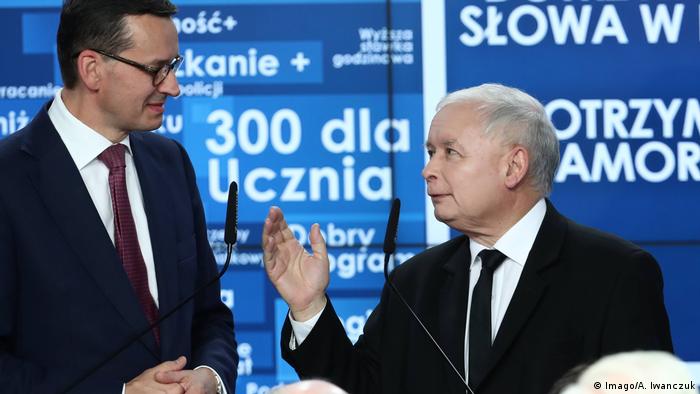 Faced with these accusations, the PiS has attempted to discredit opposition media by accusing it of sensationalism. The deputy minister of justice, Patryk Jaki, asserted that Kaczynski acted ethically, while PiS spokeswoman Beata Mazurek dismissed the media reports as "a pseudo-sensation." Polish Minister of Science and Higher Education Jaroslaw Gowin, in turn, said the leaked conversation resembled a "regular businesses negation."

A shock to PiS supporters

The "Kaczynski tapes" reveal that the PiS leader is apparently a shrewd businessman, which is news that will come as a shock to many Poles who had perceived him as an ascetic politician concerned more with grand policy ideas than the nitty gritty of politics. Kaczynski once embodied a political leader unconcerned with material wealth, but the Srebrna scandal has thoroughly undermined this image.

The PiS has vowed to take an uncompromising stance on graft and murky dealings between lawmakers and those in power, but the "Kaczynski tapes" certainly sully the party leader's image.