The far-right EKRE received nearly 18 percent of the vote in Estonia's parliamentary election. Political scientist Florian Hartleb talks to DW about the party's origins, and what its success means for Europe. 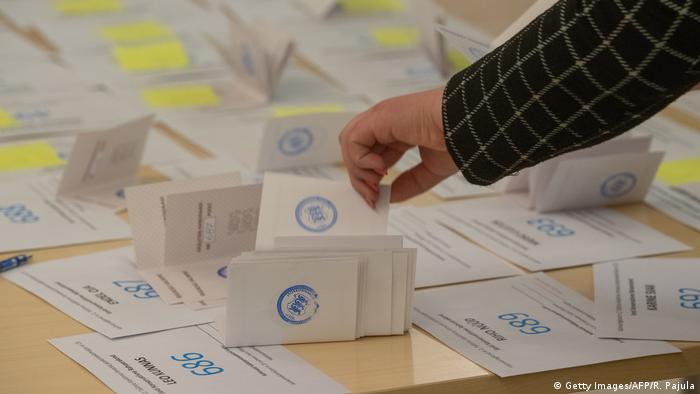 DW: The center-right opposition Reform Party won Sunday's election in Estonia. The previous government, headed by the center-left Center Party, has been voted out. The far-right Conservative People's Party of Estonia (EKRE) finished third with 17.8 percent support, nearly doubling its share of the vote — though still not finishing as strongly as predicted. Could the EKRE join Estonia's new coalition government?

Florian Hartleb: The right-wing radicals greatly influenced the election campaign by stoking fears of a refugee crisis, which does not even exist in Estonia. The fear was intentionally stirred up. The EKRE will not be a part of the government, because the Estonian Reform Party, with leader Kaja Kallas, daughter of former European Commissioner Siim Kallas, has two options: She could form a grand coalition with the Center Party, which I think is the likely outcome, or there is the possibility of a coalition with the social liberals and another center-right party. Kallas doesn't really need to resort to the far-right and she probably won't, because it would damage Estonia's reputation. And she clearly defined her positions during the campaign.

How has the far-right managed to become relatively strong in Estonia? What issues are being used to score points with voters?

Estonia was the first Baltic country to pass a law on equality for gay people, which the EKRE railed against. It mobilizes with traditional values and stokes a fear of refugees, a fear of migration. In general, the election result is an expression of protest, especially from the provincial populations. The EKRE is strong in rural areas and also has a "politics of demonstration." A week before the elections, thousands of people mobilized by the EKRE marched for Estonian Independence Day in a torchlight procession. You have to take these demonstrations very seriously. 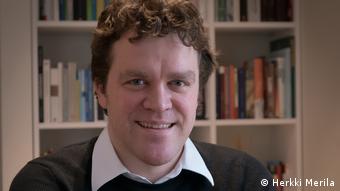 Florian Hartleb is a political scientist who lives in Estonia

The EKRE was only formed in 2012. How would you describe the party? Are its members "Estonia first" nationalists? Are they people who blame everything on the European Union, as is the case with many other populist movements in Europe?

The party is a family operation, similar to the National Rally in France, because father Mart Helme and son Martin Helme lead the party and often make appearances together. The EKRE was born in mainstream society. Mart Helme was the former the Estonian ambassador to Russia. The Helme family is generally very well regarded in Estonia. But the EKRE went on to become more radical and today its platform is comparable to the Alternative for Germany (AfD) or the Freedom Party of Austria (FPÖ). The EKRE also wants to sever ties with the West and says that we can leave the EU.

Does the EKRE have connections to groups that in Germany would be labeled as neo-Nazis or neofascists? I am thinking of organizations such as the Soldiers of Odin, who are active in Northern Europe.

Yes, the Soldiers of Odin were founded in Finland during the refugee crisis with the goal of replacing the regular police. These "soldiers" take part in EKRE rallies as so-called security forces. There are contacts and connections, but not to Russia. There is a tendency among the AfD, even more so among the National Rally or the FPÖ, to associate themselves with Russian President Vladimir Putin. This is not the case with EKRE.

What does this mean for the European Parliament elections in May? Will the trend towards the far-right and populism continue?

It can be assumed that the right-wing populists will again gain ground, even with Estonia being a very pro-EU country. Slogans such as "Leave the EU" actually only appeal to between 15 to 20 percent of the population.

Florian Hartleb is a political scientist and consultant. He is an expert on far-right populist parties in Europe and lives in the Estonian capital, Tallinn.