Coronavirus: What are Germany′s updated lockdown measures? | Germany | News and in-depth reporting from Berlin and beyond | DW | 15.04.2020

Chancellor Angela Merkel has announced updated measures, some of which will remain in place "until further notice." But what exactly is changing for residents of Germany — and what did Germany's many state leaders want? 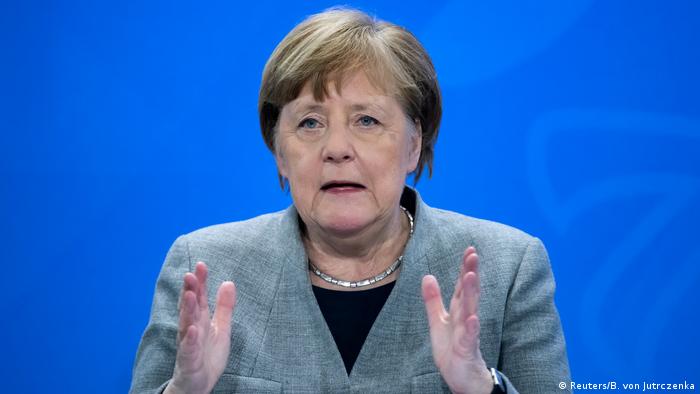 German Chancellor Angela Merkel on Wednesday announced the next phase of the country's plan to combat the spread of the novel coronavirus and its resulting disease, COVID-19. These include the slow re-opening of schools and smaller shops, as long as physical distancing and strict hygiene measures remain in place.

Merkel opened her press conference remarks by thanking the country's inhabitants for adhering to guidelines and extending her sympathy to everyone whose lives have been directly touched by the virus, including the 3,606 people who thus far are known to have died due to COVID-19 in Germany.

The chancellor warned, however, that "we have to live with this until there is a medicine or a vaccine" that can stop it. She said that Germany's current triumphs — a healthcare system not completely overwhelmed, a number of infections that has plateaued and a number of deaths that has passed its apparent peak — constitute only a "delicate, intermediate success."

The new regulations are as follows:

Merkel added that "small steps" towards normality are only possible if the health authorities are able to follow the chain of infection better, mentioning an app that has been suggested as a way to surveil the movements of recovered and healthy individuals. 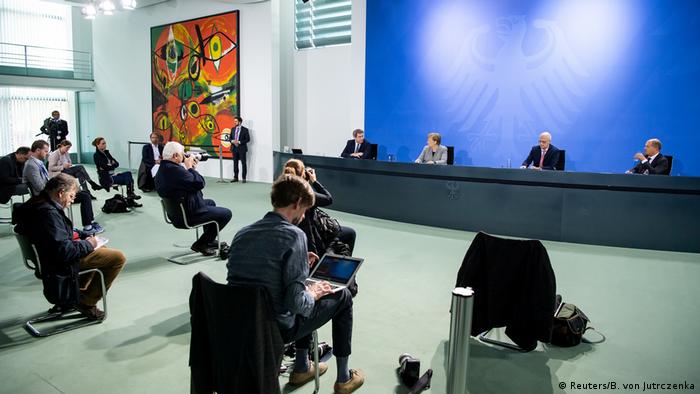 The press conference followed two days of consultations on the part of the chancellor, who spoke with scientific experts on Tuesday and the leaders of Germany’s 16 states on Wednesday. Under Germany's federal system, schools and health authorities are controlled at the state level, and with many states having drastically different levels of infections, there were many different needs to consider for the national response.

For example, Bavarian State Premier Markus Söder, who sat next to Merkel at the press conference, had stressed that kindergartens and primary schools stay shut. Winifried Kretschmann, the leader of Baden-Württemberg, where economically key automakers Porsche and Mercedes are headquartered, said in a policy paper ahead of the meeting that avoiding a second lockdown was of paramount importance for economic fortunes.

According to the Robert Koch Institute (RKI), Germany's disease control authority, while the number of new infections has plateaued, it has leveled off at too high a number for regulations to be relaxed. The Health Ministry in Berlin has said that the country currently has 10,000 intensive care beds and ventilators available, which the RKI confirmed is sufficient to handle the crisis if the number of new infections does not significantly increase.

Germany has recorded 132,000 cases of COVID-19, with some 72,000 patients having already recovered from the virus. According to a YouGov Deutschland poll conducted on Tuesday, a majority of Germans are in favor of keeping social distancing measures in place for the time being.

In reporting on the coronavirus pandemic, unless otherwise specified, DW uses figures provided by the Johns Hopkins University (JHU) Coronavirus Resource Center in the United States. JHU updates figures in real time, collating data from world health organizations, state and national governments and other public official sources, all of whom have their own systems for compiling information.

Coronavirus latest: German easing of lockdown to start with schools on May 4

Germany will reopen schools in early May and allow some of the currently closed retailers to open as well, Germany's Chancellor Angela Merkel said. Social distancing measures will stay in place. Follow DW for the latest. (15.04.2020)

What do Angela Merkel and Queen Elizabeth II give us that Donald Trump doesn't? The answers to that question shed light on what citizens need from leaders as we struggle to cope with COVID-19, writes DW's Melinda Crane. (08.04.2020)

Lockdown hero: Coping with coronavirus in a Berlin refugee home