Coronavirus: Pandemic leads to baby bust rather than boom | Europe | News and current affairs from around the continent | DW | 13.03.2021

Coronavirus: Pandemic leads to baby bust rather than boom

Everybody thought that 2020 would be the baby boom year. But that's unlikely to be the case. And the reason is, surprisingly, not the coronavirus. 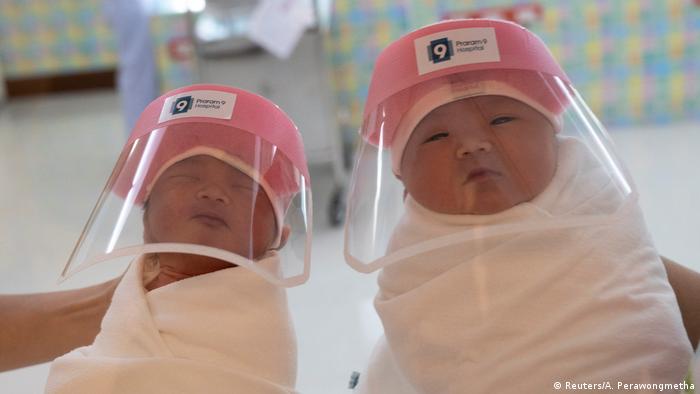 As things stand, the coronavirus pandemic didn't contribute to population growth last year — at least not in the largest EU countries.

After the terrible first wave of the epidemic claimed thousands of lives, Italy recorded the widest gap between births and deaths since the Spanish flu epidemic in 1918. According to data by the national statistics agency Istat, the country recorded an estimated 400,000 births and more than 746,000 deaths. On top of that, number of marriages fell by more than half, which suggests that there will be fewer babies in Italy in 2021.

France has noted a decrease of 1.8% in number of births in comparison to 2019, according to the French national statistics institute, Insee. Germany, the European Union's economic powerhouse, recorded zero population growth for the first time since 2011. According to an initial estimate by the Federal Statistical Office of Germany (Destatis), the number of births fell from 2019, and the number of deaths increased noticeably. The estimations are that there were 755,000-775,000 births and at least 980,000 deaths in 2020.

Elke Loichinger, researcher at Germany's Federal Institute for Population Research (BiB), told DW that it would "be inadequate" to connect the estimated decrease in the number of births in 2020 to the pandemic. She said there was a different cause: "Already before the pandemic, the number of potential mothers, as well as the total fertility rate, has been decreasing."

Loichinger said the increased number of deaths in 2020 was partly connected to pandemic, but added that the overall negative deficit between the number of births and deaths is not a surprise. "We have seen this since the 1970s in Germany. More people are dying than babies are being born."

Migration was also a reason for the changes to Germany's population in 2020. Among other things, restrictions on international travel hampered international migration, people moved less, and as a result fewer people migrated to Germany.

"The reason that the population in Germany has not by now declined noticeably is migration," Loichinger said, adding that with exception of few years, more people have immigrated than emigrated during the last three decades. 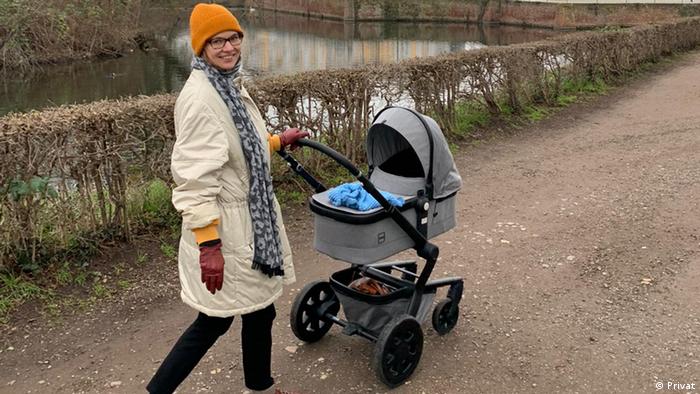 Katja says the restrictions made it tough on her young family

In Cologne, Katja and Felix welcomed their firstborn in December 2020. They did not think about the coronavirus. At least not at the beginning.

"When I got pregnant, the coronavirus pandemic was already in Italy, but we thought it is going to be like a flu, nothing serious," Katja said. "As time went on, I was more scared, because we didn't know how long the pandemic will take and what will it bring," she added.

"We missed a lot of fun things during the pregnancy," she said. The period right after birth was particularly hard, she said, because family support was not possible because of restrictions. Little Alfred saw his grandparents for the first time in February.

"If we had known the whole extent of the crisis, and also what it means not to be able to see our parents, we might have postponed having a child for six months or one year," Katja said.

Other first-time parents had similar concerns. Burak Ünveren became a father in November 2020.

"At the beginning of the pandemic, nobody knew if the disease was supposed to affect pregnant women in a worse manner than others, which made me worry a lot. For months, I have been the only one who goes grocery shopping," he said. Even with the benefit of hindsight, he and his wife very likely wouldn't have changed their minds about having a kid:

"Maybe we would've thought of waiting and seeing if COVID-19 would affect pregnant women more," he said. "Speaking from today's perspective, we're actually extremely glad that we didn't have to make the decision."

Growth is hard to predict, but, according to the estimates by Destatis, it is expected that the population in Germany is going to decline from the mid-2020s, largely because of the effects of migration.

"The future population of Germany is likely going to decline, but at what speed and in what timeframe is hard to say. It will highly depend on migration," BiB's Loichinger said.

The same goes for the whole European Union. According to Eurostat projections, the EU's population will peak at 449.3 million in 2026 then gradually decrease to 416.1 million by 2100.

What is certain is that "the German population is aging, with or without migration," Loichinger said.