Berlin has announced new rules to protect the health sector from hostile takeovers by non-EU companies. The government said the coronavirus crisis had shown that local medical expertise and production are crucial. 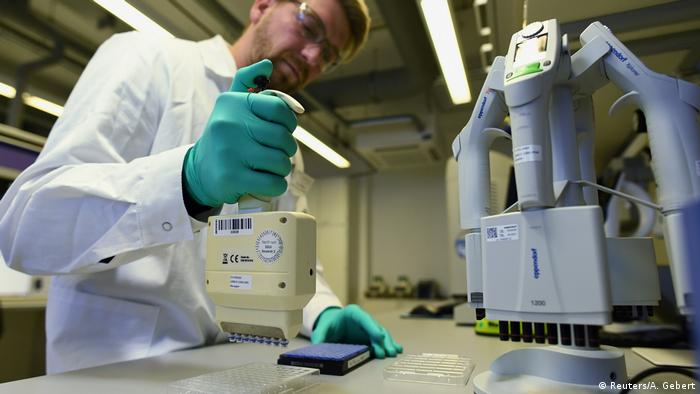 The measure, adopted during a cabinet meeting, aims to safeguard a continuous supply of vital medical products during the coronavirus pandemic.

"The current corona crisis shows how important medical know-how and production capacities in Germany and Europe can be in crisis situations," Economy Minister Peter Altmaier said. "At the same time, the amendment makes an important contribution to the long-term maintenance of a functioning health care system in Germany."

Under the regulation, the government can block investors from outside the European Union from buying up German firms that are manufacturing vaccines, protective equipment, ventilators, medicines or other supplies.

Healthcare companies will have to notify Berlin as soon as a foreign buyer owns a stake of more than 10%. The government can then assess any security concerns raised by the bid and decide whether to intervene. The threshold until now for reporting has been 25%.

Trade associations have criticised such measures, saying they could close off the market and generally make foreign investment less attractive.

"During a crisis it is more important than ever to stand for open markets," the Federation of German Industry's board member Stefan Mair said in a statement.

Soon after the coronavirus began to spread, a global run on certain medical products and protective gear raised concerns about potential supply problems. Chancellor Angela Merkel declared that one lesson learnt from the situation was the Europe must develop "self-sufficiency."

Media reports earlier this year that US President Donald Trump had tried to buy access to CureVac, a German pharmaceutical startup developing a COVID-19 vaccine, sparked an outcry.

CureVac has denied receiving any US offers. However, the boss of Germany's BioNTech, which is also developing a vaccine, said last month that the company had received unspecified approaches.

Pharmaceutical companies all over the world are bending over backward to develop a vaccine against SARS-CoV-2. Such efforts are also being made in Germany. Hopes are pinned on the Tübingen-based biotech firm CureVac. (24.03.2020)

Governments and medical professionals around the globe are scrambling to get their hands on life-saving ventilators needed to help coronavirus patients. Israel has even converted a missile production line for the cause. (01.04.2020)

Mexican microbiologist Paola Castillo is working on a drug designed to combat all COVID-19 variants. It's yet to undergo clinical trials. While some experts question the drug's effectiveness, Castillo says preliminary tests show a 90 percent success rate.