Supply chains for drugs are vulnerable in Germany and Europe as a whole, and that was true even before COVID-19 broke out. Shortages point to systemic problems and more often than not involve China. 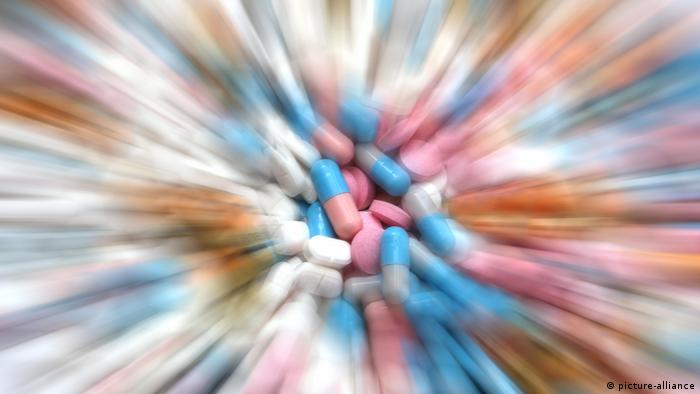 There's a federal agency in Germany that's responsible for dealing with any shortages of drugs. Not so long ago, it admitted that 239 drugs were not available across the nation at all.

But that was in October of last year — at a time when most people had probably never heard of a thing called coronavirus and didn't know where Wuhan, China, was located.

Right now, the Federal Institute for Drugs and Medical Devices (BfArM) lists a total of 277 drugs that are hard to get, among them common drugs such as antibiotics, painkillers and antidepressants. The shortages at hand could easily become a lot worse, and it doesn't necessarily take a coronavirus to exacerbate the problem.

The figures pointing to the dilemma were out for everyone to see before COVID-19. Some 90% of active ingredients used in generics are produced in China. Generics are patent-free drugs. But even some 50% of drugs protected by patents are made with the help of substances from China.

Increasingly, it's not just active ingredients but the generics themselves that are being produced in Asia, including India, but production is also being outsourced to Eastern Europe. A special rebate system is at the core of the issue. Germany's powerful health insurance funds strike favorable price deals with producers at regular intervals and in return promise the pharmaceutical companies involved to buy certain drugs from them only. 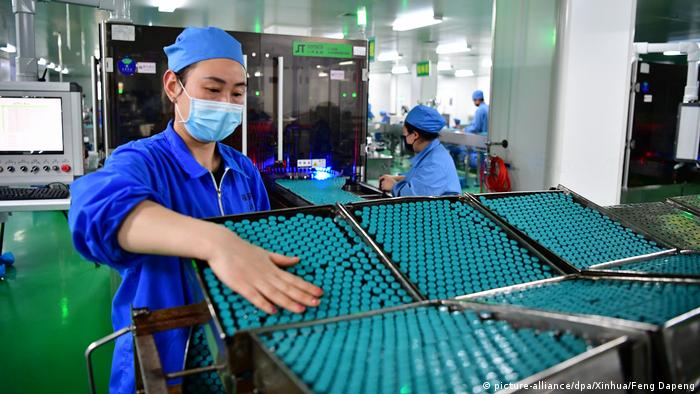 For many producers of drugs, Chinese suppliers of basic active ingredients play a pivotal role

This has led to lower prices for health insurance funds and patients alike, but cost pressures for producers are enormous so that the latter feel inclined to relocate production away from home where labor costs are high. The last big Germany-based producer of antibiotics for instance was closed down some two years ago.

Producing drugs is anything but plain sailing and can take up to 14 months. Sometimes the only thing that happens in that process in Western Europe is getting the drugs into blister packaging. The medical active ingredients, however, often come from faraway China.

China's COVID-19-struck Hubei province is home to producers of agents for 136 drugs including antibiotics, according to the German Pharmaceutical Industry Association (BPI). Though supply chains are well organized, they can be vulnerable, if there are outside pressures over a longer period.

Shipping goods from, say, Shanghai to Rotterdam takes about four weeks, so the impact of any problems is not felt immediately anyway. Moreover, suppliers usually build up a stock of three months' supply for emergency situations as Axel Müller from Intergenerika in Switzerland points out.

Consequently, says French pharma expert Eric Bouteiller, a major problem only arises for Europe when the supply chain is interrupted for half a year or longer. The Roland Berger consultancy told DW that the lack of supply chain transparency could turn into a problem during the coronavirus crisis. "If the situation doesn't get any better, stocks of active ingredients will melt down in China and India, too, meaning supplies to domestic markets will take precedence."

Facing the current coronavirus crisis, BfArM spokesman Maik Pommer doesn't want to meet trouble halfway. He says that Hubei province is not relevant for the drugs that Germany depends on. 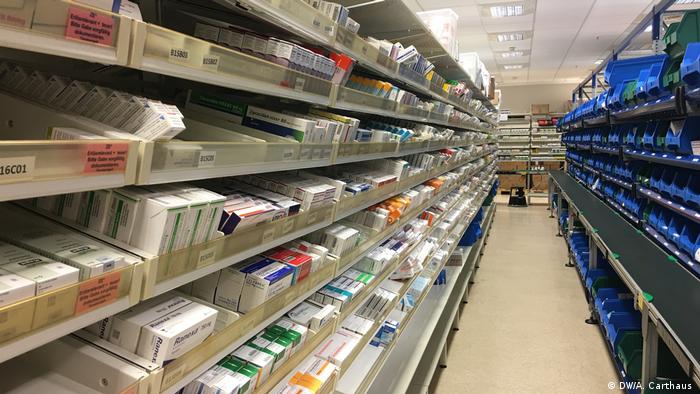 Lessons to be learned

Be that as it may, pharma firms and wholesale traders will now have to report any shortages to the federal agency in line with fresh legislation. It remains unclear, though, whether the agency will also be allowed to ban the export of hard-to-get medications as some keep demanding. The current system often sees such drugs shipped to other nations as many are cheaper in Germany than in many other nations and traders cash in on the price differential.

But it's cannot be ruled out that exactly those drugs are not there when German hospitals and private households need them.

This is what Frank Dörje, who runs a hospital-affiliated pharmacy in Erlangen, calls "systemic failure." The coronavirus epidemic will certainly trigger more debates on how to deal with drug shortages, or rather how to avoid them.

Germany's environmentalist Greens for instance suggest in a policy paper that "incentives be created to bring the production of some active ingredients for drugs back home to the EU." There's no answer yet as to how exactly this could be enforced.