Pharmaceutical companies all over the world are bending over backward to develop a vaccine against SARS-CoV-2. Such efforts are also being made in Germany. Hopes are pinned on the Tübingen-based biotech firm CureVac. 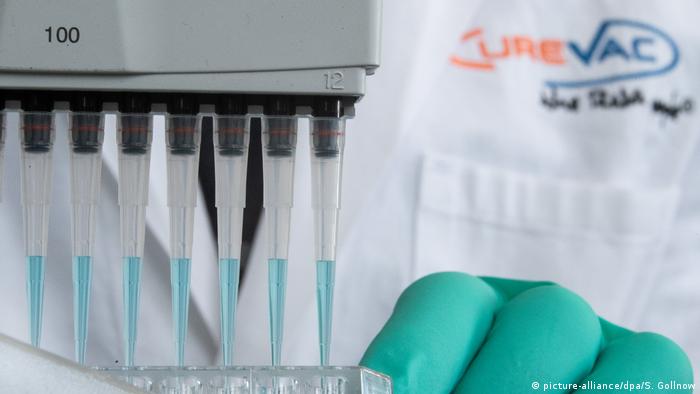 Holding company dievini Hopp BioTech is run by the billionaire and SAP founder Dietmar Hopp. It's the majority shareholder of biotech firm CureVac, which told the Frankfurter Allgemeine Sonntagszeitung newspaper on Sunday that a vaccine could be available in the fall, should everything go according to schedule.

DW asked Friedrich von Bohlen to elaborate on that statement. The biochemist is the managing director of dievini and sits on CureVac's supervisory board.

DW: There's a global race right now to develop a vaccine against the new coronavirus. How much progress have you been making lately?

Friedrich von Bohlen: First, it's important to understand what's happening at the moment. Vaccines are the only way to protect people from infections. But for those already infected, you can develop medication, and this is also being looked into right now.

We are aware now that an aggressive form of COVID-19 can cause severe pneumonia. For patients affected by this, researchers are trying to develop a medicine that can effectively fight such an inflammation of the lungs.

Finding a vaccine would be the best option, of course. There are several approaches to this. As far as we are concerned, we hope to develop a vaccine by using mRNA [messenger ribonucleic acid] as a source of information. We'll shortly be able to launch clinical tests. I believe it's a very good substance class to get a vaccine from.

You say "shortly." Could you please elaborate on this? As you know, lots of people in Germany are asking for how long they will have to follow the rules of social distancing. What's your timetable?

I'm no clairvoyant. It depends on many factors that are beyond my knowledge. I guess efficient medication will take another few months to appear. The same goes for a vaccine and its broad availability. But when it comes to such a vaccine being approved to be used for humans we're more likely talking about a year or so. 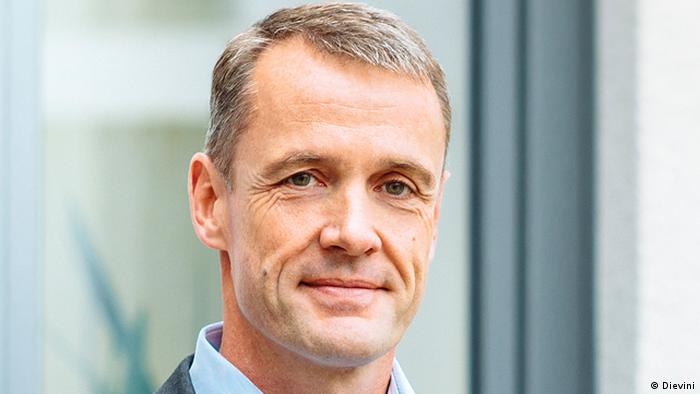 Just how much of such a vaccine could your company produce once it's available?

The big imponderable right now is that nobody knows just what degree of immunity protection people require to prevent an infection. You simply can't predict this, nor can you test this on humans in an uncontrolled manner. That's where the regulators come in to oversee a step-by-step process. That's crucial as you also want to protect the test persons. So it takes some time to get the required knowledge, and you can speed up this process only to a limited extent.

As far as the availability of vaccines is concerned, mRNA has a big advantage. We know this from a vaccine that CureVac developed against rabies. There it's possible to completely protect people with just 1 microgram, meaning 1 gram of mRNA suffices to vaccinate 1 million people.

By comparison, conventional medicines often require 500 milligrams of a substance to ensure protection. Again, mRNA is very potent, you need a lot less to guarantee protection, and the material itself can be provided quickly. I think that you could have enough material in the second half of the year, but I don't know whether it will have been approved by then.

Biotechnology in Germany is usually not really in the public focus. People have heard little about biotech companies except your own firm and maybe a couple of others. Do you think that the current crisis can provide a boost to biotech research and promotion in the country?

Support for basic research is excellent in Germany. But more courage is needed to turn research findings into corporate ideas. There are many reasons for this, among them a lack of venture capital.

Modern medicine is different from conventional medicine in many ways. What we're witnessing right now is a transformation process. Moleculobiological findings about a disease are being used in the fields of diagnosis and therapy, and that's a very innovative process where Germany has a lot of catching up to do.

We have to make sure that such companies, which create both new technologies and jobs, are located in Germany.

I think the current crisis can be a wake-up call as many have realized that many relevant companies and technologies are somewhere abroad and that it would be better to have such firms and their expertise here, all the more so since we're talking about something as important as people's health.

Friedrich von Bohlen is a biochemist and the managing director of dievini. He sits on the supervisory board of Tübingen-based biotech firm CureVac.

The race to find a vaccine